The Star Wars Xbox 360 – This IS the Xbox You Are Looking For!

Would you like your very own Star Wars themed Xbox 360? Yes, so would we! It’s coming in December. 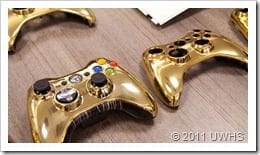 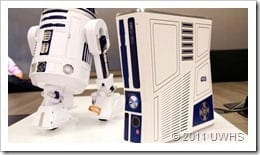 Gizmodo has the exclusive look at the forthcoming special limited edition Kinect Xbox 360 Star Wars bundle. And all I can really say is that I want one, now, seriously. Unfortunately you will have to wait until December to get your hands on one.

The bundle will include:

So do you want one?

Andrew Edneyhttps://moviesgamesandtech.com
I am the owner and editor of this site. I have been interested in gadgets and tech since I was a little kid. I have also written a number of books on various tech subjects. I also blog for The Huffington Post and for FHM. And I am honoured to be a Microsoft MVP since January 2008 - again this year as an Xbox MVP.
Previous articleTranquil Post Restore Guide for WHS 2011 Leo HS4 with MonStore Service
Next articleV-MODA Debuts True Blood REVAMP Metal High-Fidelity In-Ear Headphones