Andreas Miceli has announced the Beta for the Windows Home Server 2011 Advanced Admin Console. This new version of of the AAC brings together the tools you will need to monitor and maintain a WHS 2011 or a Small Business Server. Video coming soon!

The Advanced Admin Console AddIn is an award-winning AddIn for the Windows Home Server platform. The first AAC beta was released in January 2008 and has since then become one of the most successful AddIns for Windows Home Server with an estimated user base of over 20,000 users worldwide.

Andreas goes on to say:

The AAC 2011 Beta has been developed from scratch in order to fully harness the new features and capabilities available in the 2011 range of Windows Server operating systems from Microsoft.

Important Note: This Beta version of the software is available now and will cease to function from August 1, 2011.

With the AAC you can access your network devices and Remote Desktop. 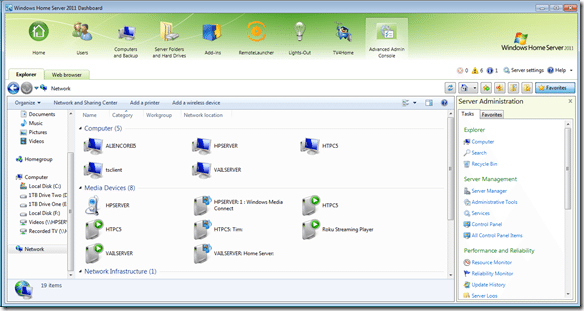 You can also get information from your drives. 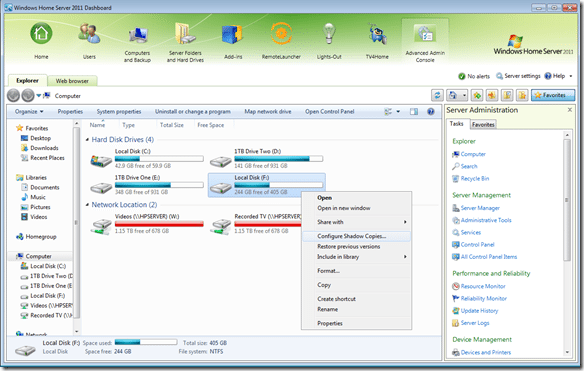 The AAC also has a browser interface that can allow you to access websites from within the Dashboard. 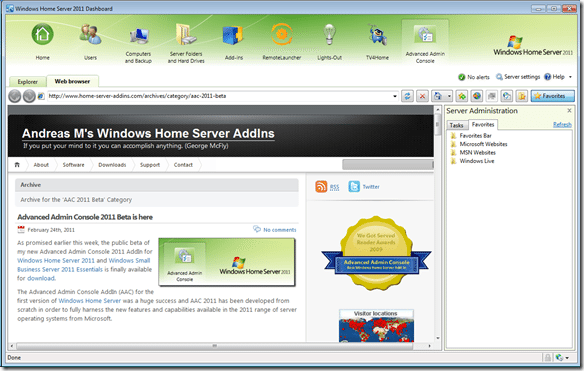 There are more features so download the Beta Add-In at: