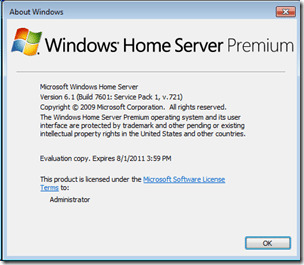 Although Vail, the pre-cursor to 2011 RC, had a semi-working version of Drive Extender, the decision was made to not include it in 2011 and drop the technology.

With the availability of 2011 RC, we see a new way to manage our data called Server Folders. Server Folders allows us to assign our folders to specific drives and manage those folders independently. Although a folder is limited to 2TB, you can add new folders or a new drive at any time easily with just a few mouse clicks.

Structure your folders names and locations logically from the start and you will always leave room to expand.

Folders and Drives are limited to 2040GB (2TB) due to a limitation of the Backup feature in 2011. By design, any internal disk installed will be partitioned to a maximum of 2040GB with the remaining disk space partitioned separately. This means a 3TB disk will have two partitions; one as 2040GB and the other as 756GB. This feature is in the Dashboard as a precaution to avoid data not being backed up on any specific drive.

This new to WHS function, now included in 2011, allows you to restore a folder and its contents to a prior time and state. 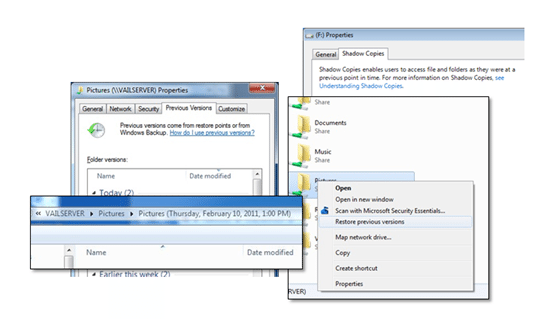 Server Backup and the 2040GB Limit

Server backup for 2011 was based on the backup feature set of Windows Server 2008 R2. This backup allows you to back up your 2011 Operating System, client backups and Server Folders. The OS backup, which I have performed twice this week, works great and will restore your C: drive quickly and easily. The client backups also are easy to restore although they take much longer due to the large size of the files. The only major limitation of the backup feature is that it cannot backup files and folders on volumes that require more than 2040GB. This size limit is based on a virtual hard disk limit (vhd) and since the server creates a VHD for each source volume, the limit is set. 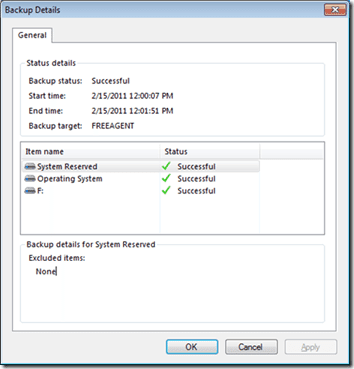 Below is a good explanation I found on TechNet:

“…VHDs cannot exceed 2040GB. The reason for the 2040G limit is the length of each Block Allocation Table entry is set to 4 Bytes and the maximum valid value is” 4,294,967,294 (0xFFFFFFFE). “If you multiply that value by 512B sector size and then subtract the overhead of on disk meta-data structures, 2040G will be the maximum size of dynamically or differencing VHDs.” If you recall from an earlier BYOB episode, the math on this number is the 2.199TB limit and when you subtract VHD overhead you get 2040GB.

For the super geeky there is a great White Paper at:

So there you have it; Major differences between WHS v1 and WHS 2011 as they relate to data and drive space. There are some other important features of WHS v1 such as client PC backups, remote access, media sharing and Console management that remain somewhat the same between versions. I will leave that for another podcast…

With the release of the Windows 10 Creators Update...
Read more
Gaming

Microsoft introduced us to ReCore last year, which was...
Read more