To some this type of Restore isn’t anything new while others have never heard of it. I was in the last camp until one day last year I was just reading the Microsoft Windows Home Server forums. I know it sounds kind of geeky to be just reading some forum for the hell of it but I’ve learned a lot about WHS doing so and have seen many problems that I’ve never had pop up with either of my two WHS, they both just work. Never the less I gleam some useful tips now and then from it.

Such was the case when I ran across a post about a person having trouble trying to restore one of his machines. The tip was to use Client Restore Wizard located on the Client in C:\Program Files\Windows Home Server. Again this isn’t anything really that new and in fact Drashna over at We Got Served did a post on how to do this. His post however used the Home Server as the Client and to be honest, and in Drashna’s own words admitting the fact, was a bit cryptic to discourage this type of restore because it can screw up your WHS if you don’t pay attention to what you are doing. Picking the wrong drive can break your WHS in a BIG WAY. In this post I’m not trying to one up Drashna but instead I want to point out that Windows 7 has extra steps or the system will not boot.

First I guess this begs the question of why would a person even want or need to do this type of restore? I can think of a couple of reasons. First one being no matter how hard you try to get the Restore software to find the Home Server it fails most likely because the correct NIC drivers didn’t install. This can happen for far too many reason to list here but a couple of the reasons are the Restore CD media is pretty old by hardware standards and the drivers are simply just not on the CD. This is happening more and more, because a lot of people are choosing to go with 64bit systems. The second reason is, in my opinion, faster and there is no driver issues to deal with.

I suppose a downside to this type of restore is a bit more work because you have to move drives around from the dead box to a working machine which involves opening up cases and hooking stuff up. But if every other type of “normal” restore has failed, you don’t have much choice other then a reformat and reinstall the OS. Consider this a last ditch effort if all else fails. And for God sakes if you are not comfortable digging around inside your PC DO NOT attempt this!

The alterative is just slip the drive you want to restore in a external USB drive enclosure which will work but be slower because of the slow USB buss. You might even remember Timothy’s post about using the external USB drive approach that ultimately failed because… wait for it… NIC drivers. Timothy tried to use the normal restore using the restore CD. His restore was booby trapped because he was trying to restore a 64bit system. Like most users of WHS (remember WHS is designed for the “average” user of a PC) Timothy simply didn’t know about the 32/64bit driver issues. Of all the things great about WHS this driver issue, in particular the NIC drivers, is probably the biggest snafu in an otherwise great product. I’ll get a post up about this driver issue shortly and what to do about it.

The Issue With Windows 7 Restores and Fixing it

The special requirement for restoring Windows 7 is most (for some reason some OEM installs don’t have this, my netbook doesn’t ) have a hidden 100MB partition that is used for booting and I believe something to do with the BitLocker software that is part of the Ultimate edition, though I’m not positive on that last part. Without this hidden partition the system will not boot. There are a couple of ways to work around this. Microsoft is aware of this problem and has issued a KB white paper on this that Andrew posted a few days back. That article still has one fatal flaw and maybe two, both have to do with the 64bit driver issue. Again I’m not going into that in this post because it is something we don’t have to worry about with this kind of restore. Remember I said one of the advantages of this type of restore is no driver issues.

The first way is simply just restore the drive without the hidden partition but, like I said, the system will not boot if you do it this way. To fix this simply boot off the Windows 7 Install DVD and run the “repair” wizard. While this does work it’s not very “clean” and makes a persons blood pressure go up when the system doesn’t boot after a restore if they don’t know this. Plus if you are restoring a OEM system you probably didn’t get a OS install disk. If that is the case now would be a good time to make a “System Repair Disc” using the Wizard in Windows 7 for when “that day comes.”

The second way to fix this is to create the hidden 100MB partition like the Microsoft KB paper states either during or before the restore. I prefer to prepare the disk before starting the restore. This way I know EXCATLY which disk I’m going to be working with during the restore because I’m also going to give the drive a unique name that will be easy to identify during the restore.

Chances are if you are reusing the disk out of the broke machine it will already have the hidden partition on it, which is fine an dandy, but we don’t really know if it is not corrupt in some way. If you are using a new disk because of disk failure or you just want to install a larger drive we need to (re)create the hidden partition. For this article we are going to be using a new drive.

Once the disk being restored is connected to the client begin by clicking Start/All Programs/Administrative Tools/Computer Management then Storage/Disk Management. Now you see all of your drives listed and here is where things can go horrible wrong. YOU MUST MAKE ABOUSLUTELY POSITIVE WITHOUT A DOUBT SURE that you are working with the disk you want to restore to. If you screw this up, you not only have one, but two borked machines or at the very least lost data on your client. So put the beer down (Timothy!) and pay attention here. Since you are here at Using Windows Home Server you are already above the “average” users so this going to be simple.

As you can see in above screenshot the new drive doesn’t have a drive letter. Mine is listed as Disk 2 and is highlighted in Green. Also notice my C: drive has that 100MB hidden partition highlighted in blue/gray. This is the partition you DO NOT want to touch and why when I create the new 100MB partition I will give it a name I can identify during the restore. Also note that in the upper panel it only shows three drives but if you count in the lower panel it shows four partitions. This is all because of this 100MB partition and why it is so important to understand what you are looking at here and how easy it is to screw up the client you are working on. Now that we know what to look out for lets setup the new drive.

Following the white paper instructions we use Disk Management to create a “Simple Volume” that has a size of 100MB on the hard drive. Do this by right clicking in the “Unallocated” space of the new drive. (my Green one)

Back in Disk Management right-click this new 100MB volume, and then click “Mark as Active.”

We also need to create new partition(s) on the remainder of the drive, we’ll do this just like before. Right click on the other Unallocated space and choose New Simple Volume. Follow the Wizard and adjust the Volume size to your needs, ie if you have a D: ect. partition(s). Only thing different is this time we choose “Assign a Drive Letter” and pick the drive letter of you want.

That is it for setting up the new disk for the restore. However I still want to give these new partitions names so they are easy to identify during the restore. I’m not so much worried about the Primary drive since it has a drive letter, R: in my case, but I’m going to name it anyway. This is as simple as right click/properties on each new partition then in the General Tab of the dialog box just type in the new name for each the new partitions then click Apply/OK.

Here is what my final Disk Management looks like. The Green drive is once again my new drive for the restore and the Red drive is my client system. Now you see why it is so important to understand what drive is which and this 100MB partition deal. This all seems like a lot of work but really it only takes a minute or two to get the drive set up. But because of the way Windows 7 sets the disk up with that 100MB partition you need to understand this Disk Management deal when restoring a drive outside of its normal machine.

From here is it just like any other restore. Launch Client Restore Wizard.EXE from C:\Program Files\Windows Home Server fellow the prompts and just choose the new drive you just set up for the 100MB and System partitions. After the restore is done put it back in the original machine and boot it up.

To be honest after the first time reading the tip on the MS WHS forums and trying a do a dry run I got stuck at the drive selection. I couldn’t figure out which 100MB partition was which and which one to put where. I even posted a question to the forum asking how to do it. That answer was also pretty cryptic too. That MS white paper hadn’t been released either so I had to kind of stumble through it until I got the routine figured out. So I hope this helps someone out sometime. 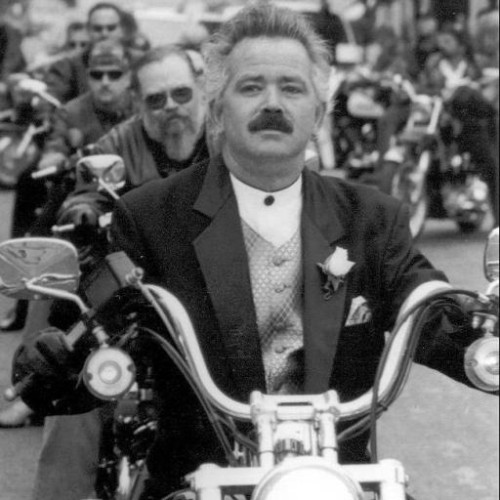 To be completely transparent, I had no idea what Astlibra Revision was when I first set out to play it. At face value, it...

An incredible photo editor in a cramped marketplace.
Reviews

The summer of building continues with all-new building packs...