If you don’t have automatic updates switched on, in which case why not, now would be a good time to switch it on to make sure that you don’t miss out on any updates in the future.

This is the release of the English version, with Chinese, French, German, Japanese and Spanish currently scheduled to be available before the end of April.

If you want to read the documentation for Power Pack 2 click here.

You can check that Power Pack 2 has installed correctly by opening the Windows Home Server Console, clicking on Settings and the Resources, and confirming that the version you have installed is 6.0.2030.0 as shown below. The image on the left is the pre PP2 version numbers and the one of the right is the PP2 version. 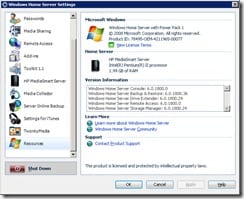 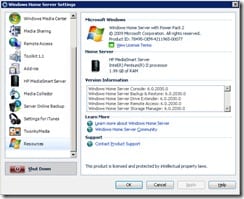 All of your computers that are currently running the Windows Home Server Connector will have the connector automatically upgraded to the new version.

There are a number of new features and enhancements that are delivered with Power Pack 2.

The Remote Access settings experience has been greatly enhancement to make it even easier to setup and configure remote access to your Windows Home Server. There are some new wizards as well to help you with the initial configuration of remote access, and also to repair your existing configuration as well. 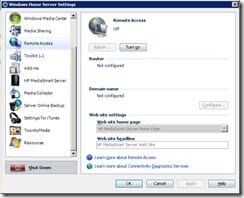 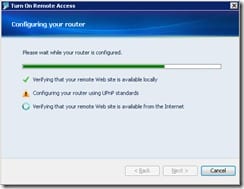 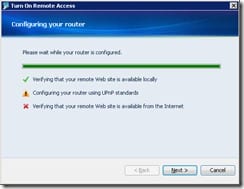 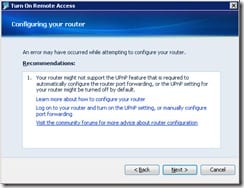 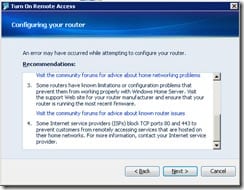 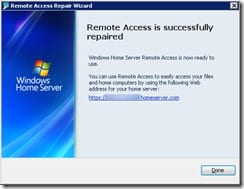 The troubleshooting help has also been improved.

Have you ever tried to restore files and folders from a backup only to have the process stop somewhere between 79 and 81%? Well if you have then there are some fixes included in PP2 which should help eliminate this!

The Windows Home Server SDK has been updated and includes facilities to enable add-in developers to display a EULA during installation, amongst other things.

Improvements have been made to the amount of notification messages that WHS produces about the files that are stored in your Shared Folders. Previously the amount of messages produced could cause high CPU utilisation for any applications that might be accessing these files, such as a Zune. This update rectifies this issue.

Have you ever tried to copy large files from your Windows Vista computer to a share on your Windows Home Server and had it fail because you didn’t have enough free space on your WHS Primary Drive? For example, you only had 3Gb of free space on your primary drive but you wanted to copy a 5Gb file to your Videos folder? Well, this update changes this from needing the free disk space on your primary drive to needing the free disk space in the storage pool, which after all is what you were expecting, right?

Obviously there are some bug fixes included in Power Pack 2.

If one or more of your home computers has been running the Windows 7 beta, then you would have noticed already that prior to PP2, the Computers and Backup tab showed any Windows 7 computer you had as a Windows Vista computer. Now with PP2 installed WHS correctly identifies Windows 7 – as you can see below.

Improvements have been made to the “Day 1 Experience” which basically means if you were to be installing Windows Home Server with Power Pack 2 for the first time there are now less screens that you have to go through before being able to use it.

There have also been some improvements in the Windows Home Server Connector installation experience.

With the release of PP2 comes support for MP4 audio and video. Also, any content that is stored on your WHS and shared via WMC, including those MP4 files, will now show up in the music or video library with title, artist, composer, album and genre metadata.

For some of you, this might be the one thing you were waiting for! This enhancement enables your Windows Media Center to connect to your WHS and access content that has been stored in your Shared Folders.

You can also use your Windows Media Center Extender to view content stored on your WHS.

How cool is that? In the past, you could hack your WHS and WMC to enable some of this functi
onality, but thankfully it is now fully supported and provided to you without the need to do anything extra. So, do you think that the future might see even more WMC integration with WHS? 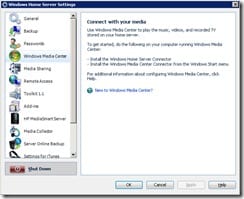 On the Start menu, find Windows Media Center Connector and click it.

The UAC box will appear (assuming have haven’t switched UAC off) – click Continue.

The next screen to appear is the Windows Media Center Connector installer. Just click Next to carry on. 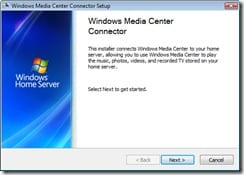 You will then be asked for your Windows Home Server password (remember this is the administrator password). Type it in and then click Next to continue. 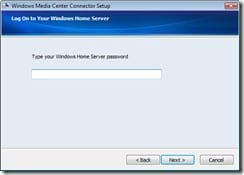 The installation will only take a few seconds, then when it is complete you will need to click the Done button to restart your computer. If you don’t want to restart at this point you can check the “Do not restart now” box – just make sure you restart before you want to use the new functionality. 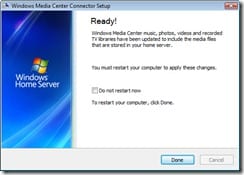 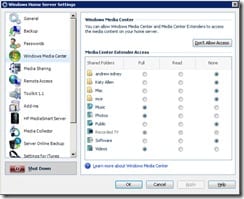 When you go into the Windows Home Server Console and click on the Shared Folders tab you will notice a new tab called Recorded TV. 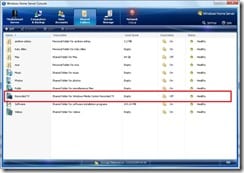 If you double click on the Recorded TV folder you will notice that Folder Duplication is switched off by default, so if you really want to protect your Recorded TV, now might be a good time to enable it. 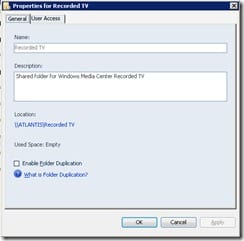 Another nice feature is that every user by default gets Full access to the Recorded TV folder. So if you don’t want every user to have this, make sure you go and change it. 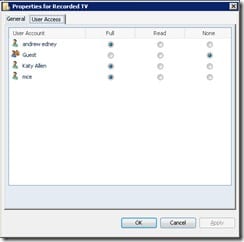 It is important to know that Windows Media Center does not automatically copy your Recorded TV from your Media Center to the Recorded TV folder on your Windows Home Server. This is something that you still have to do manually. Why then you may ask is it there? Well, it’s for consolidating your recorded TV content, and also ensuring that it gets backed up. All very useful!

Ok, so that’s it – what are you waiting for – go get Power Pack 2 and start experiencing even more with your Windows Home Server.

Andrew Edneyhttps://moviesgamesandtech.com
I am the owner and editor of this site. I have been interested in gadgets and tech since I was a little kid. I have also written a number of books on various tech subjects. I also blog for The Huffington Post and for FHM. And I am honoured to be a Microsoft MVP since January 2008 - again this year as an Xbox MVP.
Previous articleWindows Home Server Finally Available on TechNet and MSDN – Really, It Is This Time!
Next articleThe Media Center Show #199 – Round Table and Windows Home Server PP2

The summer of building continues with all-new building packs...
Android

Cloud Gaming has come a long way in a...
Microsoft

With the release of the Windows 10 Creators Update...
News