If you’re a fan of the Man of Steel like I am and you’ve been eagerly awaiting news on his return to the big screen, then wait no more because we finally have confirmation. A new Superman movie is officially in development!

The Hierarchy of Power

In October, James Gunn and Peter Safran were appointed Co-head and Co-CEO of DC Films. Ever-since then, fans have been clinging to Twitter in hopes of learning anything and everything about the duo’s plans for the DCU, and we just got our biggest piece of news yet.

Recently, Gunn told fans on Twitter who worried about the absence of Superman that “…Superman is a huge priority, if not the biggest priority”. This put fans’ fears that Gunn wouldn’t focus on big-name heroes for DC films and opt for lesser known ones to rest.

Now, Gunn has confirmed that the DC Film slate he and Peter Safran have been planning out is now set in stone and that there is indeed a new Superman movie in development, which Gunn is writing.

The film will focus on Clark Kent in his younger years as a reporter at the Daily Planet, which sadly for many fans means Henry Cavill will not be reprising his role as Superman. This comes as a shock to many as it was previously announced in October that he would.

There’s a lot to unpack here, so let’s dissect all the news below.

Although there’s so much to unravel and we still are unclear on what Gunn and Safran’s overall plans are, it would appear the DC Film universe is getting a total reboot. At the heart of this reboot, it seems DC is finally realizing they have more than Batman and for once are emphasizing Superman.

For me, the idea of a movie focusing on a younger Clark Kent, being a reporter, and falling in love with Lois Lane, all while learning the great responsibility he has to be the world’s hero, just makes me giddy inside. Superman is my favorite hero, he is the symbol for which all heroes in fiction aspire to be, and if done right, Superman could redefine all of superhero cinema.

I’ve seen some fans online worry about Gunn writing the script for the film, which is fair, but I wouldn’t stress over it. Gunn’s style may not necessarily fit Superman, but Gunn is an insanely talented writer, and he arguably understands comics better than any director out there.

James Gunn knows the importance of Superman, you can’t build a DC universe without him, and I have the up-most faith that he’ll deliver a stellar script.

But… What about Henry?

It’s not an unpopular opinion to say that Henry Cavill is a phenomenal actor. There’s also nobody else on the planet that has the Superman look more than him. For all of the problems with Man of Steel and the ‘Snyderverse’, Cavill was a tremendous Superman but unfortunately, he wasn’t given an adequate chance to follow up his only standalone Superman film.

I hate that we never got to see Henry stop Brainiac from harvesting all knowledge, or going toe to toe with Metallo, a worthy Lex Luthor, Bizarro… the list goes on. No matter how you spin it, Henry’s tenure as Superman will always come down to two words, “Missed Opportunity.”

It stings, even more, considering shortly after the release of Black Adam in theaters, Henry was given the go-ahead to announce his return. Any hate that fans are sending to James Gunn over this is unjustified. Keep in mind, Gunn had nothing to do with Black Adam or getting Henry back. James Gunn and Peter Safran are trying to develop a cohesive universe, and DC Films are long overdue for a reboot.

Time for a Reset

Many fans were unhappy with Batman Vs Superman and The Justice League 2017 film. There was a great divide in the fan base between people who liked what Zack Snyder was building and people who thought he had no idea what he was doing. The original DCEU was just a rushed attempt at hopping on the MCU hype train without any real thought.

Listen, rebooting is never easy. It’s a process that requires a lot of thought and long-term planning. When you have fans who like the old stuff plus the people who played the roles, scrapping it all and starting over is going to make many unhappy. If a reboot is really what’s happening (it probably is) then I applaud James and Peter for ripping the band-aid off now.

After all, they are planning out the next ten years of film and television, and it’s their job on the line if it doesn’t succeed. I’m excited about the idea of ‘new’ in a film universe that was beginning to grow stale, so James and Peter have my unwavering support.

We have no idea when to expect this new Superman film, but if you’re hoping to see it soon, I wouldn’t hold my breath. There’s no indication of where this new Superman movie is in its development, other than Gunn is writing it. Gunn confirmed that they will be sharing more about their slate of DC Films in January, so hopefully, we should get some confirmation on it then.

I love Superman, I love DC, and more than anything I want DC Films to succeed. Sure, I’m sad for Henry because I know he loved the character, but if this is what’s best, then I’m all for it. I want the characters I love to shine on the big screen. I want other people to see how special this universe is, and how special characters like Superman are.

When you see Superman flying, you believe you can fly. No matter how vile or malicious we may be, Superman continues to believe in us, believe that we can be better. He sets an example that we all should aspire for, and more than anything, the world needs a Superman right now. A Superman that shows the world that it’s okay to be different, it’s okay to love unconditionally, and it’s okay to be… you.

I wish James and Peter nothing but the best of luck, I’ll be rooting from the sidelines as a mega fan. Hopefully one day I’ll get to join you as a writer to help bring these characters to life. As for Superman, Batman, and all of DC’s characters for the future of this reboot, I can’t wait to see what the future holds.

(Below are a few DC characters I’d love to see on the big screen in the future.) 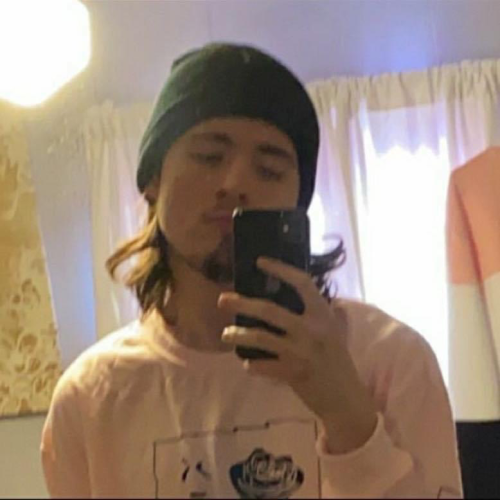 Treat yourself or others this Valentine's day.
News

Top Casino Movies That You Need To Watch: A Comprehensive Guide

Want to know the best casino movies to watch?...
News

4 World of Warcraft Facts You May Not Know About

World of Warcraft is by far one of the...