A few years ago, I moved to the island of Gotland for my studies. When I got here, the first person I met was a 27-year-old socially awkward student who asked if I liked Vikings after saying hello -I do like Vikings.
Without knowing his name, he gave me an hour-long [at least it felt like an hour] presentation on the island’s history. I wasn’t paying much attention until he said that Geoffery of Monmouth, a historian with an untenable imagination, believed that King Arthur conquered Gotland without fighting anyone! So, basically, in Geoffery’s version of the story, Arthur was such a bad-ass that not only did he kill the emperor of the Roman Empire, but random countries and islands such as Gotland, Wenelande, and Orkey just surrendered themselves to him out of fear! I doubt King Arthur did anything resembling that; it’s more likely that Geoffery thought nobody knew enough about these random parts of the world, so why not add them to the mighty empire of Arthur?

In some ways, I sympathize with Geoffrey and his original vision of King Arthur as a mighty conqueror. The original Arthur wasn’t some god-fearing king of the people who fought and died so that everyone could live in peace and harmony. He was a vengeful tyrant who attacked the Vikings of Norway, Denmark, and Iceland to set the score for their past; he was such a punk that people had no choice but to give away their whole lands to him.

While I haven’t talked to that interesting student with a disturbing amount of historical knowledge for a long time, I have thought a lot about his story of King Arthur; what would it be like to have a tyrannical King Arthur who brutally subjugates people without hesitation?

Well, King Arthur: Knight’s Tale allowed me to actually play such a scenario!

Developed and published by NeocoreGames, King Arthur: Knight’s Tale puts you in the shoes of the dreadful bastard son of King Arthur, Mordred. After the battle of Camlann [the Ragnorak of Arthurian Legends], every character from the legend has been brought back to life, including King Arthur as an accursed monstrosity. Lady of the Lake, a machiavellian goddess whose deeds and purpose are unsettlingly mysterious, chooses Mordred as the new king of Britons.

Because of Mordred’s reputation as a vicious prince who only seeks power and riches, the game lets player choose whether they want to be a just and honest king like the King Arthur we all know and love or a power-hungry tyrant like Geoffrey of Monmouth’s King Arthur.

Now, the sad news is that you cannot conquer Gotland in this game. However, you are given two spectra of morality that determine what kind of ruler you’ll be. Not only can you be noble or tyrannical, but you can also choose to either preserve the old faith [the ancient pagan religion of britannia] or make Christianity the dominant religion of the island. The religious dichotomy of Britain and the inescapable conflict between the two religions is one of the biggest highlights of the game. It signifies the outburst of the interconnected antagonism that comes after a mythical glorious age of harmony.

As the new king of Avalon, your time is divided between managing the ancient castle of Camelot and going on missions to handle different matters with your most trustworthy knights of the roundtable. Nearly every character from the Arthurian legends shows up in the game, and your interactions with them are decided based on your choices regarding morality and religion. For instance, the valiant Sir Lancelot could join the knights of the roundtable as one of your most powerful assets, or he could lead a great rebellion against you to bring back righteousness to the island. Unlike many Squad-based Tactical-RPGs of the same nature that emphasizes grinding to expand the time of the game, King Arthur: Knight’s Tale avidly stops you from grinding. Every single mission has a story that develops the melancholically hilarious characters and the well-crafted grimdark world of the game. The only downside is that after recruiting a character, their story is done, and you hardly ever get the chance to explore their story further. The character would have had a better chance of getting fleshed out if the players had the opportunity to go on a handful of missions related to their fellow knights of the roundtable.

Someone described King Arthur: Knight’s Tale as a medieval-fantasy XCOM, and I don’t find that description too far-fetched. Missions include tactical battles in which you have to overcome extremely challenging opponents that truly require you to spend time thinking about each and every move. This is one of the most punishing Tactical-RPGs I have ever played -I played on both Hard and Normal. The deliciously well-designed combat makes it so satisfying that you forget all about dying a hundred times after finishing a mission. The challenge doesn’t end on the battlefield; the choices you make when you’re managing your kingdom is just as important and can easily determine the fate of your brave knights in the next mission. Some of them might not see tomorrow if you are not careful about how you spend your recourses. It is notable to mention that as hard as King Arthur: Knight’s Tale can be, it’s never unfair. I never got to a point where I was too fed up with the game. To give you an idea, the game provides very rare items to resurrect your lost comrades, so if you are ever caught in a situation in which you cannot do a thing to save your favorite character from imminent death, the game helps you bring them back. That being said, the game has a big issue with balancing. Sometimes you love a character, but you are forced to use others because archers -for example- are not as good as mages. I believe making the classes more balanced would help the game immensely.

I played the game when it came out, so it was inevitable that I would face some irritating bugs. While I never minded minor bugs such as voices not playing or certain activities not triggering for a few moments, I got very angry when at the end of battles, the enemies sometimes just decided to stop moving. There were moments in the game when I had to replay a mission or a fight that was going very well because of game-breaking bugs. By itself, this issue is not a big deal, but it was only infuriating due to the difficulty of the game and the fact that you cannot quick save in the middle of a fight.

Another gripe I have with the game is the post-game content. I cannot express how much I enjoyed King Arthur: Knight’s Tale, but when the game ended, it felt very lackluster and unfinished. Imagine if the story of Little Red Riding Hood would end when the wolf devours the grandmother. Fortunately, there’s the post-game content where the story continues without voice-acting or well-designed and story-driven missions. The post-game content felt like it was meant to be part of the main story, but due to whatever reason, the developers didn’t have the time or resources to finish it, so they decided to make it into something extra that no one could complain about.

To end this review on a positive note, let’s talk about the visuals. King Arthur: Knight’s Tale has a unique take on Arthurian Legends in terms of aesthetics. It’s like if you combine Warhammer 40k with Glen Cook’s Black Company and set it in Avalon.

The dark and grimy world of Avalon truly comes to life with its cleverly designed knights, picts, and demons, who are all disgustingly grotesque, and there’s nothing more satisfying than spilling their blood in the dark corners of abandoned churches of this god-forsaken land.

The only issue with the presentation is some awkward moments from the cinematic cutscenes where the movements of characters -lady of the lake specifically- show the low budget of the game. But of course, everything else is so masterfully crafted that you’re not going to care for those moments much.

King Arthur: Knight’s Tale is a grotesquely atmospheric take on Arthurian legends that explores the dichotomies of an era of Britannia when it was torn between the remnants of its gold gods and the newborn Christian religion. Neocore did an excellent job with this game and I’m sure many fans of Squad-based Tactical-RPGs will enjoy this game for tens of hours. 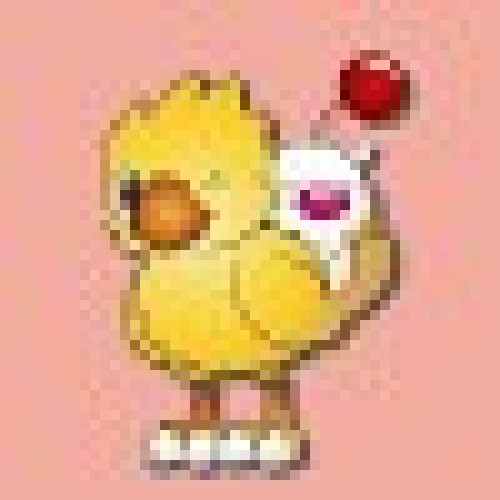 Kami Ghorbanpour
A game designer and avid fan of niche games produced by unorthodox and innovative artists. I spent a whole month trying my best to play a game in a language I couldn't understand; while not entirely successful, I do not regret a thing.
Previous articleReview: Deck of Ashes
Next articleReview: The Stanley Parable: Ultra Deluxe

You are mankind's last hope.
Gaming

If you love adventure games that are based on...
Reviews