Source of Madness is a strange and intriguing game. Would you like to walk through a world of eldritch horrors, odd creatures and ominous areas. What’s more, all of this, the textures, enemy behaviors, is all controlled by neural network AI. It’s certainly a unique concept for it’s genre, but is it something worth playing? Let’s find out.

Note that this is an early access review, and as such may not be representative of the final product.

The game is a roguelite, so the basic gameplay loop is as follows. You spawn by choosing one of three characters, then you purchase upgrades using blood you’ve acquired in past runs. These can be new classes, upgrades to existing classes, health flasks etc. Next you leave the main hub and progress out into the world. It’s a side scroller, so you head out and fight enemies and battle your way into the next zone, fighting a boss at the end of the zone.

The game has been compared to dark souls and diablo, and it’s not hard to see why. The creepy atmosphere of a grim dark fantasy world. The tough and strange enemies. Even the text when you enter a new zone matches dark souls. You have two ring slots, which give you your spells, on left and right click. Being in early access the content is not fully fleshed out yet, with only the first act fully completed. Combat can feel a little too floaty and odd at times. Escaping combat and moving around the map can feel a little janky at times.

This is the strongest area for Source of Madness. From the music, the creepy monsters and the strange levels, this game is oozing with thematic horror. It really makes the game shine. Plus, its textures are apparently AI controlled, however that works, which is definitely an interesting feature. I did find my eyes getting strained after around an hour or so of play. I think it’s because of the way everything blends together. Otherwise, the presentation is spot on.

Firstly, the sound design is perfect. Hearing the distant screech of monsters, among other ominous sounds, really adds to the theme. The feel and look of your spells as you cast them is satisfying. The procedurally generated areas remain varied and interesting enough to encourage further playthroughs. The UI is intuitive and works well. All of this provides a great experience, though it is not without its faults.

Your spells awkwardly collide with your enemies in a way which doesn’t feel impactful. At times it is hard to tell what is an enemy, and what is a corpse or just an obstacle in your way. It’s hard to tell if your getting hit sometimes. I would swear I took a hit then check my life bar and see that I didn’t, and vice versa. Finally, while the game is visually varied, the difference between spells doesn’t seem fully fleshed out yet.

Overall, Source of Madness is promising title, held back by a few design choices. It’s perfect for those looking for a good hit of Lovecraftian horror. It’s certainty a title to keep an eye on as it’s development cycle continues. A promising early access title. 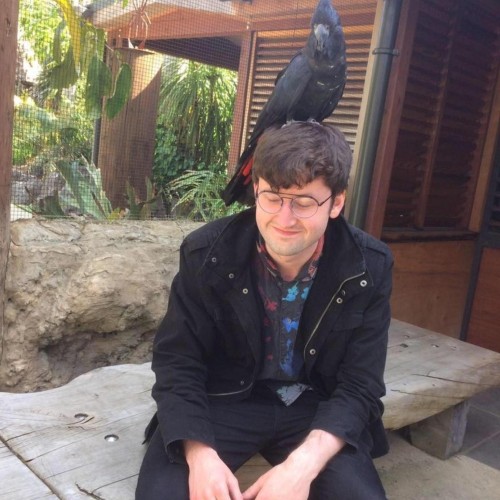 Conor Spring
Conor is an avid gamer, with a love for all genres. Recently he has been heavily into strategy games and replaying some old RPGs like Dark Souls 3. Mainly a PC player, but has an Xbox back home in New Zealand
Previous articleTwo Minute Review : Twelve South Forte for iPhone with MagSafe
Next articleReview: BARRICADEZ ReVisited