Atelia Ryza 2 is a classic Japanese RPG taking everything you expect from a Japanese RPG and mixing it with superb graphics, music and gameplay. The game doesn’t reinvent the genre but offers enjoyable gameplay and story experience—all with outstanding graphical and musical quality.

When you start Atelia Ryza 2, you will immediately notice how beautiful this game is. The game mixes a 3D world with a fresh colour pallet and graphical fidelity that makes the game stunning. I found myself continually running about the game’s lush environments and in its big cities, astonished by how pretty the 3D models and surrounding area looked. From a graphical standpoint, Atelia Ryza 2 is a masterpiece. The graphics in Atelia Ryza 2 are in a league of their own.

Games such as Legend of Zelda: Breath of the Wild, although they look gorgeous. Pale in comparison to Atelia Ryza 2’s graphics. Although a shame games such as Breath of The Wild have inferior graphics. This game shows the future graphical potential of Japanese RPG’s. I reviewed Atelia Ryza 2 on Playstation 4, and it was still stunning. The eventual new Nintendo console and the current next-gen hardware can push games in the genre to a new level.

The recent announcement of Pokemon Legends and the already announced Breath of the Wild 2 can hopefully offer the same high-quality graphics Atelia Ryza 2 offers. Although Atelia Ryza 2 offers stunning graphics, it is worth noting that it is not an open world. The games separated into areas allowing the game to push its graphical potential. Nevertheless, the game is stunning.

Aside from Atelia Ryza 2’s great graphics, the game has stellar Japanese voice-over work but lacks an English voice-over. The cutscenes are also painfully long. I found myself watching more of the cutscenes than playing the game. Thus, shorter cutscenes would have improved the game’s pacing, which is relatively slow from the onset of the game.

Nevertheless, the story is excellent, with a fantastic musical backdrop/soundtrack. The soundtrack is a standout, drawing on classic adventure vibes that make you feel like you are embarking on a life-changing adventure. In this adventure, you will encounter many monsters and enemies along your journey. Battling them is fun but relatively simple. The game takes inspiration from the classic RPG turn-based gameplay mechanics of its predecessors in the genre. Although Atelia Ryza 2 does not reinvent the wheel in terms of battle mechanics, they are fun and enjoyable. Atelia Ryza 2, in this regard, doesn’t try to fix what’s not broken, providing a great gameplay experience.

Overall, Atelia Ryza 2 is an excellent Japanese RPG that doesn’t reinvent the genre but provides an enjoyable story and gameplay experience wrapped up in outstanding graphics and musical score. As a result, Atelia Ryza 2 should be picked up by any Japanese RPG fan. It was an absolute pleasure to play. 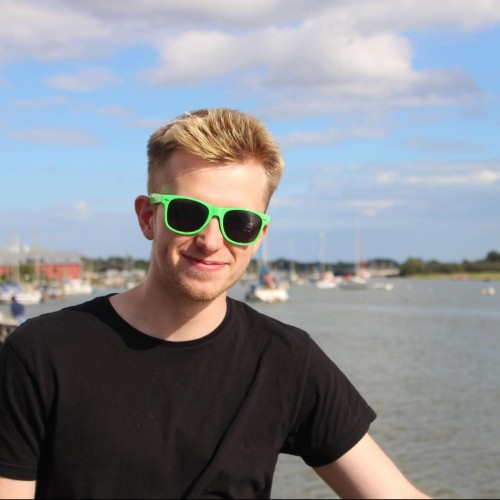 Jack Boreham
My name is Jack. I've been a video gamer all my life since getting my very first starter Pokemon on the GameBoy Advance. When I'm not becoming a Pokemon master, I'm a freelance writer, podcaster and content creator. You can check out my work on my website PixelPolitics.co.uk
Previous article
Review: For The King: Lost Civilization Adventure Pack
Next article
Review: Under the Jolly Roger

A phenomenal desk for your home or your office.
Reviews