It’s not too often that a game like Foregone comes along that makes you appreciate how far the industry has come. Whilst Foregone could be just another platform title, there is certainly more to it than initially thought.

In Foregone, players take on the role of a mysterious woman who is determined to fight her way through tons of enemies to find and destroy every single one of her targets. Her land has been torn apart by a war between two nations and now all that remains are waves and waves of creatures that only seem interested in killing anyone that dares to come near them.

At first, Foregone may seem like a standard attempt at a Metroid like game, but it soon becomes apparent that it’s aiming for something slightly different. The obvious deviation from this path is the more linear approach to its platforming. In Foregone, the way forward is always clear and any upgrades that the character obtains usually either make her stronger or make it possible to progress further.

Instead what we get is an interesting approach to level design in the platforming genre. Initially, the game wisely decides to ease players in by offering a fairly standard route to go through as they get to grips with the controls and how the game works. It doesn’t take too long until some more interesting ideas are introduced, such as doors that are only unlocked when defeating enemies or finding a switch, but the real winner is its approach to how these tasks are done. The pathways that the character must navigate to unlock doors and such are designed in such a manner that there is rarely a moment when backtracking is necessary. Instead, the game relies on a complex design scheme to make it so that getting to the next area or goal never really feels like a chore.

The enemies are many and although it’s not necessary to defeat them all, being able to evade them requires some strategic thinking. Not taking on every enemy soon becomes necessary for those that want to survive, for the game decided to take an idea from games like Dark Souls, by introducing the risk of losing some resources when dying. As with Dark Souls, it’s necessary to go retrieve these resources from where the character died or lose them all when the character dies again. It does help raise the stakes of dying, but the real reason to avoid dying is more about having to potentially lose a significant amount of progress. The level design is really good as discussed, but it doesn’t make it any easier to have to leg it all the way back to the spot where the character died, if it was near the end of a level or just before the latest warp point.

There are warp point to be found in each area and they take the character back to the hub and back to any of the activated warp points from the hub. In the hub players can do tasks like upgrading weapons and abilities. The mastery of any tools available is essential since there’s a lot of weapons and armour to find throughout and they will make it slightly easier to take on the many enemies in the way. Although the only way to heal is with the use of an ability and also occasionally regain a bit of health from enemies, So it can be frustrating when having to survive for long periods of time between warp points without traditional health potions and such.

The game could have also made more of a concerted effort to give a heads up when some of the bosses were about to be faced. At least the boss battles are entertaining, contain some interesting attack patterns to figure out and they really push players to make use of all the tools that the character has at her disposal. It certainly helps that the the game’s ability to make it easy to combine the use of weapons, skills and abilities makes it more enjoyable to take on the many enemies found throughout.

The story itself initially starts off as standard fare, but soon becomes far more interesting as it slowly shows has far living beings can go for the sake of survival. It’s only a shame that the voice work for the main character makes her seem bored whenever she’s reacting to what is happening around her. Visually, there is plenty to see and some of the locations, like a graveyard filled with far too many corpses, help to flesh out the story and demonstrate the high cost of war. The way that the game looks also makes it seem like it wouldn’t look out of place in hardware from many years ago.

Forgone might not be a ground-breaking experience, but it’s definitely one that will very likely pleasantly surprise those that play it. 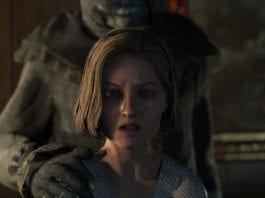 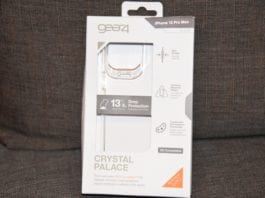 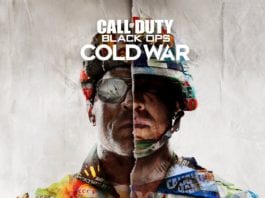