It has just been announced that the MARVEL’s Avengers game from Crystal Dynamics under Square Enix, has been delayed until September 4th 2020 to allow for more “fine tuning and polish”

In a statement posted to Social Media: 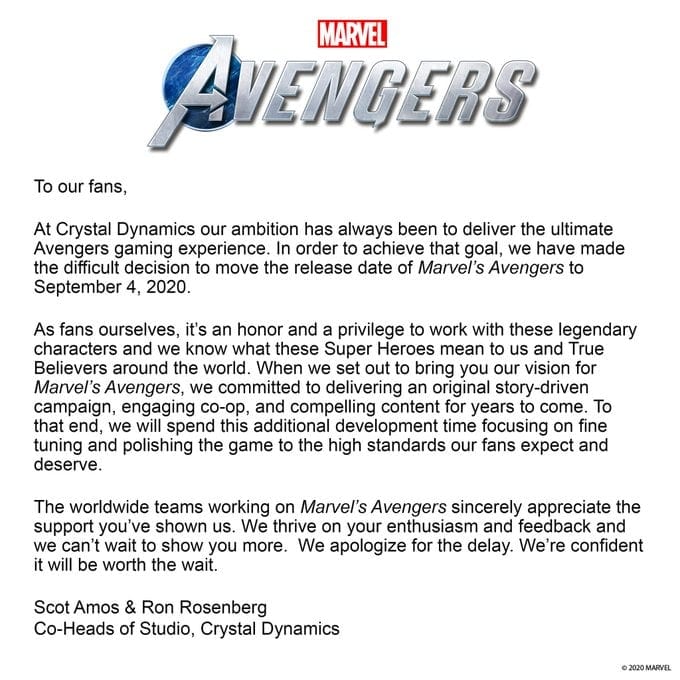 After playing the hands on demo at EGX 2019, got to admit that this does not surprise me, it is a very ambitious project that is supposed to run for years as a continued service however it certainly has had some less than positive reactions since its announcement and if they were to release and get it wrong, I do not think the MARVEL Big names would be impressed!

Now to wait to see if the wait will be worth it!