Puzzle games and animals go a long way back from the likes of Baku Baku Animal on the Sega Saturn to Capcom’s Flock. Now a new game joins them and many more in the form of Marblelous Animals on the Nintendo Switch.

As with many puzzle games before it, the animals in Marblelous Animals take on a rather unusual shape. As the name implies, they are turned into spheres or marbles and they are used by players for completing each of the levels. The idea is to roll them around each of the levels to make them fall through a hole.

Just how are these round creatures made to move around as commanded by players? It’s all thanks to the motion controls that the Joy-Con controllers comes with. Players can either make use of the left Joy-Con or the Nintendo Switch screen detached from the dock with the controllers attached to it.

Early levels are used as a means to try to get players used to only influencing how the animals move around with the motion controls. This is done by making it possible to move the map itself rather than the animal or animals. In a way, it is very reminiscent of a balancing mini-game that was included in Wii Fit, where players had to use their body weight to also move the level map to control the direction of a ball or balls. The objective for both is the same, in that a ball must fall through a hole, but the execution in Marblelous Animals is not quite on the same level as in the Wii Fit mini-game. 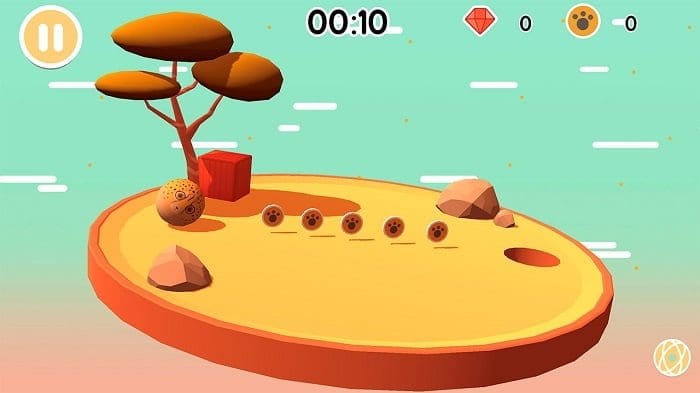 For starters the motion controls are so unreliable that it even manages to make fairly early levels harder than they are supposed to be. In fact, the way that the game makes use of any player movement input is so unpredictable that sometimes the animal is just flung far away into the void by a catapult like mechanism found in some levels. Move the Joy-Con controller or Nintendo Switch screen too little and not much will happen. It’s very difficult to figure out exactly the best way to go about manipulating the level map to efficiently move the animal in the desired location.

In fact, it’s somehow harder to make use of the motion controls with the Nintendo Switch screen, since it’s not as easy to tilt the map and perform other actions with enough confidence that it will result in a successful outcome. The weight of the Nintendo Switch screen makes it far more difficult that it should be to make use of the motion controls.

It’s really odd given that other games, including launch title 1-2 -Switch easily demonstrate how such features as motion controls found in the Joy-Con controllers work so well. Yet this game makes it seem like such features are unreliable and will make playing games with them a frustrating experience.

The terrible use of the hardware becomes clearer as more features are added with progression. The unreliable nature of moving the level map, makes even simple features like moving the animal across a moving platform seem like a mighty feat. It’s a blessing in disguise that there are only forty levels to complete and most are so simple and short that it won’t take that long to do them all. The only real challenge, besides grappling with the terrible motion controls, comes in the form of obtaining enough stars to gain access to the remaining twenty levels. 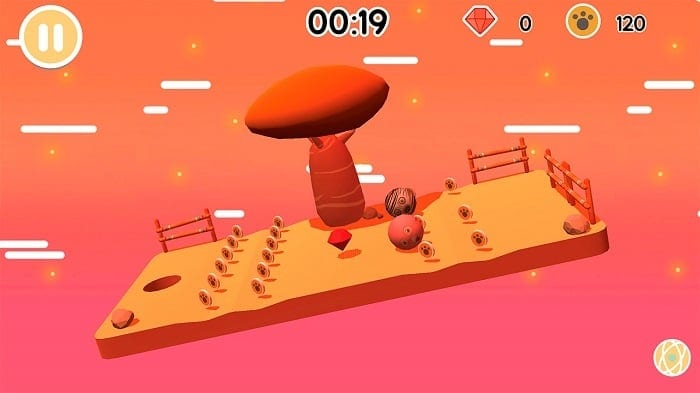 These stars are earned by doing well in levels by meeting certain goal, such as collecting enough items within a certain amount of time. It’s also possible to unlock more animals, by making use of in-game currency earned by completing levels and diamonds found in levels, but there is nothing substantial to gain besides the idea of seeing a different animal ball roll around.

It’s a real shame that the controls are shoddy, since the game looks the part in terms of visuals. It makes excellent use of its Africa theme. The characters are adorable and they fit right in the colourful levels. Players can even learn about each animal in a section within the main menu. Some of the later levels also become a bit more creative, but the dodgy motion controls ruins the element of fun.

If aesthetics alone made for an enjoyable game, then this would be one of the better eShop offerings in a bulging catalog that keeps getting bigger every week. Unfortunately for Marblelous Animals, its often frustrating use of motion controls is its downfall and what it will be remembered for.