It seemed like the dream that would never come true until Sony pulled a Houdini and announced Shenmue III during one of its E3 trade show conferences. The catch being that it was also being crowdfunded in the popular Kickstarter website, but a steep monetary goal was no match for hardcore Shenmue fans. Fans and those curious about the fate of Shenmue III, after years of delays during development, let out a collective sigh of relief as it was finally released to the world just before the end of 2019.

Was it worth waiting so many years for the day when young master Ryo would continue his quest for revenge? Like politics, the answer is a lot more complex than it probably needs to be. For any hardcore Shenmue fans reading this, then it’s like the arrival of the Messiah. Shenmue III provides everything that fans have come to expect from the games and then some. There are plenty of opportunities to run around asking strangers for help finding out more about whatever is the current goal and partaking in various activities that won’t result in achieving anything meaningful. Those who have no idea what Shenmue is and it’s only natural after the franchise was put into a coma for years for not meeting Sega’s financial expectations can rely on the in-game recap of the previous games or play the fairly recently released HD versions of both games.

Although Ryo seems to accomplish a lot in this game, it actually doesn’t advance the overall story that much or at least the quest related to the mirrors. At times it seems like Shenmue III is actively trolling players as it shows glimpses of true progress, only for it to end up turning into another quest for Ryo to get stronger. What made the original Shenmue such an intriguing concept was how it managed to get the right balance between actual progress and any menial tasks that sometimes needed to be done in order to get there. Shenmue II lost some of this and it made for a far more aimless journey at times as players wandered the streets of large Chinese towns in hopes of finding out more about how to get to the next part of the story. 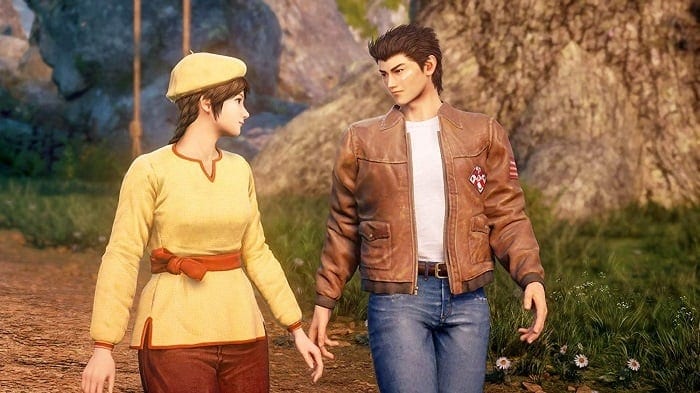 Shemmue III often falls back to the bad habits of the second game. On more than one occasion patience is required to go around various areas just hoping to chat to the right person. There’s also times where key enemies were defeated, but the game’s need to force personal growth meant having to instead delay this victory and go look for some move to aid defeat the enemy in question.

It might not help that the locations used are not as exciting to explore as those found in the previous games. The more rural countryside locations do offer some stunning views, but it also means not having as much to do that is actually fun. It doesn’t help that not having Sega as a publisher means that pretty much every reference to other Sega games, where Shenmue mastermind Yu Suzuki used to work for at the AM2 division, has been removed and so no more fun arcade games or little Sega figurines to collect.

Yet there are some aspects of Shenmue III that benefit from the time spent in development and hardware that it’s on. The level of detail on the cast of colourful character and others that Ryo can interact with is astounding and makes the world seem more believable. Ryo’s partner in crime, Shenhua, is always on hand to encourage him despite her occasional odd blank eyed facial expression. The same can be said of the world itself as it is presented with more detail than what was found in the previous games, which in itself is quite the feat. The lack of lengthy loading screens when navigating between sections is also a blessing.

As with Shenmue II, it’s a lot more vital to find ways to earn money as a way to demonstrate Ryo’s journey into adulthood. Most of the jobs are not particularly remarkable (which is appropriate) and consist of the likes of chopping wood. Surprisingly the more amusing ones derive from doing tasks like gathering herbs to sell them at a high price to people that make medicine.

Fighting in Shenmue has always been consistently good due to the attention to making the use of moves as authentic as possible. Although the fighting itself lacked the depth of AM2 games such as Virtua Fighter. It’s no longer the same in Shenmue III where fights are a bigger part of the story and also a lot harder to complete, since button mashing simply won’t cut it. It can lead to some frustrating moments, but they are also satisfying ones, since it makes eventually winning all that more satisfying. It’s only a shame that training to level up different attributes related to fighting isn’t that interesting and more or less can come down to following very simple on-screen prompts for a certain amount of time. Speaking of buttons… those quick time events that the original Shenmue made so popular don’t pop up as often, but they are still a part of some moments of the story. 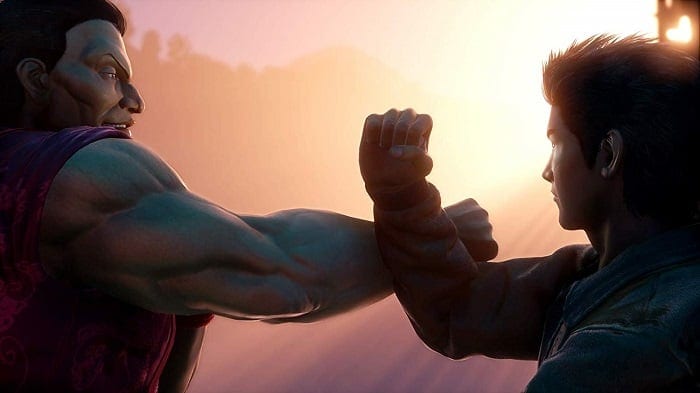 For some reason it felt necessary to make it so Ryo gradually loses stamina/health throughout the course of a day and items like food must be consumed to restore it. It’s more of a nuisance when facing various thugs and having to make sure a steady stock of various items is on hand to keep Ryo in fighting condition. It’s one of many small quirks in a list that can make for testing times for those in for the long haul trip to the end. For example, very minor issues like not being able to pause the game by simply going to the PlayStation 4 menu (tough luck during cut-scenes) or the game making it possible to skip every chat that was previously viewed in a new game session, eventually add up to a rather extensive list. It also doesn’t make sense that it’s possible to occasionally skip time for only certain events and so on. It’s certainly a telltale sign of troubling development times when the cut off point is at annoying issues that won’t necessarily break the game.

The story itself is split into two major areas with the second area being far more interesting, despite still falling back on its bad ways of earning money to progress. It doesn’t help that objectives are often so vague that there is almost nothing to lead with whilst investigating. It’s a relief that the game itself at least looks like it is making good use of the hardware that it’s on. It’s certainly a major improvement from what was slowly shown off over the years.

Despite all its shortcomings and against all odds, Shenmue III is still a capable game that in keeping with its original goal, is still one of the more unique games out there. It’s true that nostalgia plays a strong factor when it comes to games such as this, but it is still worth experiencing it for its oddball design choices that mostly work. It’s definitely not on the same level as the original, but Shenmue III is still a dream come true for many and perhaps up there with Half-Life 3 on a list of titles that many thought would never see the light of the day.

I was very late in coming to the Persona series, it was almost a year after release that the original Persona 5...
Read more

2020 has been very generous for fans of anime with some tremendous titles kick starting the new gaming year with Dragon Ball Z:...

I was very late in coming to...
Read more
Gaming

Next Inside Xbox Happening Today

Yesterday the people over at Xbox announced...
Read more
Gaming

Saints Row The Third: Remastered Set of May Release

With just one week  to go until...
Read more