Well, that was quite a surprise ending to the opening episode and first of a two part story for series 12 of Doctor Who. Whilst the episode itself was fun to watch, it was the ending that surprised not only myself but just about every Whovian fan watching on New Years Day. In what seems to be the biggest sign that Chris Chibnall has either been told or he responded to the negative reaction to his ‘not doing Old Who’ policy, Spyfall Part 1 ended with Team TARDIS seemingly trapped on a crashing plane and The Doctor lost in the same mysterious place that Yaz had found herself in earlier in the episode, but….The Master, is back!

So let me begin by picking up from my Spyfall Part 1 Review,  by saying just ‘Masterful’ the casting of Sacha Dhawan as the new Master is, I could not share my thoughts to keep this reveal as a surprise for those reading but by now, the news is out. The glee and satisfaction our new Master shows by yet again not only fooling The Doctor right in front of her face but by executing his plan so elegantly and beautifully. Just as John Simm did with the Harold Saxon version of the Master, Dhawan’s Master is big on screen, full of excitement at his own brilliance and wonderfully egotistical to the point of being overly smug with his plan working so perfectly.

But with Spyfall Part 2 I had some real worry and doubt that Chibnall would be able to nail the landing with this character. But that was quickly rendered pointless because this episode managed to give me something that I have been wanting since the 13th Doctor came to be, quality alone time with The Doctor and surprisingly, The Master. Their moments stand out the most in a very packed second part and they are just delicious on screen together, finally the 13th Doctor has the material in which The Doctor can be ‘The Doctor’ and Jodie is amazing in her reactions to the majestic evil that Dhawan’s Master encapsulates on screen in every moment he is there.

As for the rest of the episode, well it is fair to say that this opening two part story in Spyfall has featured more Whoness than the entirety of Series 11, and a sign that the “only do new Who” experiment has finally been binned and like I said, either Chibnall was instructed to go back to what fan wanted or he got out of his own ego long enough to recognise that the power to write good Who is to use everything that has made the show last and thrive for 57 years. Time travel, historical figures, sci-fi, the big bad, saving the day are all served up in a timey whimey adventure that ticks all the boxes that the last series failed to even come close to. 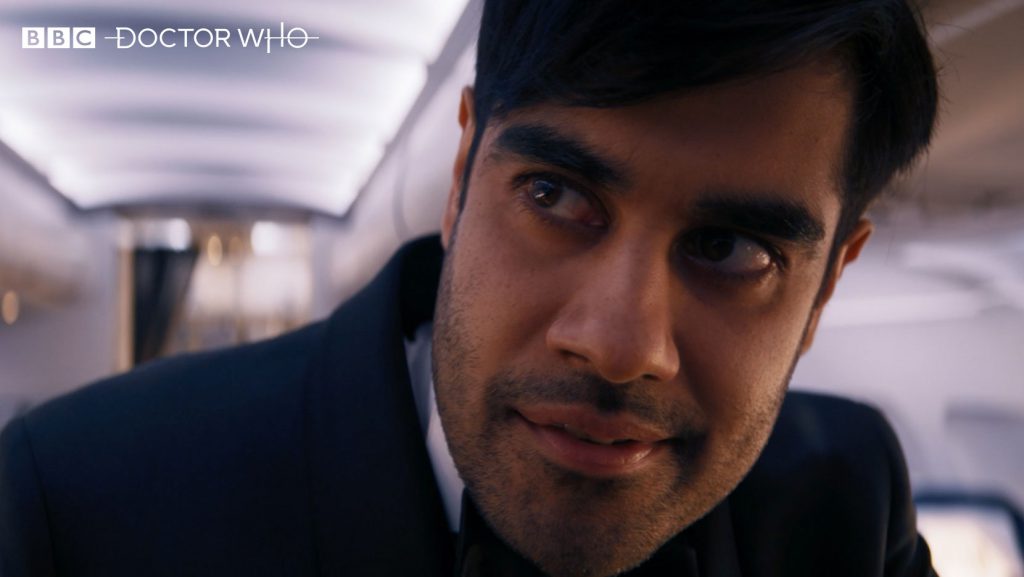 There really is just so much going on outside the brilliance that is the Doctor and Master battling across time as The Doctor finds herself lost back in the 19th century thanks to the Master’s diabolical reveal at the end of part 1. But without the Doctor, Team TARDIS have their own little adventure on their own having survived the potential plane crash and finding themselves without the guidance of the Doctor but on the run as Daniel Barton is focused on finding them all. This does remind me a little of the Harold Saxon episodes with the 10th Doctor, when the Doctor, Martha Jones and Captain Jack Harkness go on the run, not being able to use any technology. Ryan takes his turn to be the member of Team TARDIS with more things to say and do, Yaz put in the background again which is a waste of Mandip Gill’s talent and Graham, well he is still cracking the one liners but more interestingly, is the one to bring up the fact that the team know little about the Doctor, something this episode will finally resolve I might add in a very interesting way.

Lenny Henry is just outstanding at the human bad guy, delivering a very cold and calculating way and is always chilling to see just how much of a complete git he is. It was a guest role with substance and he made full use of the opportunity to be a total bad guy. The new mysterious alien threat finally received a name in the Kasaavin, lifeforms from another dimension looking to find a way to exist in our universe with the soul intention of taking it over, learning that they have infiltrated the world throughout time in order to prepare for their ultimate goal, with some assistance from the Master. Rather than the terrible introduction of new monsters in series 11, the Kasaavin are a true threat, and just as the 11th Doctor did with The Silence, rather than being destroyed, they are simply defeated in a satisfying way that leaves them open for a return in the future. 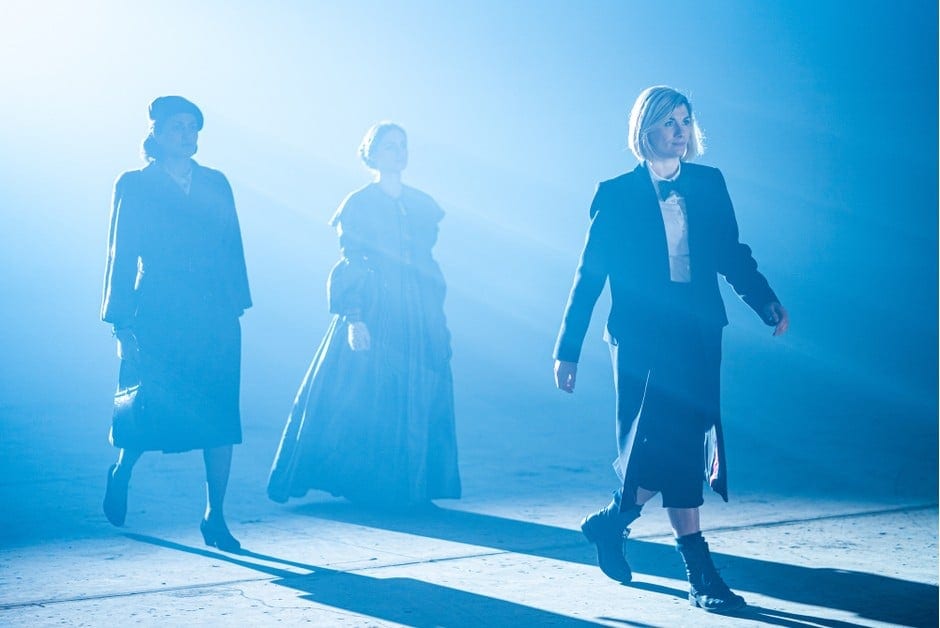 Spyfall Part 2 definitely feels like everything Chris Chibnall has done so far in Doctor Who was used in this final chapter to the story and again, Chris uses real life historical figures, in this case iconic female heroes in Ada Lovelace and Noor Inayat Khan to help her as she goes from Victorian England to World War 2 Paris. What I liked about their use is that is showcases two heroines from our history that may not be known to many of the audience but also celebrates who they were and what they did but at the same time, the Doctor understands that what they have seen and even just meeting her, can change history so she does a little ‘Timelord Mindtrick’ to wipe their memories. It kept it clean but also provided a brilliant opportunity for the Master to really stretch his legs as he tracks and hunts the Doctor through time. It helps to forge this Master as something very different to the last two versions we saw with Missy and Harold Saxon, as brilliant as Missy was, I actually prefer this new version.

This Master is not only maniacal in his need to punish humanity because of the love the Doctor has for them, but he is so unhinged now which leads to perhaps the biggest game changer Chibnall has done yet, and is something fans will either run with or be shocked by. The Master brings Gallifrey back into the 13th Doctor’s life in a brutal and unexpected way and it immediately has an impact on The Doctor, which has allowed Jodie to really sink her teeth into what being The Doctor means and it is perhaps the most Who that the 13th Doctor has encountered with the only thing from classic Who that was not used was the term “companion”.

The scope and scale for where the 12th series can go now just as a result of Spyfall is close to limitless, and its something it badly needed after so many episodes from last series just fell so flat. This is the level at which Chibnall needs to keep his Doctor Who level at going forward, and if he can and use what really is a Doctor Who defining use of lore in Spyfall as the foundation for the Doctor and this series then, it could really achieve new heights. Refusing to use any classic Who cost Jodie’s Doctor last series but now it is very clear that Chibnall has fully committed to the Whoniverse fans old and new will know and love and in fact I would champion he challenges that lore just as he has in Spyfall rather than ignoring it and trying to make up new stuff that completely alienated the audience. 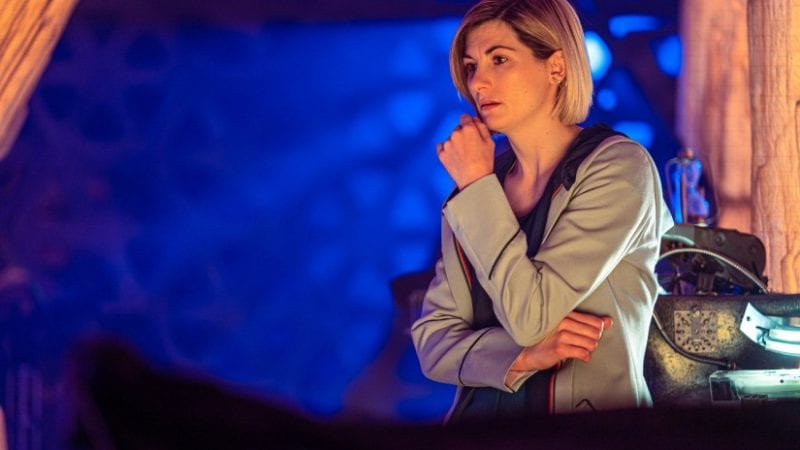 What we are left with is a very different 13th Doctor than we saw all last series and at the start of Spyfall, the Master is gone but not defeated and something tells me he will return. Team TARDIS is starting to learn more about this Time Lord that ran away with a Box and with the promise that things Who may never be the same again, series 12 could very well be everything series 11 needed to be with the only question remaining, has Chibnall gone too far in what he has begun with this two-parter?

For me, I am far more hopeful and excited to see what this series has to offer now than I was this time last year after Resolution.

Sports games in general have to walk...
Read more
Gaming