To celebrate the return of the most iconic sci-fi television franchise in history: STAR TREK: DISCOVERY: SEASON TWO, out NOW on Blu-ray™ and DVD from CBS Home Entertainment and Paramount Home Entertainment, we’re giving you the chance to win your very own DVD copy! 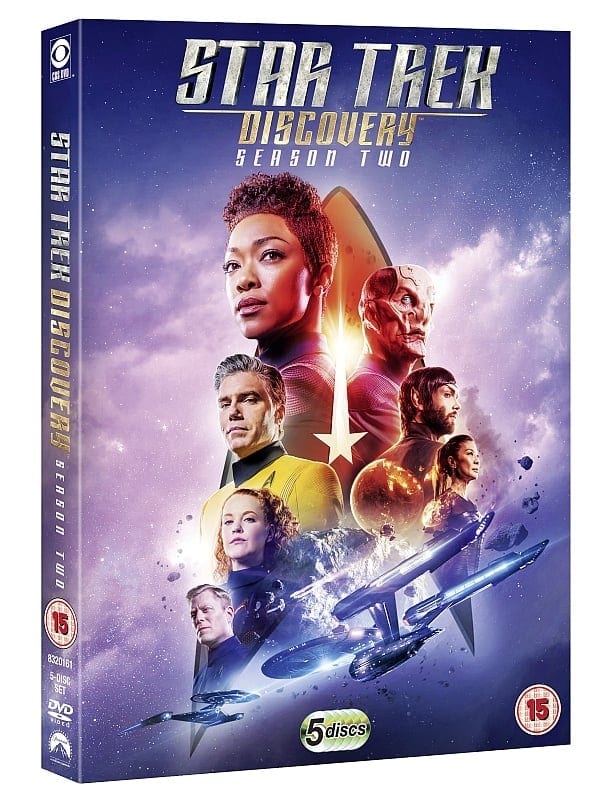 “Certified Fresh” by Rotten Tomatoes, all 14 episodes of the CBS series’ latest season appear with brilliant sound and picture across four discs in both the Blu-ray™ and DVD formats. STAR TREK: DISCOVERY: SEASON TWO Blu-ray™ and DVD will include over two hours of exclusive, captivating special features, plus two episodes of SHORT TREKS that are related to STAR TREK: DISCOVERY: SEASON TWO: “Runaway” featuring Ensign Sylvia Tilly and “The Brightest Star” featuring Commander Saru.

We have two copies to give away. For your chance to win a DVD copy of STAR TREK: DISCOVERY: SEASON TWO simply enter below:

STAR TREK: DISCOVERY: SEASON TWO is out now on Blu-Ray™ and DVD.

Andrew Edneyhttps://moviesgamesandtech.com
I am the owner and editor of this site. I have been interested in gadgets and tech since I was a little kid. I have also written a number of books on various tech subjects. I also blog for The Huffington Post and for FHM. And I am honoured to be a Microsoft MVP since January 2008 - again this year as an Xbox MVP.
Previous articleReview: HELM Audio True Wireless 5.0 Headphones
Next articleCelebrate Combat in VR throughout the month of December