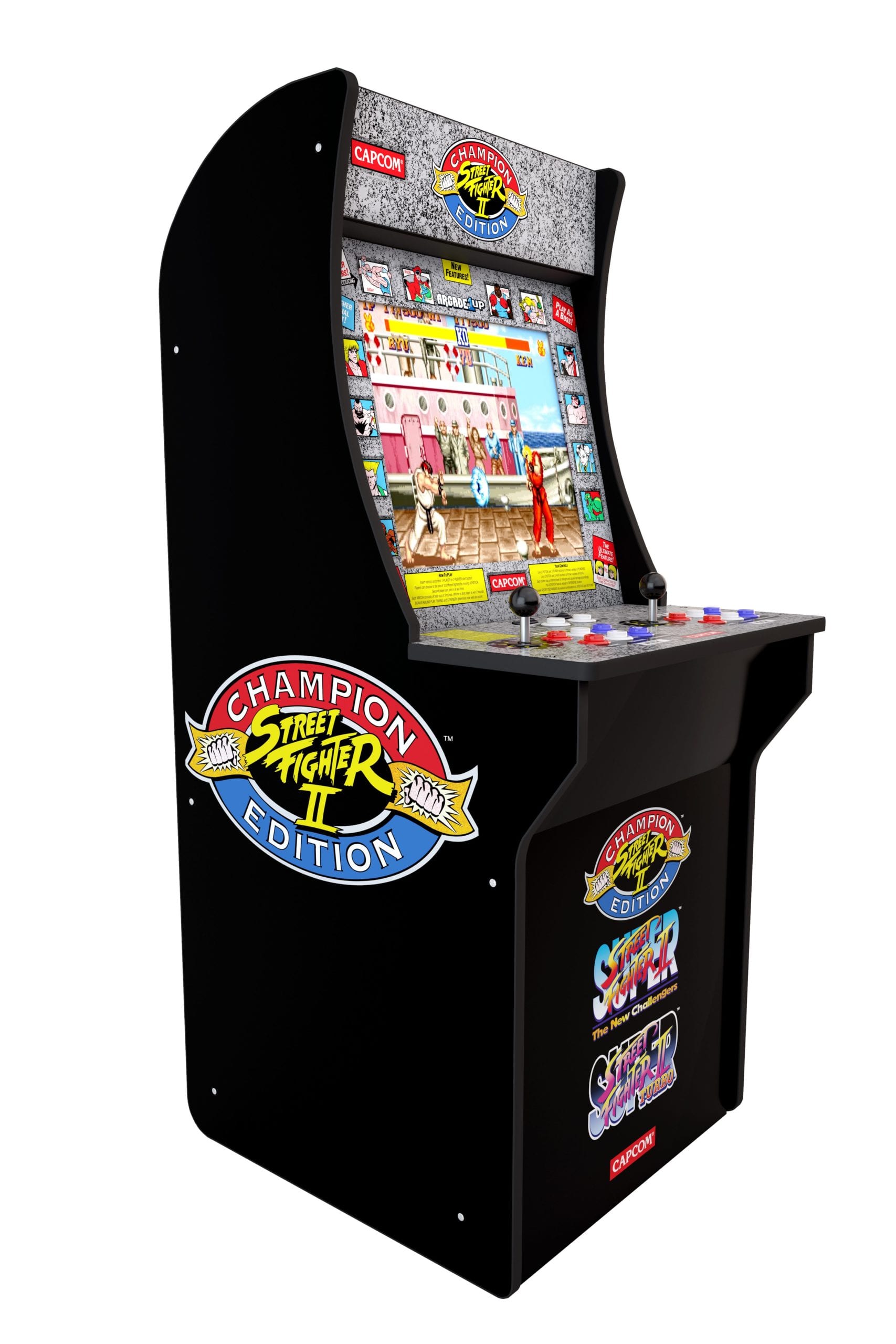 Ready to FIGHT? Perfect for when your friends are over, the two-player joystick/button configuration brings the Street Fighter ll Champion Edition arcade experience into your home or office. Street Fighter ll Champion Edition is a mix of combat, skill and strategy. It’s important to know when to block, jump, grapple, punch or kick your opponent. Fight against the computer or your friends, and perfect your own fighting style by mixing in creative combinations. 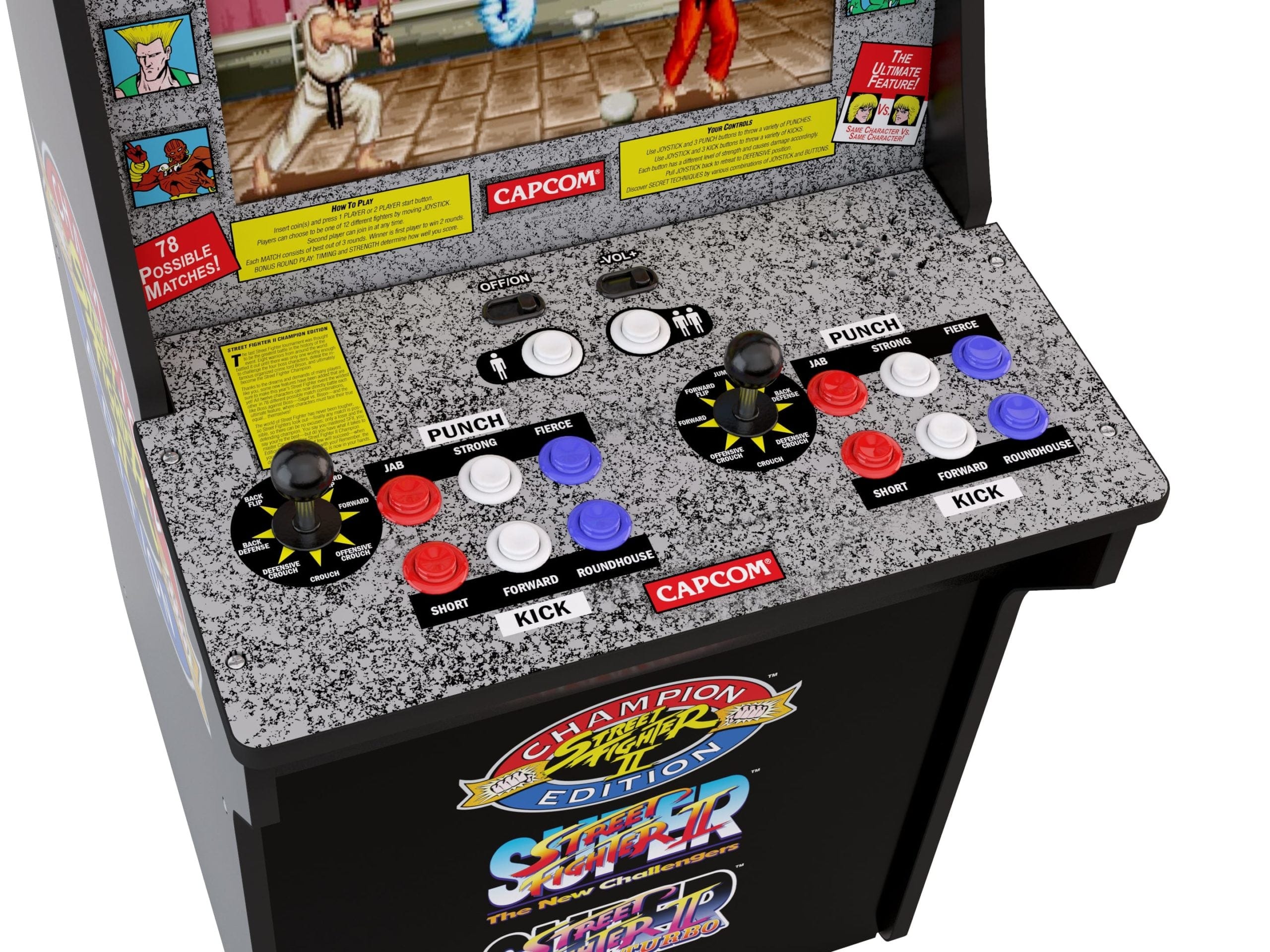 Arcade1Up machines stand at just under 4ft, each housing different classic arcade games, which come with immersive full-color hi-resolution displays and sounds. The cabinets also resemble the classic arcade joystick and button configuration you remember. Additional add-ons include a stool and riser– fully equipping users for endless hours of gaming! 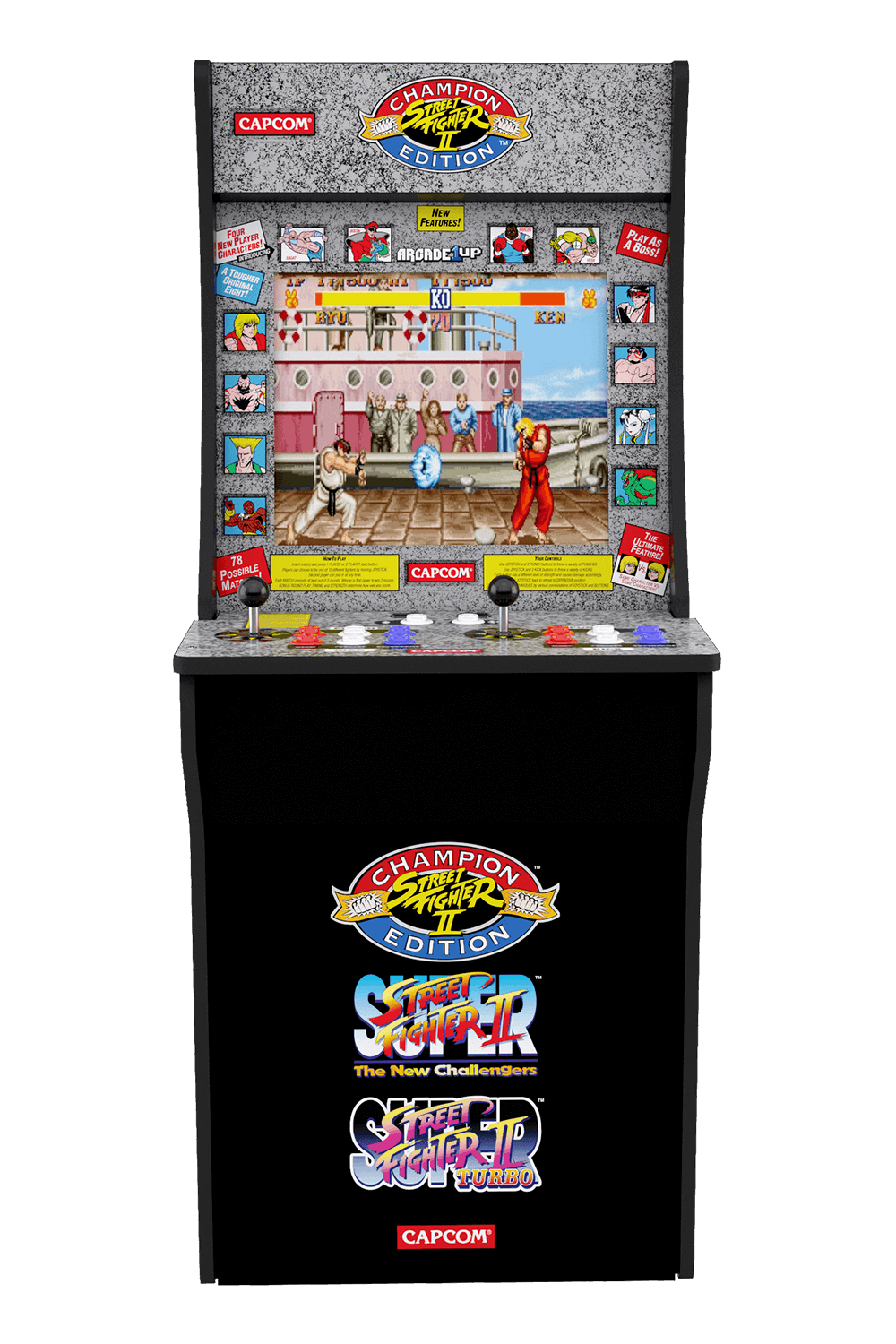 As a kid I spent hours upon hours in arcades playing on different machines, feeding in my 10p’s (yes, I am that old that the machines were 10p a go) and watching other people play when my money ran out.

I’ve always wanted my own arcade machine at home and Arcade1Up provide just that – an arcade machine for your home. These are 3/4 scale replica copies of the original arcade cabinets, although if you add the optional riser they become full size. They include all the original artwork, authentic controls (depending on your chosen machine) and come with multiple titles.

The moment I switched on the machine I was instantly transported back to my childhood and those arcades. The look, the feel, the controls, the graphics, the sounds, it was all there in front of me again, only this time I didn’t need any 10p’s!

The games are a perfect replica of those original arcade games and Arcade1Up have done a fantastic job of recreating not only the cabinet, but also the feeling I got as a kid – so well done Arcade1Up!

If you have the space and you want your very own arcade cabinet at home, then you should take a look at the range of arcade cabinets from Arcade1Up, you won’t be disappointed. I wonder which one I might get next!

You can learn more from the Arcade1Up.com website where you can also check out all the other cool retro arcade machines.

Andrew Edneyhttps://moviesgamesandtech.com
I am the owner and editor of this site. I have been interested in gadgets and tech since I was a little kid. I have also written a number of books on various tech subjects. I also blog for The Huffington Post and for FHM. And I am honoured to be a Microsoft MVP since January 2008 - again this year as an Xbox MVP.
Previous articleReview: Landrover Defender – Classic Pedal Powered Car from [email protected]
Next articleReview: Pokémon Shield