Xbox has kicked off the annual X019 event here in London at the Copper Box Arena with an incredible LIVE edition of ‘Inside Xbox’. The event is a celebration of all things Xbox and this year Xbox Game Pass Ultimate was the star of the show with some incredible reveals that quite frankly shocked the audience in attendance as well as the audience home, and I know this, because I was in the audience at the show and believe me, the applause and cheers were real and LOUD!

Let’s take a look at all the trailers and news from the show:

The next Tall Tale adventure ‘The Seabound Soul’ was revealed in a new trailer as well as some new fiery editions to combat with the flaming cannonballs and fire bombs that can be thrown by players.

KartRider: Drift is the only free-to-play kart racer where arcade thrills, the fastest skilled competition, & deep kart + character customization awaits you on the track. No Limits. All Drift.

Coming March 24 2020. Pre-order on https://www.xbox.com/games/bleeding-edge or pre-install with Xbox Game Pass to get access to our Closed Beta and receive the bonus Punk Pack!

Tell Me Why X019 Announcement Trailer

Tell Me Why is the latest narrative adventure game from DONTNOD Entertainment, and first, myself and the people in the audience around all assumed it was Life is Strange 3, but no, this is a brand new intimate thriller that introduces twins Tyler and Alyson who use their special bond to unravel mysteries of their loving but troubled childhood. Set in beautiful small-town Alaska, Tell Me Why features true-to-life characters, mature themes and gripping choices. All Chapters to release in 2020!

Now this was one the new titles announced that instantly grabbed my attention in a real “Wild Stallions” kind of way. On the eve of his first performance, Francis Vendetti battles with the legacy of a dead folk legend and the cosmic wanderings of his own imagination. Francis, a teenage guitar prodigy, sets out on a psychadelic, multidimendsional journey to inspire his stage persona.

Now this was something I really hoped that X019 would be used to finally give us not only the release date for the PC Release of the Master Chief Collection but also when HALO Reach remastered would finally come to the MCC. Now we know that The  Great Journey begins on PC with Halo Reach, part of The Master Chief Collection, available from December 3rd 2019…a nice little early Christmas Present indeed!

Coming 2020, Microsoft Flight Simulator is the next generation of one of the most beloved simulation franchises. From light planes to wide-body jets, fly highly detailed and stunning aircraft in an incredibly realistic world. Create your flight plan and fly anywhere on the planet. Enjoy flying day or night and face realistic, challenging weather conditions.

The acclaimed RTS franchise returns with Age of Empires 4. Experience the epic, historical battles that shaped the modern world in 2020.

In 2020, CrossfireX delivers its wide variety of high-quality FPS experiences as this PC legend comes to Xbox consoles, all Free to Play. Get your first look at the “Black Widow” gameplay teaser trailer now and stand by for much more to come! Xbox On’s very own Benny Central went on a round the world journey to meet the three developer teams working on the game in his own unique way!

Last Stop is the new game from Variable State, creators of the award-winning Virginia, and will be published by Annapurna Interactive. The game is a single-player third-person adventure set in present day London, where you play as three separate characters whose worlds collide in the midst of a supernatural crisis. Last Stop is an anthology connecting three stories in one, centered on secret lives, the ties that bind, and how magic can be found in the mundane.

The news Minecraft fans have been waiting for since the Xbox Briefing during E3 this year finally came thanks to X019 as it was revealed that Minecraft Dungeons is coming to PC and consoles in April 2020! A life demo on stage gave me real nostalgia vibes for Gauntlet, this is certainly winning me over!

[email protected] continues to impress me with the diversity of the games they are bringing to Xbox as well as day one release with Xbox Game Pass!

Planet Coaster, the highest rated PC coaster sim of all time, is coming to Xbox and consoles. Build and manage your way to coaster-creating fame! Deep physics-based systems mean you’re in for the ride of your life, so dream big and build even bigger as you create your theme park empire.

Introducing Drake Hollow, the next game from The Molasses Flood. Explore a blighted world with your friends. Gather supplies, battle savage creatures, and build villages to protect the local innocent vegetable folks known as Drakes. Coming in 2020 to Xbox One and Windows 10.

This news blew the audiences mind as SEGA of America and Ryu Ga Gotoku Studio revealed that Yakuza, the series that took the West by storm, smashed its head through a window, then took it out for drinks and sang karaoke with it, is finally headed to Xbox One and Xbox Game Pass in early 2020! That is just huge, as a big fan of this former PlayStation exclusive series, to finally come to Xbox so its magic can be experienced by even more people is just incredible. With just the first remastered titles announced for now, I can really see the rest of the series being added at some point!

The Yakuza news was incredible, but to then follow it up with the announcement that Final Fantasy is coming to Xbox Game Pass and not just one or two games, but all the remasters is just staggering and for me as a Final Fantasy fan…all the streaming will be done! 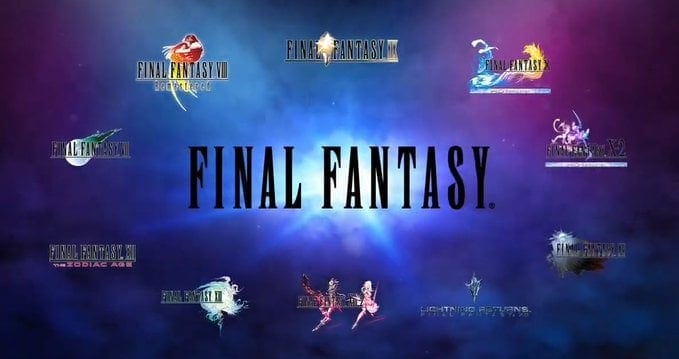 West of the Dead Announcement Trailer

This was the second game that immediately won over the crowd as West of The Dead was revealed. In the Game you are plunged into an inferno of gun smoke and darkness in the twin-stick cover shooter West of Dead. The game takes place in Purgatory, a place of sin and damnation, wendigos and witches.

The popular PC title Rust has been announced as coming to consoles with a little Xbox One teaser trailer. Facepunch’s hugely popular and brutal online survival game Rust is making its way to Xbox One in 2020.

On May 19 2020, Wasteland 3 welcomes new recruits and seasoned Rangers alike to post-apocalyptic Colorado where the end has just begun. Premiering on Xbox Game Pass for console and PC, and available now for pre-order on Xbox One, Windows 10, and Steam.

Ok so I am going to be a little biased here, as I was at X019 for the opening night and Inside Xbox show, but believe me, this show had every fan on their feet as the show came to a close. The focus on making Xbox Game Pass Ultimate (Which has Xbox Game Pass, Xbox LIVE Gold and Xbox PC Game Pass under one subscription) the must have thing right now was obvious but what they are bringing to the service with it is incredible, I mean Yakuza alone is staggeringly brilliant but all those Final Fantasy Titles just…wow.

I was expecting like many others to have some more details on Xbox Scarlet possibly teased but, by focusing on what you can have now and to look forward to made this LIVE Inside Xbox something very satisfying. Project X Cloud being increased to 50 games from 25 is incredible and everything I have tested and heard from fellow beta users is showing how exceptional this service is becoming. All the new titles like RARES EverWild and West of the Dead really excited me and having HALO Reach for Christmas period is a joyful thing for me.

Xbox is heading into the next generation of consoles on a flying magic carpet of brilliance right now and with yet another brilliant deal for Xbox Game Pass Ultimate for 3 months at just $1/£1 and now revealing that if you take up that deal as a new subscriber, you will also get one month of EA Access, 6 months of Spotify Premium and Discord Nitro, something for the Xbox PC Game Pass community, is crazy silly value for money.

I will be heading back to X019 for the Saturday afternoon session to really enjoy the event and try out some games but oof, what a way to kick off X019 London!

Song of Farca is a morally grey detective game...
Gaming

In my last review, I recommended you cast aside...