Only the old Sega could come up with the idea of a game about monkeys rolling around inside balls. Originally a successful Nintendo exclusive, the Super Monkey Ball franchise eventually made it to other platforms. Now after letting the franchise lay dormant for so many years, Sega has finally released a new title in the form of Super Monkey Ball: Banana Blitz HD.

Blimey, that title is quite a mouthful isn’t it? As it implies, this is not an entire new adventure for the hard working monkeys, but it is instead a high definition port of the original Nintendo Wii exclusive. However, in truth it is far more complicated to explain what it is since this isn’t a mere port. Instead Sega decided to hack away at the original to create what admittedly feels at times like a bootleg copy.

At least the story and most of its content remains more or less the same. Iconic monkey AiAi and his pals are on a journey to get back their fancy bananas from the bad guy and his goons. This all takes place in levels that are split up in zones with a bonus stage found halfway through the zone and a boss at the end. Levels found in the initial zones are fairly simple to get through, but they get progressively tougher and more complex later on. 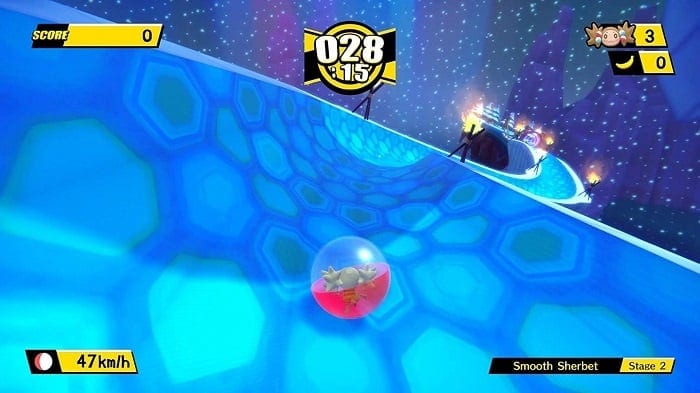 The goal mostly consists of getting one of the monkeys to roll their way from the start of a level to the rainbow coloured circle. This might seem simple, but it turns out that monkeys in balls in this game are very sensitive to collisions. There are times when gently bumping into another wacky habitant in this bizarre world will result in being propelled far far away from the platform and into certain doom.

Controlling the movement of the monkeys is also tricky at best, albeit this is due to the shoddy camera in this game. This made it considerably tougher to face some of the bosses, given that the camera has a tendency to move around wildly like it’s been on a bender when it attempts to focus on the boss and the monkey at the same time. An issue made worse by the fact that players are at the mercy of the camera’s whims, since there is no way to manually control it whilst moving the monkeys.

Not that there isn’t any fun to be had whilst playing Super Monkey Ball: Banana Blitz HD. It’s still amusing to play most of the original levels, no matter how stubborn the camera is at times. Yet there is no denying that it can also feel hollow. Although Sega boasts that new content has been added, it still feels like it’s missing some of what made the original fun to play and this is actually true in some ways. It makes sense that a lot of the fifty mini-games have been mercilessly cut, since they made extensive use of the now removed motion controls. However, the ten that remain are arguably not the most memorable and the majority of them aren’t even that interesting to play locally with others.

In terms of the new content, it’s now possible to tackle levels from the Story mode (after completing certain zones) in Time Attack mode. The ten leftover mini-games are also used in the other new Decathlon mode where they are tackled in succession with scores being added to an overall score. Both of these modes make use of online leader boards to at least make it more enticing to keep playing them. 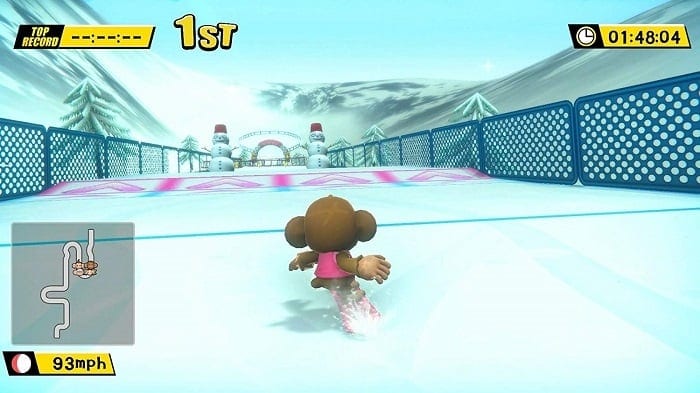 The aim of this new entry seems to be to give the ageing Nintendo Wii original a makeover of sorts for the current hardware generation. Arguably those that played the original will no doubt agree that both the user interface and even the visuals somehow looked better in the original. The user interface icons and font in particular make the game look cheap/generic and not as pleasant to look at. The same can be said of the soundtrack, where most of the original music tracks have been replaced for what are usually inferior ones, seemingly due to issues with licensing.

It’s not the best of returns for fans of the franchise and those who experienced the original. Even those new to the title that won’t inevitably compare this to the original will find it to be lacking at best. Whilst it’s nice to see Sega make use of one of its beloved franchises, there is no doubt that this turbulent return is one that is average at best.