Spiders Studio has been releasing RPG games for a few years now with some being really good and some showing the limitations of a smaller studio compared to the big-name developer studios. I have always found that their games often show an attempt to recapture the world experience of a Bioware game like Mass Effect and Dragon’s Age, something that fans of those series can rightfully say is lacking in the current gaming generation. What Spiders Studio has managed to accomplish with their newest title ‘Greedfall’ is rather special, and a culmination of all the test runs they have had over the years to finally reach this point. I was rather eager to dive into this world and see what it had to offer.

Greedfall is set in a world where upon the discovery of a new island has prompted nearby nations to try and colonise the island of Teer Fradee. The island is a dangerous environment with monsters and magic and the indigenous people who live there are not too happy with these foreign invaders and thus begins the player’s adventure, taking the role of De Sardet, a noble of the Merchant Congregation who is tasked with finding a cure to a deadly disease known as Malicor, believing that Teer Fradee holds the potential cure.

First thing that hit me is the very detailed character customisation options players have to tailor their De Sardet such as gender and facial features, it was refreshing to have such detailed system compared to more recent games who offered a very limited level of the same system to create your own main character, but this will not be the only way in which players can shape De Sardet. One of my favourite aspects to Greedfall, which I shall come to a little further on, is how player choices can shape the character and the world around them as well. 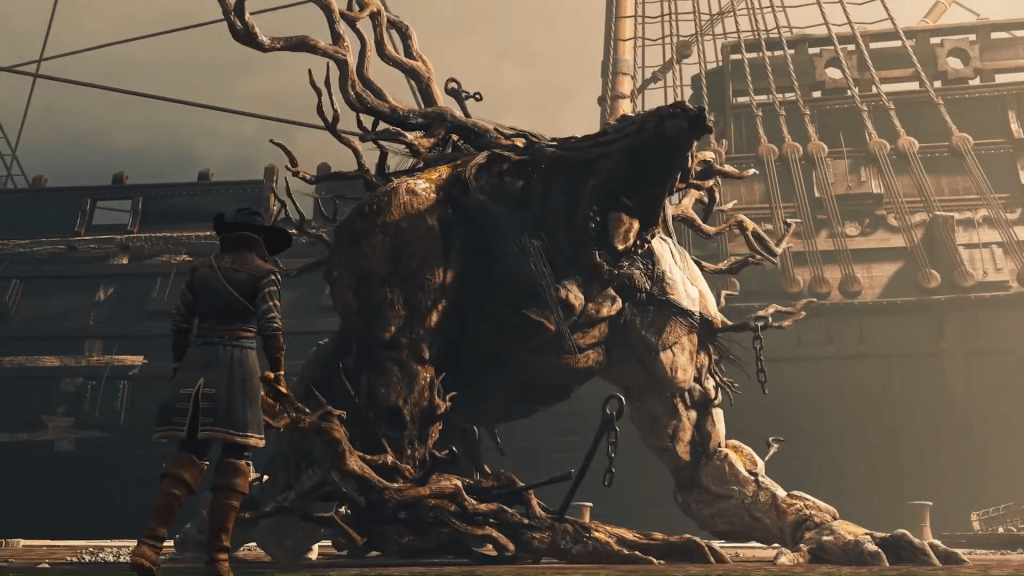 Where Spiders studio has cleverly done with the game is to give the story all the elements of 17th century colonialism, something that is very real in our own history and sets up so many possibilities in the world of Greedfall bringing not only politics and diplomacy into the mix but also all the classic elements of an action driven RPG. Along the adventure, De Sardet will be joined by various companion characters, each with their own talents and motivations that can help in different situations and quest objectives. Where Greedfall does stand out for me and does a really good job of, is how companions are not simply there to provide help in combat or possibly dialogue options for the player.

The strength of Greedfall lies in that the player not only has to try and navigate the political factions of the world who are battling for control of Teer Fradee but also in keeping the relationships with the companions healthy as well. Each companion will have their own wants, needs as well as motivations in the world which the player needs to also work on whilst making decisions as De Sardet. Very much like the companion system in a Bioware title like Mass Effect, the companions you can travel with will have their own agenda which you as De Sardet can either help with or hinder. The difference in Greedfall is that failing to keep a companion happy or even as a result of decisions and choices that you make can make sour your relationship even to the point where a companion might actually turn against you.

This adds so much as you the player has so many decisions to make that can shape the world in Greedfall but make a wrong choice or maybe even find yourself in a position where you need to let down a companion should your own needs depend on it. Keeping the balance in your party is perhaps the most challenging aspect and for me, gives so many options for replayability which can help prevent a long RPG experience from being a simple one and done game. 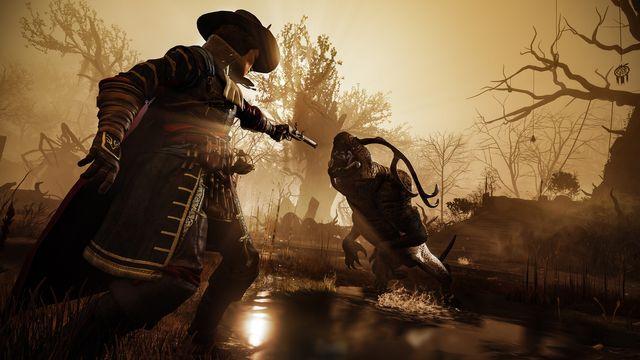 I really like the multipath elements to completing mission adding more than just the standard “kill the room and steal everything” approach. Some missions why involve obtaining a particular item so you can either fight your way through it, risking damaging the relationship with that faction, or you can take a more stealthy approach to sneak your way in and even going as far as equipping the same clothing style as the faction so they will ignore you. I love mixing up the different approaches and when it comes up levelling up and picking different talents to use, you can really make a character a jack of all trades or focus on one play style. So, adding points to stealth, science and locking picking can help when a quest requires some sneaking but at the same time, if you want to build on De Sardet’s more diplomatic style then boosting that can also help keeping relationships strong especially with your companions.

Combat is also refreshingly open in that players can choose between various styles of weapons and still embracing magic and range weapons attacks. The combat system really tries to cater for all possible player tastes with a lean to a turn-based style combat with the ‘battle pause’ feature which allows players to pause the action during a battle in order to plan their next move. By not limiting to any one style, players have more freedom in the combat especially one you venture into the wilds of Teer Fradee and some of the boss level fights you can have been satisfying and challenging depending on the makeup of your party

Following the road to release that Greedfall’ has taken, it was very clear to me that finally, Spiders Studio had found something to bring their vision of an RPG to life and rather than simply trying to imitate the loved series, they finally came up with their own title. Visually this game is the best looking they have produced and looks really good on a standard Xbox One as especially on the X. The musical score is stunning and the voice acting helps bring the various characters to life with only a few niggles on acting style. For a far lesser budget than a big studio, Greedfall not only punches well above its weight but it also fills a void for action RPGs that fans will be feeling. If you are a fan of Bioware classics like Dragon Age and Mass Effect, this game does more than enough to other a solid experience that rewards players for the time they invest in it.

It may have taken a long time for Spiders Studio to get their formula right for an RPG but Greedfall is a fantastic game from the studio and it has been worth the wait, there is just so much to do and explore in this game and whilst it is still rough around the edges and some of the narrative can get a little bloated at times, this is definitely one to try out if you are a fan of the genre.