It does seem to have taken a rather long time for Wonder Woman to have her own stand alone story in the current DC Animated Universe unlike Superman with ‘Reign of the Supermen’ and especially Batman with ‘Batman Vs Robin’ and the recent ‘Batman Hush’. But now it was time for Wonder Woman to take the spotlight in a story that tries to make up for both arriving so late but also to show how amazing a hero Diana of Themyscira can be.

At first I thought this may be a stand alone story not connected to the current shared DC Animated Universe, just going by the announcement trailer but instead, this is very much set in the shared Universe but spends the opening 20 minutes giving us the origin story of Diana Princess of the Amazons to get the story started. The origin is set around the time of ‘Justice League War’, the first animated movie of the DC Shared Universe which brings together all the founding members of the Justice League to battle the forces of Darkseid. We first see the heroic pilot Steve Trevor in his fighter jet being attacked by Parademons, forcing him to crash into the waters around Themyscira. Diana sees the crash and proceeds to save him from the waters, bringing him to the island making him the first male to come to the Island of Themyscira. Witnessing the fight with the Parademons convinces Diana that is time for the Amazons to finally do what they were supposed to do, protect the world of man but her mother and Queen of the Amazons refuses to accept this and denies Diana’s request to leave the island.

But of course, she does, which puts her in direct conflict with her mother the Queen but leads to her banishment from the island in that if she were to disobey her Queen, once she left the island that the location of Themyscira would be wiped from her memory meaning that she could never return. The only real issue I have with this opening is how quickly we get to the position of Diana facing off against her mother the Queen. We have a stone-faced Diana almost who is resolute in her belief the time has come to go help the world away from Themyscira simply because of this one incident with Steve Trevor. In fact, the only sign of emotion comes from her mother, who after a brief sword fight in which she actually defeats Diana and gives her the ultimatum, is tearful as she turns away realising that Diana is leaving. 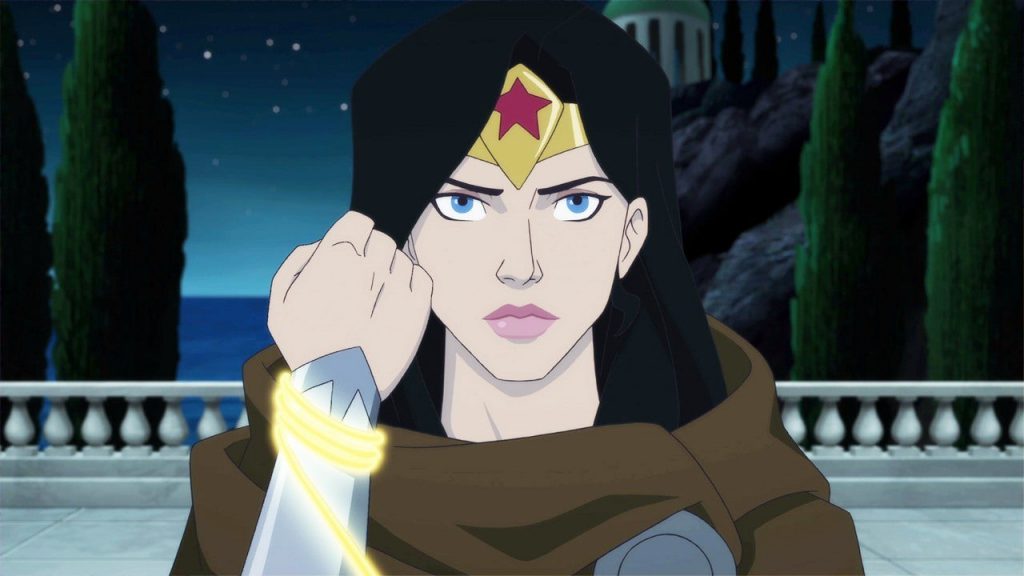 The only time you begin to see a softer side to Diana is once she is placed in the home of Julia Kapatelis who is an expert in ancient Greek history and researched the legend of Themyscira, in order to learn about the modern world in order for her to learn the best way in which to protect it. Julia becomes a mentor to Diana which only serves to alienate her own daughter Vanessa even more, a young woman desperate to win her mothers approval but is now faced with a stranger who has more in common with her own mother than she does. We soon see the more diplomatic side to Diana which she is known for, as she tries to connect with Vanessa whom Diana can already tell is unhappy and unsure with her life. To see Diana reaching out to Vanessa during her time being “mentored” is great to see because you never really see this side to Diana whilst she was on Themyscira.

Without spoiling the story too much, most of what makes up the story is the fights that Diana gets into as Wonder Woman and the story will thrown in some iconic Wonder Woman villains to showcase how powerful she is as a fighter. But the early fights against Giganta and Cheeta for example whilst very action packed are also very short, serving as simple appetisers for the big final act battle, which is actually rather incredible and one of the best battle sequences in the DC Shared animated Universe so far for me.  The pace at which the story introduces Villainy Inc, a team assembled by a shadowy figure to battle Wonder Woman never actually feels like a real threat to her whilst the very obvious use of the tragic character of Vanessa was sadly just that, obvious. But this for me is the strongest story arc in the game as it had the time to be developed at the start of the film, grown during the 2 act of the story and comes together rather satisfyingly at the end. This for me really saved the film from being just an average adventure for Wonder Woman and brings out the best version of the character yet seen in this shared universe. 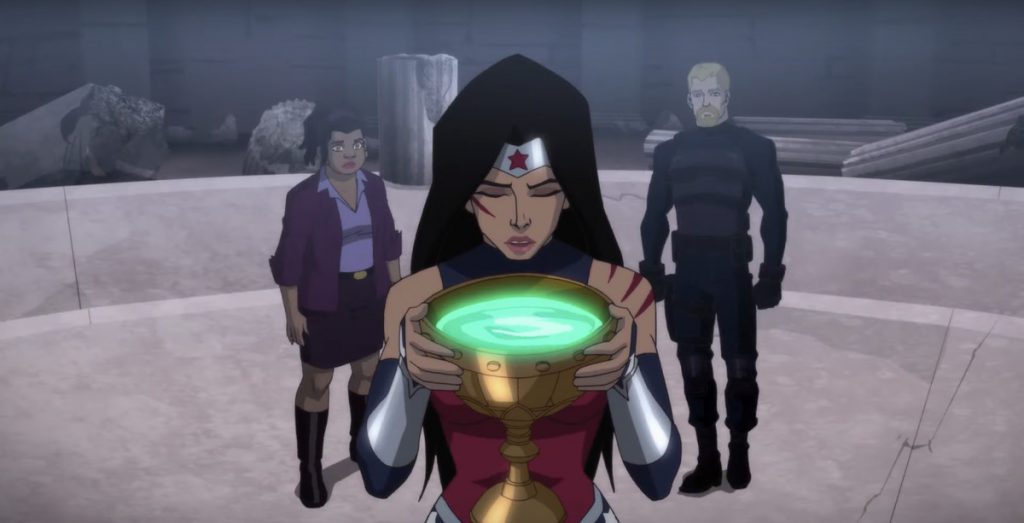 The story does manage to set up the world around Diana very well with Steve Trevor, voiced by Jeffrey Donavon bringing this charming but heroic character to life and introducing some fan favourites from the Wonder Woman comics into the universe with Ferdinand and Etta Candy. It broadens her world to show her own support network away from the Justice League for the first time. It also serves to retcon events from other character films such as referring to Diana no longer being in a romance with Superman, something that fans would have seen in ‘Reign of the Supermen’ in order to bring in the ‘Death of Superman’ story to have Lois Lane in her rightful place of love interest, and in Bloodlines Diana confirms this to Steve Trevor after he delicately asks about it whilst flirting with her. These little details are nice if you have been watching all the films and whilst it never really goes as far as to explain why the heroes in their own stories fail to explain why they don’t call in the rest of the Justice League, it keeps the Universe connected throughout.

I quite enjoyed ‘Wonder Woman: Bloodlines’ as it is really nice to finally have a film that focuses on Diana and her origins though still not a fan of how long it took and would have benefited being released a lot earlier. The pacing can feel a little off but it all nicely comes together at the end of the film with a nice little tease for future stand-alone stories for Wonder Woman. There are times though when the dialogue exchanges between characters can feel very wooden and whilst Rosario Dawn is superb once again as Diana/Wonder Woman, there are moments when the opportunity to show her character’s more diplomatic side, the story instead has the need to have her punching something in face. But we see more sides to her than shown in previous films where I felt Diana did come across more one sided as a just a powerful warrior. Now we finally have a fully fleshed out Wonder Woman character. 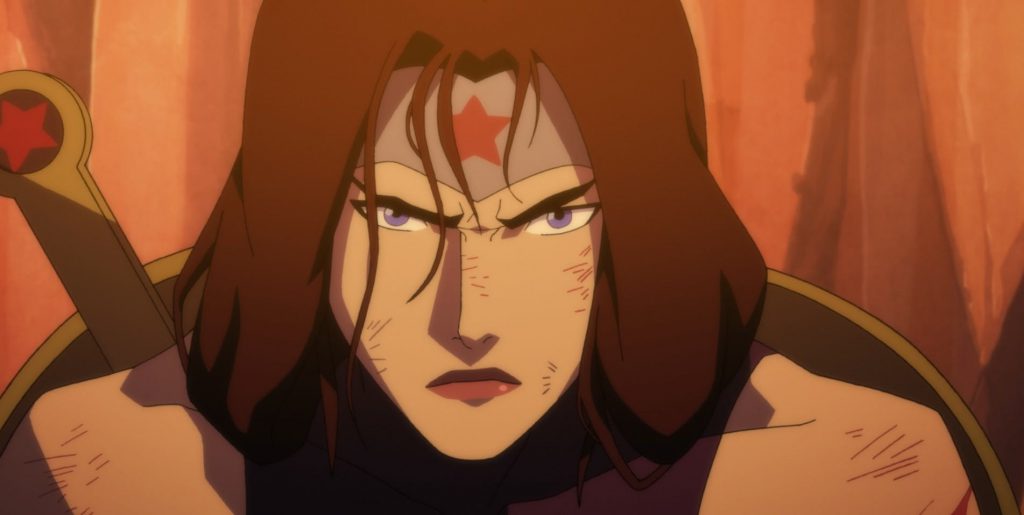 Overall this is a fun film for fans of Wonder Woman and those who are following the DC Animated Shared Universe and it has me hoping to see similar treatment for Green Lantern at some point. The next release is the animated adaptation of Superman: Red Son and from the preview that comes with both the DVD and Blu-Ray versions of the home release, it is looking very hopeful indeed.

Puyo Puyo Tetris 2, takes what we all love...
Read more