Constructor Plus is Available Now for PC, Mac, PlayStation 4, Xbox One and Nintendo Switch

System 3 today launched Constructor Plus for Xbox One, and announced the game is available now for PC, Mac, PlayStation 4, Xbox One and Nintendo Switch. Today’s Xbox One launch follows the game’s release earlier this year on PC, where Constructor Plus has already received 90 percent positive reviews from the Steam community. 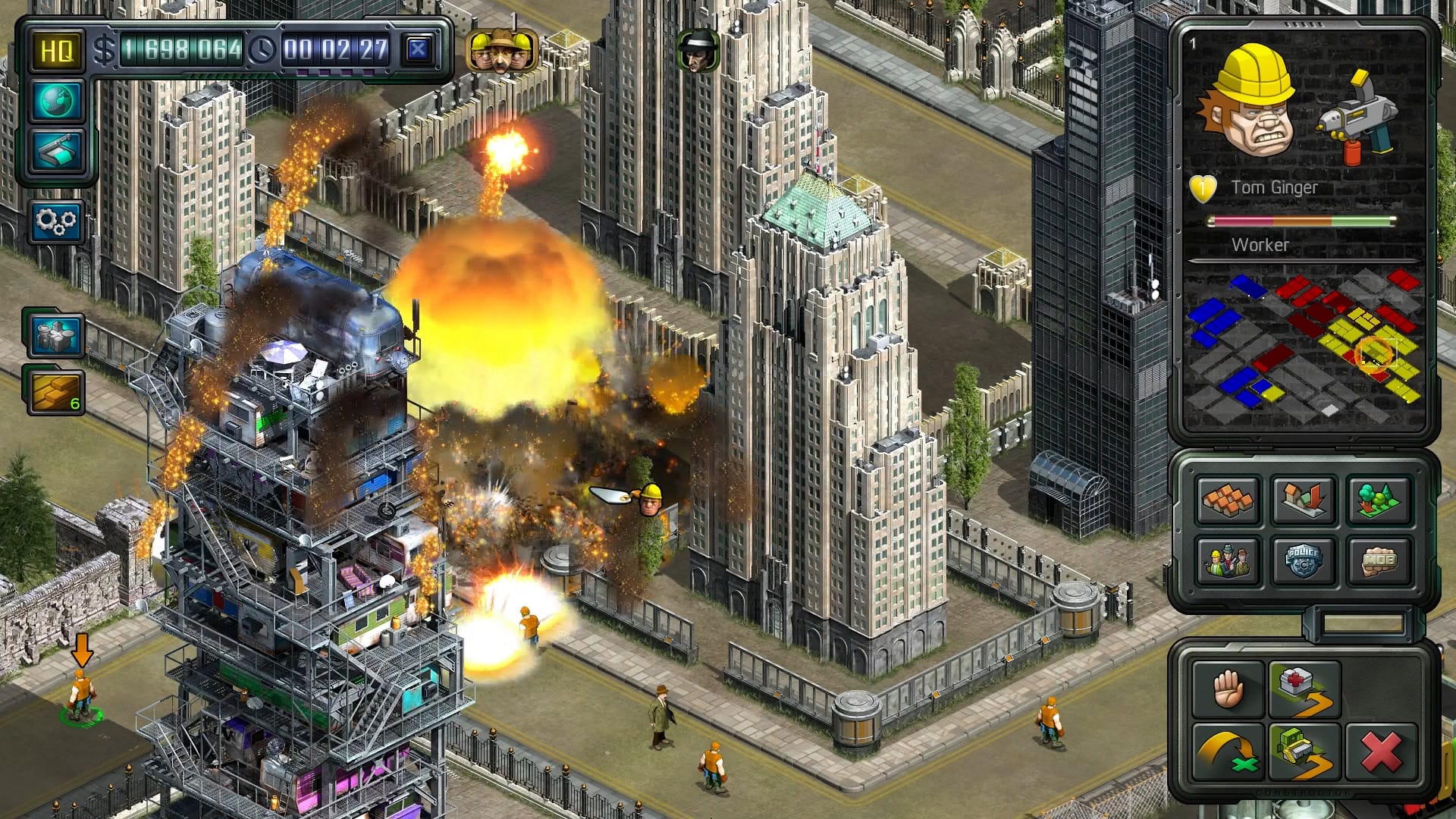 First launched in 1997, Constructor is a cult classic from the golden age of PC gaming that has been loved by players for more than 20 years with releases on formats including MS-DOS, Sony’s original PlayStation, PlayStation Portable and even Nintendo Switch. Two decades later, Constructor Plus is the first-ever sequel to Constructor, bringing the classic isometric gameplay to modern platforms with new content, new features and new ways to play.

Constructor Plus puts players in charge of building a city-spanning property empire in a game where simulation and management meets real-time strategy. Arson, thievery, mischief and all-out mayhem are the tools for taking on rival building companies and dominating the property market.

Players can employ a dodgy handyman to flood a rival building, a hippy collective to turn a respectable neighbourhood into a party capital, or shady gangsters to take out the opposition’s foremen before building can even begin. Things get weirder when ghosts spook people from their homes, zombies rise from their graves and killer clowns stalk the streets.

“2019 has been a brilliant year for revivals of nineties’ classics, and the perfect time for us to launch a true sequel to Constructor,” said Mark Cale, founder and CEO of System 3. “It’s great to see new players discovering that classic era for gaming, and great to see returning players rediscovering games they loved. That’s why we’ve made Constructor Plus available just about everywhere games can be played. Whether you’re an old player or new, you’ll find lots to love and lots to discover.”

Constructor Plus is available for PC, Mac, PlayStation 4, Xbox One and Nintendo Switch. Today’s Xbox One launch features five additional scenarios, exclusively for the platform.

Visit the Constructor Central YouTube Channel over the next few weeks to watch daily tutorial videos, and join more than 30,000 players in the Constructor Plus Facebook community.

Andrew Edneyhttp://moviesgamesandtech.com
I am the owner and editor of this site. I have been interested in gadgets and tech since I was a little kid. I have also written a number of books on various tech subjects. I also blog for The Huffington Post and for FHM. And I am honoured to be a Microsoft MVP since January 2008 - again this year as an Xbox MVP.
Previous articleVodafone customers invited to take part in official Project xCloud public preview
Next articleDOOM Eternal Playable at EGX 2019!