The next big update for Sea of Thieves lands this week with The Smuggler’s Fortune update, which will bring Pets and the new Emporium Store finally to the game. Watch the new behind the scenes look at how the new store, which will bring real world money purchased cosmetics to the world!

Want to know more about Sea of Thieves’ new premium store? Jon is joined by Executive Producer Joe to discuss how it works, what’s stocked at launch, where to load up on its currency of Ancient Coins and how its offerings will change over time.

The Pirate Emporium arrives with our Smuggler’s Fortune update, bringing in the first selection of purchasable pets! Jon is joined by Design Director Mike and Game Designer Josh to explain what these parrots and monkeys will get up to in the game!

The new in-game currency known as Ancient Coins is purchased with real world money, and it is rather alarming just how expensive the much sought after Pets and new cosmetics items are going to cost players: 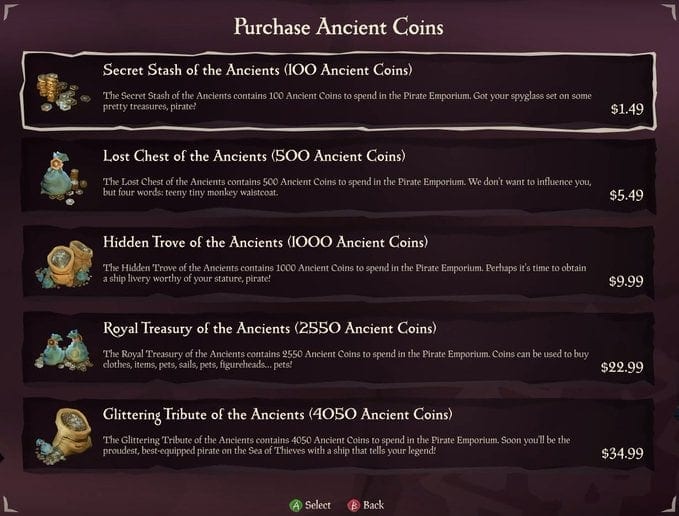 So Ancient coins can be purchased in different amounts as shown above (prices will no doubt be like for like in different regions so same amount in British £). Pets will cost 649 Ancient Coins which as you can see, would set you back at least £6.98 which is a lot of money though RARE say in the trailer above that pets are very complicated new characters to the game with their won full behavioural patterns and animations. 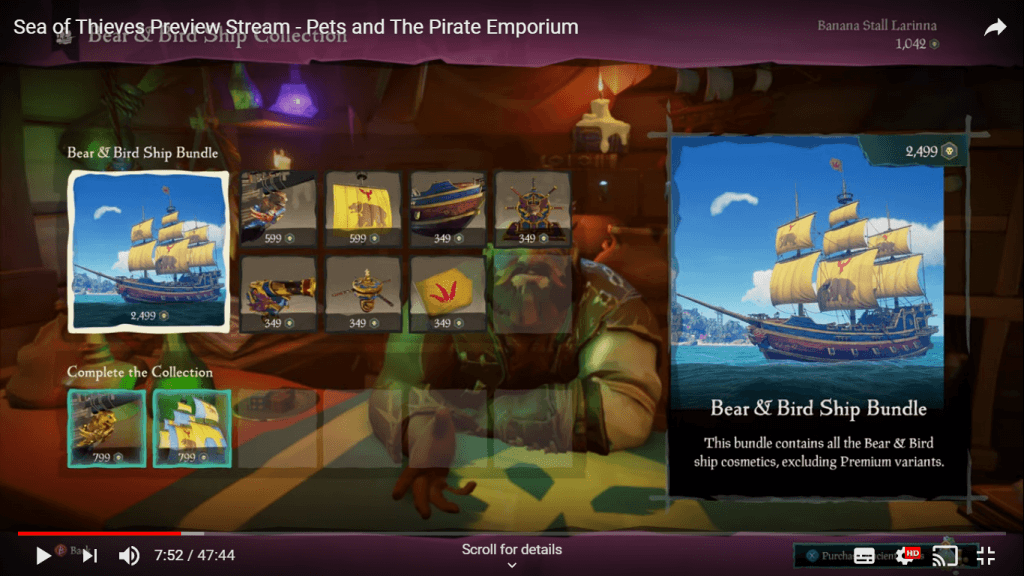 The above image taken from the live stream shows the full cost of a new Ship Set which going by the prices of Ancient Coin packs would set you back an astonishing £23.99 to have which to me is just crazy ridiculous pricing. Now RARE have revealed that “Treasure Skeletons” can be found in the would and if shot with a blunderbuss will drop all the Ancient Coins they carry but right now we do not know how much they will drop or how rare they will be to find in the world.

This update is focusing completely on adding microtransactions into Sea of Thieves, and whilst I am one of the fans of the game who have waiting for Pirate Pets ever since year one, this pricing model has already killed my excitement for them sadly.

For more information on Sea of Thieves visit: