HONOR, a leading smartphone brand, officially announced its new gaming strategy at Gamescom 2019. With a goal of advancing mobile gaming through technology, E-Sports & co-development, HONOR positions itself at the forefront of the mobile gaming industry by providing powerful gaming technology in its smartphones, innovative accessories, plans for e-sports, and unprecedented collaboration with developers.

Beyond Smartphone, Beyond Development, Beyond Gameplay

As a brand for the youth and the young at heart, HONOR will take its core gaming technology to the next level by focusing on three pillars: “Beyond Smartphone, Beyond Development, and Beyond Gaming”.

This comes weeks after the brand started to sell the HONOR 20 PRO globally, bringing to market a highly powerful device for gamers. With the Kirin 980 SoC at its core, a 4,000 mAh AI-powered battery,  8GB of RAM and 256GB of storage, the device has been described as a “gaming powerhouse” able to smoothly and comfortably play any demanding game.

The HONOR 20 PRO also includes GPU Turbo 3.0, a gaming optimisation technology increasing graphics, processing and energy efficiency of 30+ games. Titles such as Arena of Valor, PUBG and so on are able to perform comfortably at 60 FPS on the HONOR 20 PRO. The graphene cooling system supports a long-lasting and comfortable gameplay experience.

HONOR believes that gamers want more than a smartphone to support their gaming habits. In the second half of 2019, HONOR will start selling the HONOR GamePad in Western Europe. The accessory will add a physical controller experience to mobile gaming. The HONOR Gamepad has 6 buttons, connects to the handset via Bluetooth and provides an extra 400mAh battery supported by an USB-type-C connector to further extend gameplay time. The HONOR GamePad is compatible with any games that support Bluetooth control accessories. Button configuration is done in-app through the game itself.

Beyond Development: The HONOR View20 saw HONOR collaborate with gaming studios to develop motion-controlled sports games such as Fancy Skiing and Fancy Darts by making use of the TOF 3-D camera component, which also supports USB-to-HDMI connection for a better gaming experience. To support the creation of even more titles by developers, HONOR will collaborate with selected gaming studios, both Indie and established, and provide API access to allow them to develop games with such technology. 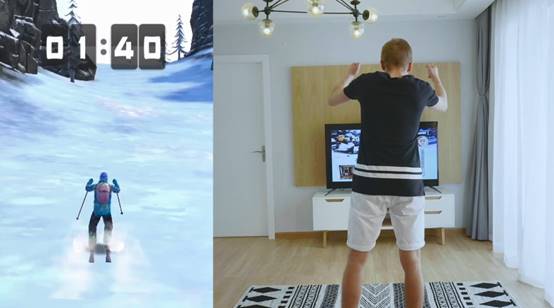 Beyond Gameplay: HONOR will deliver a superior gaming experience for users by providing pre-installed games in the “Gaming Arena” folder that make the most out of the technology in its future handsets.

Due to the fact that 18% of HONOR fans declare themselves gamers, HONOR is studying the possibility of entering the e-sports arena by partnering with renowned players and holding international-level competitions. More information will become available in the second half of 2019.

Andrew Edneyhttp://moviesgamesandtech.com
I am the owner and editor of this site. I have been interested in gadgets and tech since I was a little kid. I have also written a number of books on various tech subjects. I also blog for The Huffington Post and for FHM. And I am honoured to be a Microsoft MVP since January 2008 - again this year as an Xbox MVP.
Previous articleNew Gameplay Video for Bee Simulator unveiled
Next articleD23 Special Look Trailer for Star Wars: The Rise of Skywalker