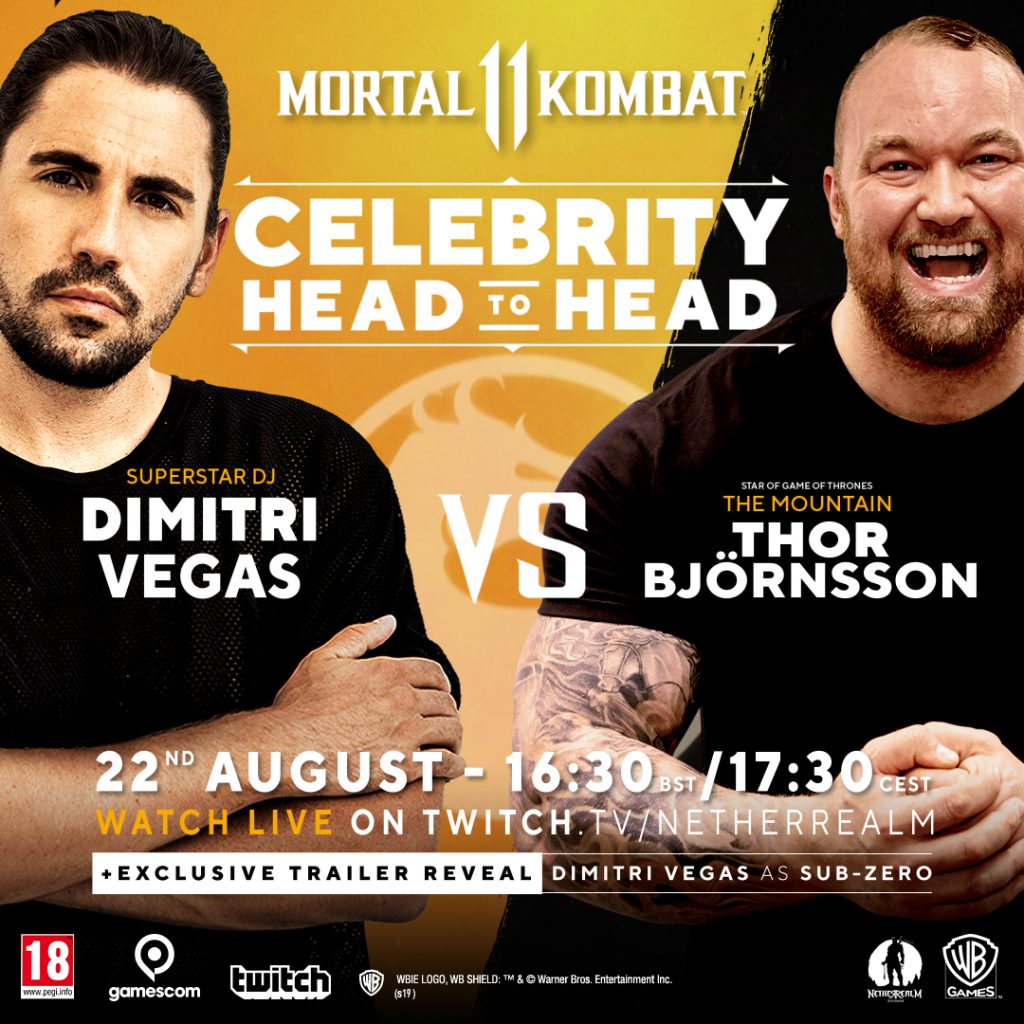 First, Gamescom attendees can watch the EDM artist, Vegas, face-off in Mortal Kombat 11 against the Icelandic strongman, Björnsson, in the “The Music vs. The Muscle” matchup at the Google Stadia consumer booth, located in Hall 9 of the Koelnmesse, on 22nd August at 3.30 p.m. BST. Mortal Kombat 11 on Stadia will also be playable for the first time at the Stadia consumer booth during show hours.

Immediately following, fans can catch the second matchup on 22nd August at 4.30 p.m. BST as Vegas and Björnsson duke it out again on Mortal Kombat 11 at the Xbox Open Doors fan experience within the Gloria Theatre. This match-up will be livestreamed and can be viewed on Mixer and the NetherRealm Twitch channel.  Xbox On’s very own Charleyy will be guest casting this match. Xbox On is the official MIXER Streaming channel for Xbox UK.

During this livestream, the new trailer for the upcoming Dimitri Vegas as Sub-Zero character skin will be revealed. The skin will be available for all Mortal Kombat 11 owners on 22nd August for PlayStation 4, Xbox One, PC and Nintendo Switch.  Additionally, the latest Mortal Kombat 11 DLC character, Nightwolf, will be playable at Xbox Open Doors from 21st – 23rd August from 4.00-9.00 p.m. BST.

In what is likely to become a...
Read more
Gaming

Sony surprised many with the pop up...
Read more