DC and WB Animation have been on a role of late and I have been thoroughly enjoying the adaptation of some of my favourite DC Comic stories from Justice League to Reign of the Supermen and now for their 35th Animated feature film, which is staggering looking back over the years, and the 13th in the new connected DC animated universe, the attention has moved to one of the most celebrated and for me personally, one of the greatest Batman stories in Jim Lee’s and Jeph Loeb’s ‘Hush’. I was worried however in how one of the best stories for the Dark Knight and the introduction of one of this best Villain’s could be adapted for an animated feature but from the trailer, it certainly looked good enough to give it a fair chance.

Batman: Hush follows after the events of ‘Reign of the Supermen’ and focuses on the world of Gotham’s protector Batman, voiced again by Jason O’Mara. The story opens with Bruce Wayne at a party being all the Bruce Wayne he can whilst Alfred is speaking to him via a very obvious Bluetooth headset when he notices Selina Kyle is also at the party, leading to possibly the fastest example of story exposition yet in the animated DC Universe, as Thomas Elliot is introduced as Bruce’s closet childhood friend. This feels rather rushed as an introduction as he has never appeared in any of the other films in this connected universe but then it can be allowed as we never really see the Bruce Wayne side to Batman in these films either. Just as Elliot heads off to bring them some drinks, Alfred interrupts again to report that Bane has kidnapped a child and Jim Gordon is about to deliver the ransom giving Bruce the opportunity to leave the party and suit up to help save the boy. His sudden need to go disappoints Selina but then she herself receives a text message summoning her and she also makes her exit.

This is where the first change from the original comic series happens with Bane not Killer Croc being responsible for kidnapping the child which still works with the story well enough to only make the change noticeable to those who know the original story, anyone new to it with this animated film wouldn’t know the difference. As Batman takes out the low-level thugs guarding the child, Bane suddenly attacks Batman who along with Alfred on comms, notices that Bane is not being his usual hyper intelligent self and instead is all aggression as he screams about the ransom money. Putting it down to a side effect of his new Venom formula and after a brief fight, Bane is put down in very epic badass Batman style. With the child safe another villain steps out of the shadow, Lady Shiva who has watched the entire encounter clearly waiting for a chance to speak to Batman. She comes to him asking for help, that someone has used the Lazarus pit and not Rhas Ah Gul to which Batman responds to say he will look into it. As Batman goes to meet with Gordon, Catwoman suddenly snatches the ransom money forcing Batman to chase her but during the chase a mystery person in the shadows uses a sniper rifle to cut Batman’s grapple line causing him to fall to the ground hard which heavily injures him. 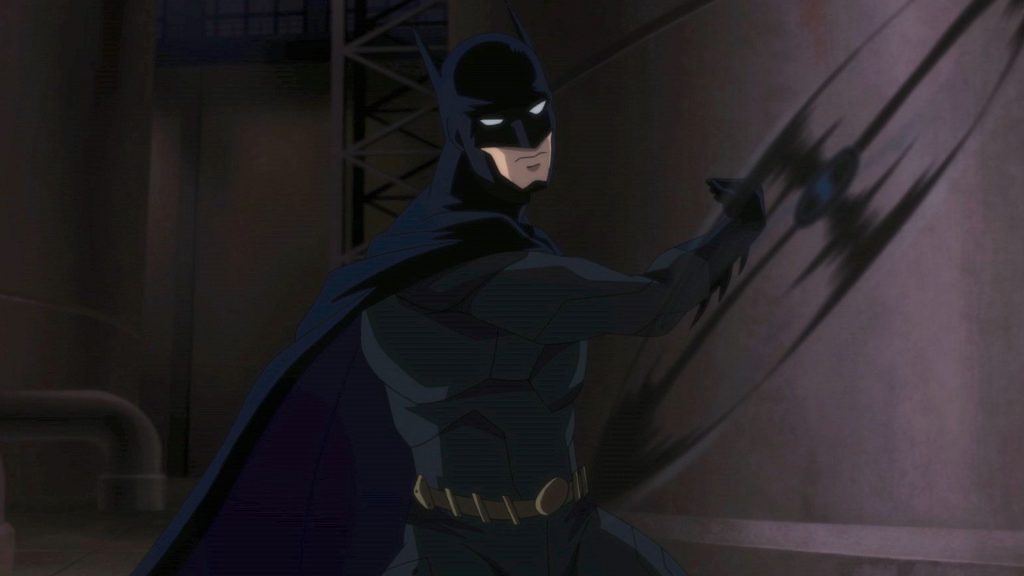 Many of the changes that had to be made to bring this story arc to life in an animated film work very well for the story such as Bane replacing Killer Croc and having Catwoman and Batgirl defending the injured Batman from a group of thugs before Alfred can call on Thomas Elliot, a world renowned brain surgeon to help save Bruce Wayne by removing the skull fragments from his fractured injury. Having Batgirl and Catwoman rescue the fallen Batman instead of Huntress keeps the circle of characters to those fans will know from previous animated films to avoid having to introduce and expand the current DC animated universe too much so the focus can remain on the main story arc instead.

This is where I find myself having to stop comparing this animated adaption to the original comic book run simply because so many of the changes are simply to allow the story to be told in the running time of just 82 minutes because having to bring 12 comic books to an animated film would simply have made this a two film story instead of one, and I almost wish they had made this a two film story because so much of what makes Hush such a fantastic Batman story, is the intricate way in which the villain Hush is so carefully seeded in the shadows as he unpicks Batman’s and Bruce Wayne’s world. Whilst this film still manages to do that to a certain extent, it lacks the delicacy of certain moments by stripping it down enough to keep the core points for the film and to adapt it for this film.

Those core points include following the mystery of who this mysterious villain in the shows is and why so many of Batman’s rogues are all active starting with tracking down Poison Ivy who controlled both Bane and Catwoman which takes Batman and Catwoman to metropolis. This leads to a very fun encounter with Superman, who is also under the control of Ivy, with one of the better Batman Vs Superman fights you will see in some time. It also led to an extra scene this adaptation is able to use with Batman paying a visit to Lex Luthor with a very well written scene which sees the arrogance and ego of Luthor kept in check By Batman. 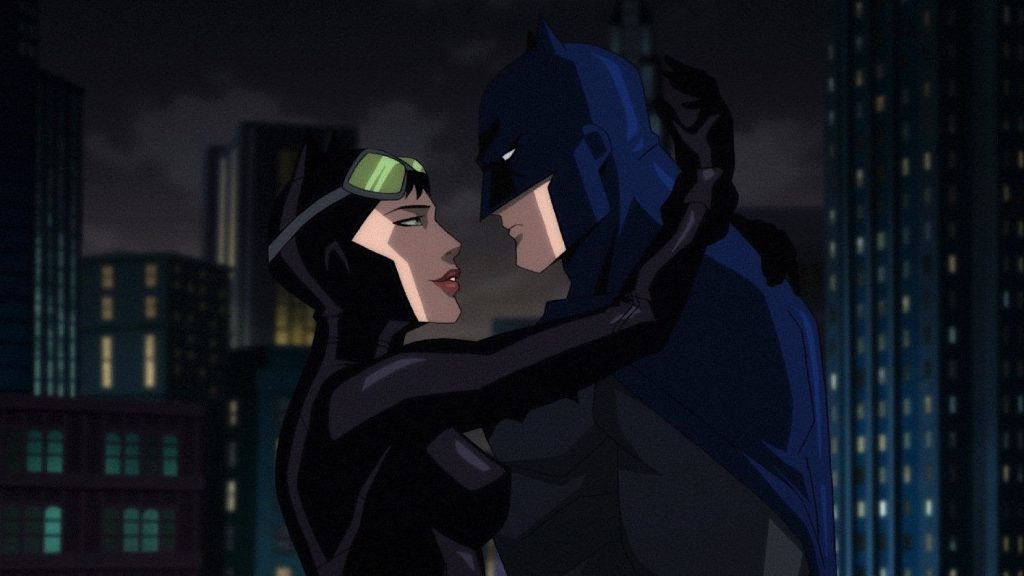 The one element that almost threatens to overshadow the actual Hush element is the romance between Batwoman and Catwoman which is the pay off for all the flirting and will they wont they style aspect to their relationship int his animated universe. The playfulness such as the opening with Alfred and Nightwing almost teasing Bruce Wayne about his need to have his own life outside crime fighting more than hints to this romance blossoming. Nice touches with Batman almost enjoying the challenge of chasing Catwoman at the start of the film to how Selina Kyle has feelings for both Bruce and Batman, which at the start of the film she did not know they were the same person. Once she knows the secret, fans finally get to see how their relationship could work as Selina moves from the grey area she inhabits as Catwoman to joining the Batfamily which brings with it some of the more lighthearted moments for the film.

The lighthearted moments are needed for dark moments from the original story are kept if still adapted a little so lose some of the nuance of the original comic book moments. Hush takes his time in the comic books to get under Batman’s skin and into his head whilst pushing him to his very limits of his own code of not killing. For this animated story however, one particular moment feels very much rushed as believing Thomas Elliot to have been murdered by Joker, Batman beats him to a bloody pulp before having Jim Gordon force him to stop strangling him to death. This sequence whilst very dramatic a powerful to see Batman that close to the edge of becoming what he has dedicated his life to protect Gotham from just lacked what I loved about the slow gradual build that a comic book run can deliver. 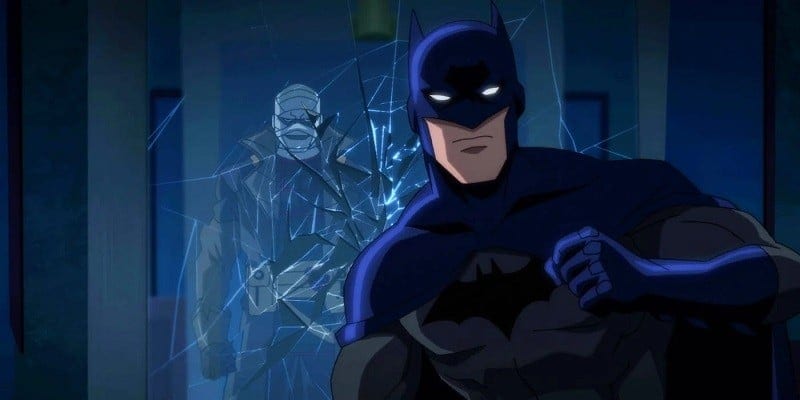 That said, for the short run time an animated film can have, I will give the script writer Ernie Altbacker managed to compact a very complicated comic book run into this adaptation, and though it loses some of the complexity of the original story and the ending twist lacks the finesse as the comic books, it is still one of the best DC animated story in this DC universe collection.

A very fun watch that manages to keep the vital elements together whilst compromising for the adaptation, Batman: Hush is another example of just how brilliant the DC Animated Universe is, and while I do wish they could have followed the original story completely even if it meant having a two film story just as the Dark Knight Returns managed to have, this is still an excellent addition to any DC fan’s Collection.

Batman: Hush is out now on Digital, DVD and Blu-ray with a special Steelbook and Mini-fig editions.