Sith Trooper from Episode IX Revealed ahead of SDCC 2019

At San Diego Comic-Con 2019, Lucasfilm will celebrate the history of stormtrooper design — and the future.

Fans attending the mega pop-culture event (July 18-21) will be treated to a new exhibit of trooper armor from across the Star Wars saga, including a first look at the next evolution in Imperial/First Order soldiers: the “Sith trooper” from the upcoming Star Wars: The Rise of Skywalker. It’s a modern and more menacing look befitting its namesake.

“It has some really unique aesthetics to it,” says Madlyn Burkert, Lucasfilm archivist, who is co-producing the exhibit. “And it has some subtle ties to previous stormtrooper designs, which I think fans will enjoy discovering.” There will be a selection of new “Early Release Edition” Sith trooper products debuting at SDCC 2019.

“Most mannequins are made for fashion,” she says with a laugh. “With our armor, we need a different pose.” Appropriately, the Lucasfilm pavilion will have a visual Death Star theme, and the stormtrooper exhibit promises even more surprises, including a photography and video component, the latter of which will feature Star Wars creators such as concept designer Doug Chiang. 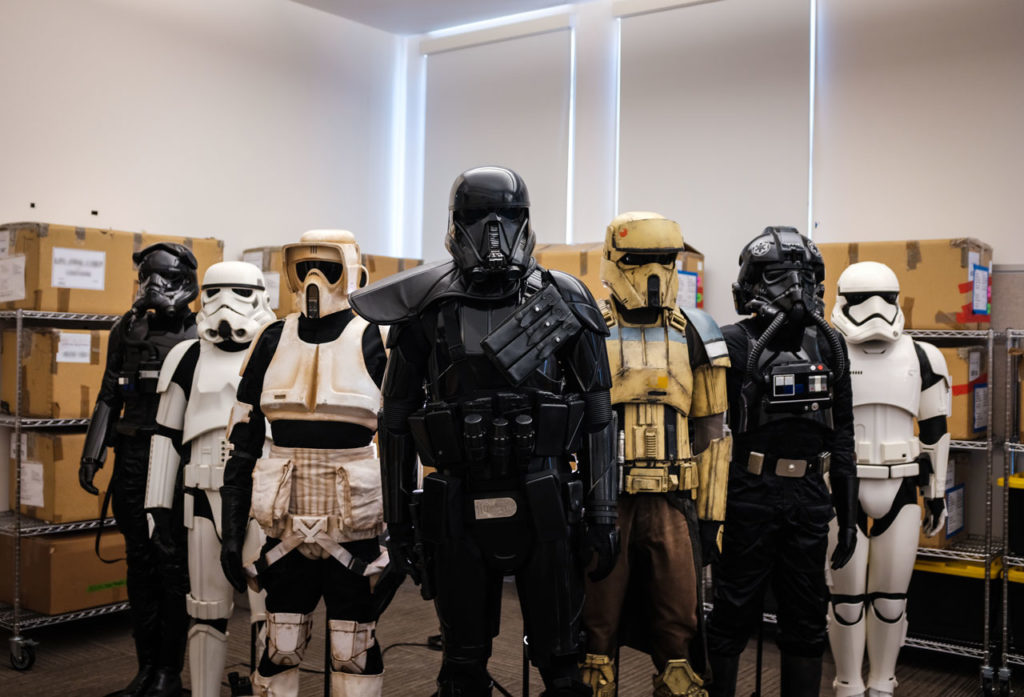 While Lucasfilm’s previous costume exhibits have largely centered around film releases, this year the goal was to celebrate both The Rise of Skywalker and the Star Wars saga as a whole. The stormtrooper was a natural focal point to accomplish this. “The stormtrooper itself is one of the most iconic parts of Star Wars,” says Este Meza, Lucasfilm’s senior manager of events. “Seeing all of the pieces of armor together is very powerful.”

“We’re really excited to show this design history,” Burkert says. “It takes us from the beginnings of Star Wars and leads us right to the final chapter of the Skywalker saga.”

Star Wars Episode IX: The Rise of Skywalker is due to be released in Cinemas on December 20, 2019.