Suda 51’s No More Heroes has always felt more at home on a Nintendo system, so it’s no surprise that Travis Strikes Again: No More Heroes is currently a Nintendo Switch exclusive. But does Travis Touchdown still have a few tricks up his sleeves or should he have stayed retired?

Technically Travis is brought out of retirement when an angry man called Badman comes looking for him. Turns out that one of the many people that Travis killed had a nice father who wants to avenge her. Instead of the immediate duel to the death, players are treated to a new concept though. Both characters agree to team up to go looking for rare video-games that when inserted in a special Death Drive MK-II console will grant them a wish (resurrect the daughter) after beating them.

This is a Suda 51 game though and beating the games literally means being sucked inside each of their worlds and defeating the end boss. Although it starts off as a promising concept, it is soon clear that this is sorely lacking the wit of the other No More Heroes. Style and corny jokes are the staples of No More Heroes, but here they quickly start to go stale and that’s before the introductory level is even over.

Even some of the trademark ideas that made previous titles so peculiar start to feel forced here. It becomes tiresome to watch Travis go to the loo whenever the game is saving progress or having to press the analog stick and shake the Joy-Con controller whenever the weapon needs to be charged. Both events that players will unfortunately get acquainted with and some others as well. Such ideas are entirely redundant and the addition of them adds no value to the game and they have long overstayed their welcome. 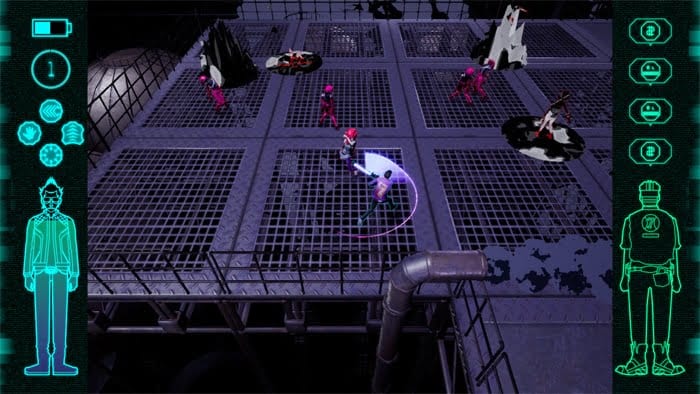 Each of the games has a different style and although Suda 51 games can feel like the equivalent of a found footage horror film, here it just doesn’t work that well. The different ideas that are used just don’t feel connected and it ends up making this a very mediocre experience.

As expected, the game at its core consists of taking on waves of enemies as the characters make their way to the place where the boss is waiting. Each of the characters can make use of normal attacks and new abilities that are equipped and can be used when they are charged. Although each game comes with its own gimmicks, such as using switches to make a path to a location in the second game, these don’t exactly provide players with that much of a challenge.

For the first time in the series, the game is viewed from above most of the time with a fixed camera that doesn’t exactly do it any favours. If anything, it makes it harder to see what is going on at times and it ends up making the fights feeling less satisfying to take part in.

After completing a game Travis goes looking for the next game to beat and we find out that people love to chat in this game. The worst part is that there is no way to skip any of the dialogue and it’s necessary to get through large chunks of it to gain access to the next game. 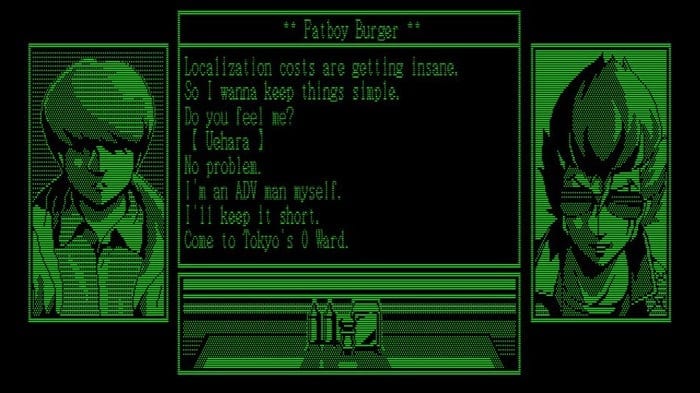 It’s surprising to imagine how anyone thought the typical player would have the patience to wait for lengthy chunks of text to slowly appear on the screen. More so when it seems to be included at the expense of no actual exploration outside of the levels. It ends up making Travis Strikes Back feel very restricted and not as creative as previous games.

It’s clear that there are some creative ideas to be found, but they are not only poorly executed but also don’t look like they belong together. It’s more like a mix of ideas that have been thrown together in the hopes that it somehow would equal a game.

Suda 51 is well known for his bizarre approach to game development, but not even his unique charm can make this anything less than a chore to play for the typical player. Ironically at one point Travis states that “this game sucks” and if truly feels like he is throwing shade at his own game.