Looking back to 2010 and if honest, the original RAGE game fails to ignite many fond memories other than the setting and the story, which for me was a nice twist on the post-apocalyptic world trope. So, when it was announced that it was to get a sequel nine years later, I was both surprised and curious. In that time Bethesda has released some of my favourite story driven single play shooters in the DOOM reboot and Wolfenstein series and knowing that RAGE 2 was being developed by Avalanche Studio who made the excellent and personal favourite game of mine, Mad Max, Rage 2 had my attention!

Rage 2 is set years after events in the first game and the Earth is still reeling from the devastation of the giant meteorite strike that decimated the planet. The first game set the scenes following the apocalyptic destruction brought by this meteorite, named Apophis and genetically enhanced survivors started to reclaim the world with a rogue element calling themselves the Authority, trying to shape humanity according to their own plans. Picking up the story 30 years later, and descendants of those enhanced survivors are adjusting well to the landscape and things are seemingly going well with the Authority gone. But that is all torn apart when the Authority suddenly attack the main base and take down the main Ranger force, those enhanced individuals able to use the advanced tech and weapons to defend the settlements, lead by villain of the original game General Cross who has gone full on cyborg and looking more like a Transformer than how he was in the first game.

During the battle is where the player finally gets to step into the shoes of Walker, an orphan who has been raised by Erwina Prowley alongside her daughter Lily. Now Walker is a generic name as the player is able to select the gender of Walker for the story, and once into the story, Walker learns that General Cross has captured Prowley and murdered her, which doesn’t sit too well with Walker. During the opening scenes, Walker takes the Ranger suit from a fallen ranger, a suit that enables Walker to tap into his enhanced genetics and Ranger weaponry. When the dust settles, it is clear that Walker is not the last Ranger standing and goes to the Ranger HQ to try and work out what to do next, which is when he/she discovers a final Holographic message from Prowley for Walker, no doubt designed to be played upon her death and the message explains to Walker that they must find three characters to help complete ‘Project Dagger’ which would put an end to Cross and his Authority once and for all.

This is the point where the game really comes to life as Walker’s mission is to roam the regions in search of the three key characters who can help complete the last gasp ‘Operation Dagger’ and the majority of the main story missions will be working to complete objective missions for them. The story itself is a little short in that respect, the focus is mainly in just getting Project Dagger up and running. To offset this, Avalanche has gone back to the tried and trusted gameplay of Mad Max in that the player can go exploring the different regions taking on mutants, Authority forces and Bandits to expand the gameplay. If you have played Mad Max then so much of what has gone into RAGE 2 is going to feel very familiar in both good and bad ways. There are plenty of places to discover and explore and every bandit outpost will have collectables to find in order to complete that location with either having to find Data Pads which will add some lore to the game and storage chests which can contain money or Feltrite Crystals which are used to help unlock new level tiers for weapons and Walker’s enhanced abilities. 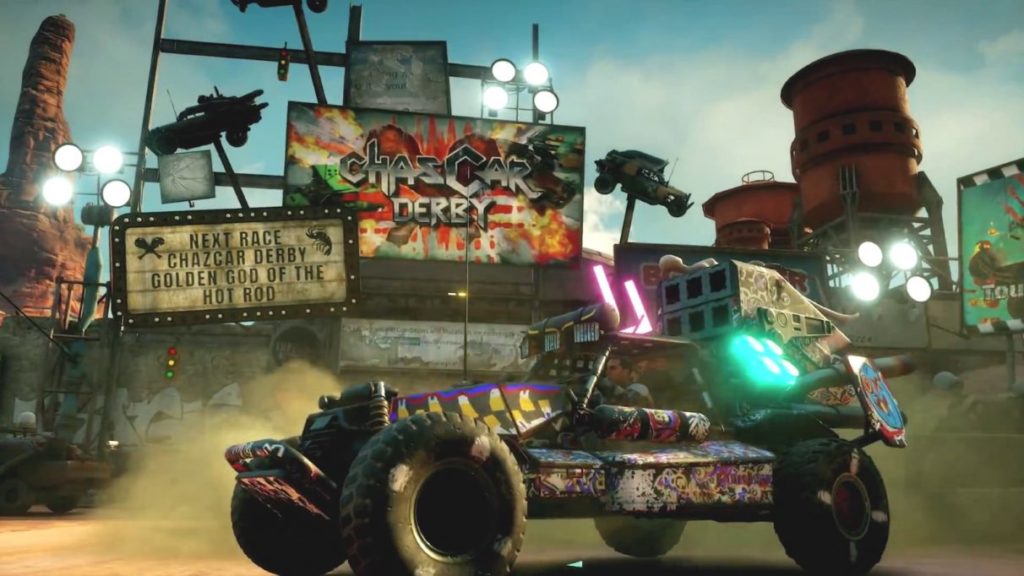 Those weapons and abilities can be found in any of the 14 Arcs located around the map, Arcs being the survival containment vessels that the enhanced survivors went into before Apophis took out the world. Some will contain new abilities for Walker to absorb through his/her suit or will hold one of the deadly enhanced weapons that only Rangers can wield. The abilities range from super jumps to the ability to force shatter an enemy to a powerful ground slam capable of taking out many enemies at once. The more abilities you absorb the more dangerous and powerful the player becomes which will help not only exploration but also in the combat as when things kick off later in the game, you will come to rely on both the abilities and weapons combining together and boy once these are levelled up they can be very fun to unleash.

The combat is where RAGE 2 really comes alive for me and it certainly takes inspiration from DOOM and Wolfenstein in this respect. The violence and gore are very much a nod to all things DOOM whilst the cut-scenes and storytelling is from Wolfenstein’s playbook. Now having played both series a lot in recent years, it was a very smart choice in bringing RAGE 2 into line with how those games handle the action but at times RAGE 2 can feel a little too close to them which stops it truly standing out on its own. The weapons feel so great to use from the starting Ranger Pistol and Assault Rifle to the shotgun and crazier advanced weapons with the Hyper Canon and Rocket Launcher the stand out big guns to use.

Abilities, weapons and your main vehicle, the Phoenix, can all be upgraded with a really frustrating two step upgraded process. First, each ability and weapon have a tier system which can be unlocked by spending Crystals and each tier contains upgrades which can be unlocked using weapon mods or ability boosters. This enables the player to pretty much tailor how they customise the abilities and weapons to their play style through progression until each can be maxed out. When you do start improving weapons and abilities, you will become quite the unstoppable force which increases the fun you can have but also has one downside, you can become too strong.

For example, for the most part of my first run through the story, I only used the pistol, assault rifle and shotgun along with my abilities like shatter and ground slam. Other than grenades and the amazing wingstick weapons, the more I levelled those up, the less challenging fights became, even with the tougher end story level encounters. In fact, the assault rifle once fully upgraded was able to pretty much handle every encounter including the boss level enemies and the reason for that is because the enemies fail to scale up to how powerful you can become. So many of the tougher enemies such as the Authority Sentry units and the convoys you can take down, stick to the same patterns of attack which are very easy to learn and then manipulate to get the win. This makes so many of the encounters pretty much routine by the end and rather dull, which is a real shame as exploring to earn all the materials to level up as well as finding all the arcs is what you will spend most of your time doing between story missions. 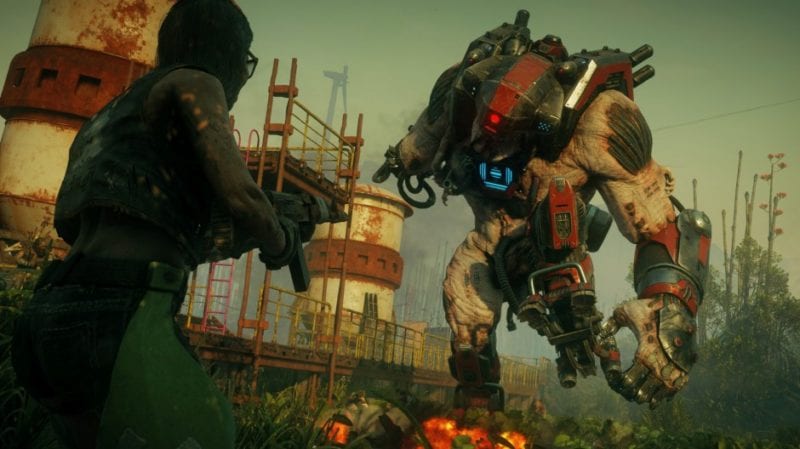 Whilst still fun with some fantastic combat encounters early on, it can become tedious after a while as bandit camps become nothing more than a quick shoot out before trying to locate all the collectables in order to clear that location. The moment your weapons and abilities become stronger than the enemies you can face, those battles become mundane and far too easy. Whilst it borrows quite a bit from Mad Max, Doom and Wolfenstein which take it to a new level from the first game, by the time you do reach the end, there is little else to do other than clearing up the map which can become repetitive.

The story has a short narrative would could have benefited from having some more to do as the setting is rather captivating if full of quite a lot of plot holes. But I did enjoy my time with RAGE 2 and to say that using the Danny Dyer voice pack cheat wasn’t fun for a short time would be a lie. It will be interesting to see if there is a future for RAGE as a series, and there is certainly enough here to build on but for now, this is one that could have delivered far more if the progression system took into account how strong you can make your Walker and scaled the enemies to match.

But players will have to be very forgiving of its shortcomings and though the combat can be extremely fun, it doesn’t do enough to balance out all its parts.