Snooker is one of those sports that is loved by dedicated fans but overlooked in favour of the more pub friendly Pool table by most people. In fact, over the years, whenever I have had to explain the difference between Call of Duty and Battlefield series, I always say that Battlefield is the Snooker to CoD’s Pool. It is a sport I used to play with my dad and into my early 20s and I still have my official John Parrot Snooker Cue in a case somewhere…gathering dust! But over the years I have really enjoyed playing the video game version of Snooker which for me began back in my Amiga days with the exceptional Jimmy White’s Whirlwind Snooker and it became my benchmark for snooker simulator games from that moment. Now it is also hard to believe that it has been almost ten years since an officially licensed Snooker game was released, especially on console but now we have Snooker 19. Only question is can it hit a 147 or accidentally pots the white instead?

I was fortunate enough to discover this game during my time at EGX Rezzed back in early April in the [email protected] area, it was tucked away in the corner amongst some of the best indie games coming out this year, and it was interesting to see who was gravitating around its demo stand, mostly dads really. I patiently waited my turn and right away I was taken back by how visually stunning this game looks from the ball physics and animation to just the recreation of tournament quality table and players, it really could be easily mistaken for a televised match at times. The presentation and attention to detail really is quite remarkable and I certainly tip my hat to Ripstone and Lab42.

Snooker 19 has a good deal of modes for players to enjoy from the standard Exhibition matches and online Multiplayer that you would expect, but what did come as a nice surprise and something real die-hard fans of the sport will appreciate, is that it actually has two types of Career Mode. The first is the 2019/20 season where you can select anyone of the 128 already Pro players which is pretty much making this the FIFA of Snooker games already with that size of a roster. The second is a really nice touch in my opinion, and that is the option to instead, pick one of the many rising stars of the Snooker professional world and attempt to take them to the big leagues.

The only real downside to both Career Modes is that there is currently no option to create your own snooker player, which would have been so much fun to create your own and guide them through the rising star mode and then into the pro player mode. To be fair to this lack of option in the game, the roster of players you can play as is pretty huge, but it still is a shame not to have a create a player option. 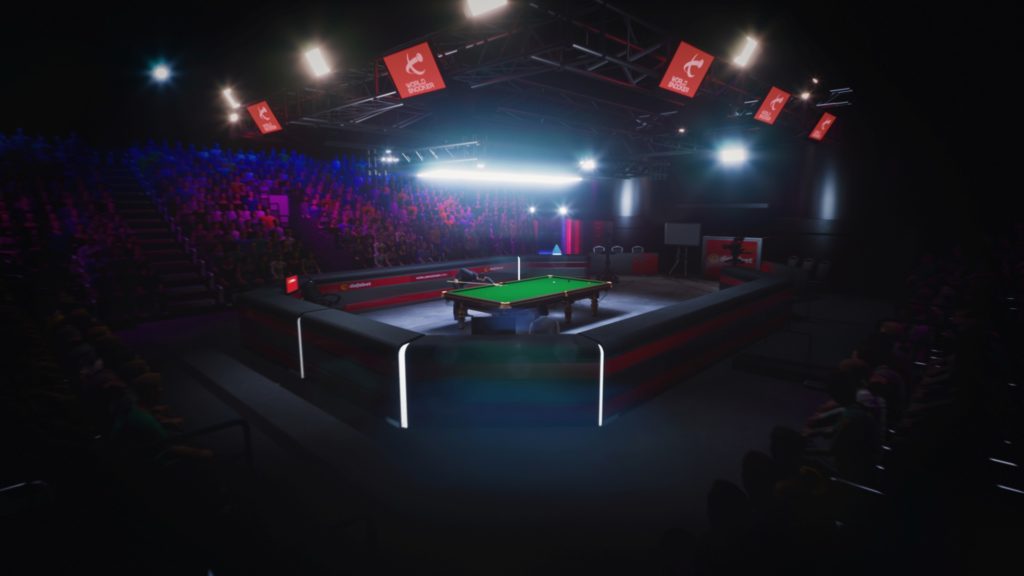 When I played the short demo at EGX Rezzed, the one concern I had was the gameplay via controller. Snooker 19 does a solid job of making what would normally be extremely straight forward with a mouse and keyboard system, into something very user friendly for controller although it will take some time to get used to. There is a real effort to make playing Snooker 19 feel as much like actual televised Snooker as possible, which means the top down view of a TV broadcast is the default view as you work to set up the initial shot. It is only when you move into the second stage taking the shot, does the game move your view to behind the ball, something Snooker games of yester year would do from the off. It features a good few aim assist options for players of all skill types so lining up a shot and knowing there the cue ball is likely to go is a great help as is the ability to add spin to a shot and how much power to use. It does take some time to adjust too, which is where a practice mode would really come in handy but sadly this is not included in the game.

Where the game falls down a little for me comes in the form of the opponent player’s AI, which the developers have been pretty vocal about putting across that each player in the game is a true representation of their real-life counterparts in terms of their playing style and skill. This can translate in the game as a very sudden god like performance by your opponent, even on easy difficulty which can have you the player just sitting and watching as the AI player knocks out amazing high break scores or pulling off insanely accurate ‘snookers’. For me this was rather humiliating as I would often watch a frame play out as if I was actually just a bystander watching the match on telly. This led to some very non fun, painfully slow and embarrassing matches which would sadly, cause me to have to quit the match in order to try again and hope the gaming gods took some mercy on me. This did not happen all the time and was very much dependant on which player I was facing but even after many years of suffering the overpowered nonsense of super star FIFA rated teams online, it just felt more personal experiencing it in a nice game of Snooker. 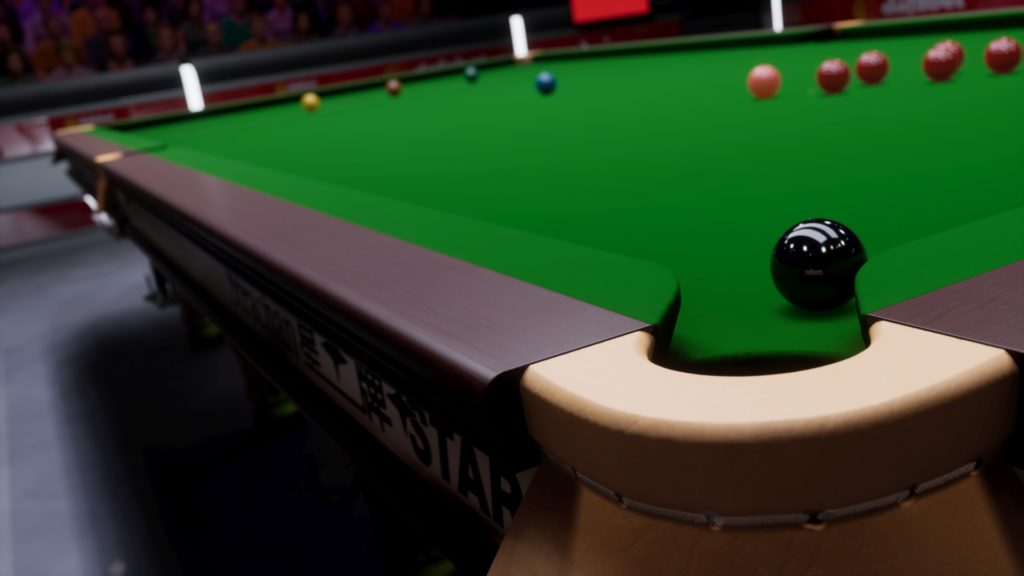 Snooker 19 is very much a simulation of the sport with very little arcade feel to it, this really makes this a great game for the devoted Snooker fan and less of a must play for any casual fans out there. It recreates the television experience as much as a video game can but the animation and look of some of the roster of professional players can be less than realistic, sometimes to comedic results. The game would have benefited from a dedicated practice room and it would have been more immersive if you could create your own snooker player to challenge the real players on the impressively large roster.

But I admire what it tries to do and having the official licensed tournaments and players gives it real authenticity, helped by the fact there is no other Snooker game to rival it, this will deliver the Snooker gaming experience you would want if you are a dedicated fan of the sport.