Interested developers may submit their applications on Huawei’s Friendly User Test (FUT) app with a HUAWEI Mate 20 Pro device. Once registered, developers may download the beta software via Huawei OTA, and are encouraged to submit feedback to Huawei throughout the test period. 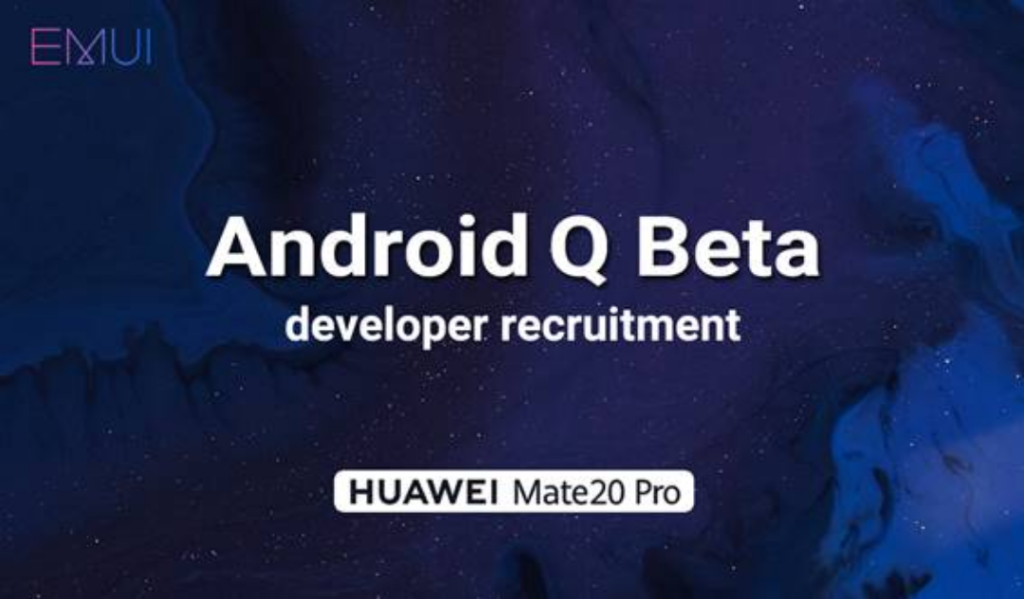 Announced May 7 at Google I/O 2019, Android Q is the tenth major version of the popular smartphone platform. Designed with stronger protection for user privacy, the latest Android version introduces new security mechanisms and offers more granular controls over how data is shared between the operating system and apps.

The update adds features that accommodate user demands for new entertainment experiences and novel use cases enabled by new device form factors such as foldables. It also natively supports a 5G framework in anticipation of the upcoming 5G-enabled smart devices slated to arrive later this year.

During the presentation, the HUAWEI Mate 20 Pro was listed as one of the initial devices to support the Android Q Beta. Following the beta testing period, the full HUAWEI Mate 20 Series will also be among the first to receive the new Android version once it is released.

In recent years, Huawei has been working closely with Google to improve the Android platform, sharing its experience in security and performance optimisation from developing EMUI with Google for the benefit of all players in the industry. The feedback Huawei receives from developers participating in the Android Q beta test will also be relayed to Google to accelerate the development of the software.

Chris Hare
A True Tech Geek at Heart, I Started my life of being a Tech Geek at the age of 5 with the BBC Micro. Went on through most of Nintendo stuff and now a Xbox and PlayStation fan. I also leaked the information about the leaked Hotmail passwords story from October 2009 that went World Wide. I Started writing tech articles at the beginning of 2011, most of my articles are about Android phones and Xbox One and PlayStation 4 and other gaming news. When Chris has free time its with the family.
Previous articleHuawei P30 and P30 Pro’s Dual-View Camera Mode Now Available Overseas
Next articleWelcome to the Huawei P Smart Z 2019 with a popup camera

To usher in Star Wars Day today, Nanoleaf has created unique Yoda and lightsaber designs using its popular Shapes and Canvas ranges of customisable smart light panels and we have some to giveaway.
News

PlayStation vs Xbox Which Console is the Dirtiest

Ever since Microsoft entered the gaming market in 2001,...