The reveal trailer for Jump Force both equally made my jaw drop as it did confuse the hell out of me. As a fan of MANGA anime. To see iconic character after iconic character of all the MANGA Anime shows I loved all appearing on screen together had me excited, I had no idea if it was going to work or how it was even possible to bring so many characters together in a single game but finally, and being a little late to the party, I was finally given the chance to find out for myself and it was quite a mixed bag.

Following on the success of Dragon Ball FighterZ was always going to be a tough one for any fighting game from Bandai Namco, but especially for such an ambitious title like Jump Force. It is also worth noting that for this game, they have gone back to the large area Dragon Ball Xenoverse style of 3D fighting in a massive area which, if you have ever watching Dragon Ball animated sagas you will know that battles rage over wide open spaces. I did find this strange considering the tremendous success and welcome from fans for the 2D tag team style of Dragon Ball FighterZ but then, with the scale of the fights by bringing together so much of the MANGA universe together, on paper this style makes sense, the execution sadly not too much but will come back to that point a little further on.

The story mode opens with Frieza, my personal big bad of any animated show, appearing in the world along with a force of bad guys known as the Venoms. Doing what Frieza delights in doing, he is soon killing without mercy and destroying the city when one of his lasers hits you, the player. Before you can die however, Trunks appears and decides to save you by infusing you with an Umbras Cube, which not only revives and heals you but also gives you super powers of your own, with the ability to learn more through fighting. Now you as the player are part of the Jump Force, working to put an end to the evil whilst working alongside some of the biggest heroes in the universe. 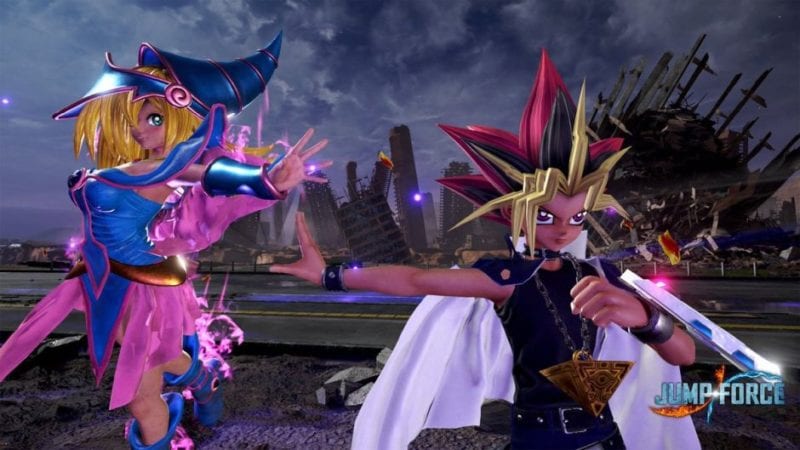 The story itself is rather flimsy, not to mention the visual style which just fails to win me over especially in the story cut scenes where the animation is very minimal and every character looks like the test of a 3D modelling engine for a fan made short, whilst the voice acting is spot on, it all comes together is a rather messy and clumsy way outside of the actual fighting. Every character just looks so wooden, almost figurine like and for me it is very off putting throughout. Next comes the Hub World which is the Jump Force base and is a very bland empty space that players will find most of their time is spent outside the battles. In this hub players can find side missions to undertake and also spend the in-game currency to purchase new cosmetic items for your character which when you first create your character, are painfully light in variety.

The lack of variety also appears in the poorly balanced use of the different universes brought together with Dragon Ball the most dominant and even in the story the way characters interact just feels very bland instead of the celebration that it could have been to have some amazing characters brought together to interact and yet, no attempts to do anything clever or to have any real fan moments is just a waste of this opportunity. But what the story and the game overall really just want to do is focus on the fighting, putting these characters against each other and the player.

The combat system is relatively simple using a tag team style combat with the character having support characters vs the same on the other side. Support characters can be called into help or can be switched too but they all share a single healthbar which is an interesting way to manage a multiple character team compared to again, Dragon Ball FighterZ where switching a character can save the day and provide a final chance to get back into the battle. Controls have also been kept very simple with light attack, heavy attack, throw, and jump buttons and simply repetition of the attack buttons will trigger combo attacks making this a very button mash friendly game as it works across all the roster of characters. Right trigger can be used to charge up energy which can then be used to execute super moves, which really is a fan delight to see the well-known moves of the characters put on screen. Whilst I did not find this combat style to be as satisfying as other fighting games, it does suit the variety of the characters in the roster allowing for many dream match ups that fans will appreciate. It is just a shame that brining the battling, story campaign and hub world together feels so lacklustre that disregards the potential the game has to deliver for fans. 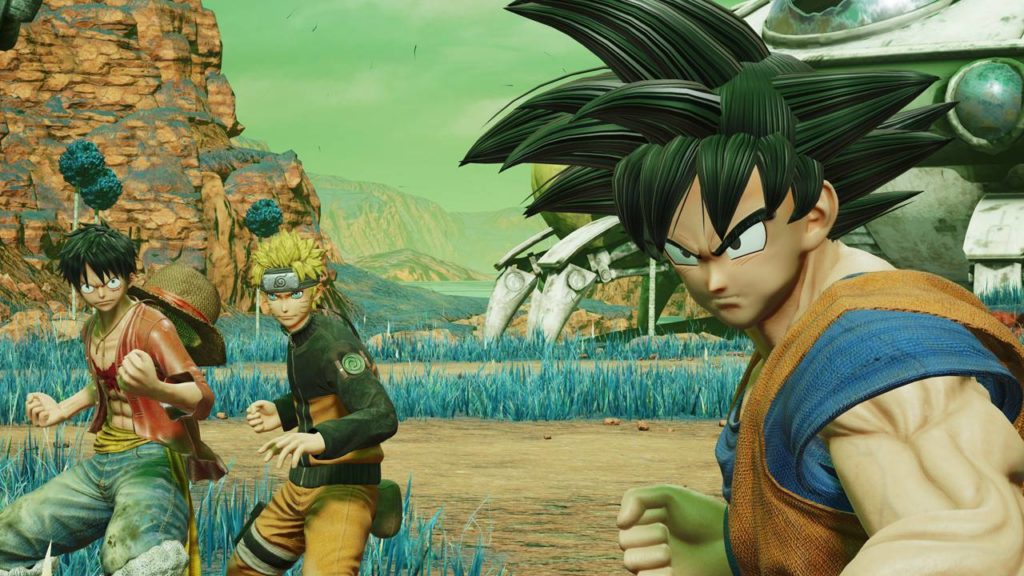 I do like the RPG elements however, with XP earned from victories which can then be used to improve stats and attributes as well as the ability to learn new attacks to allow the crafting of the players custom fighting style. I also did appreciate despite being lacking in real substance, of having so many iconic characters together specially to put together as a fighting team certainly has its appeal which many fans of the various universes will appreciate. A roster of 40 characters is huge for any fighting game and with the Season One DLC Pass promising more iconic DLC characters to come.

Failing to fulfil the promise and potential is why ultimately Jump Force is a mixed bag for me, neither one of the components is fully satisfying enough to keep me returning if not to just dabble when new characters are added. But it is being supported with free updates as well as Season Pass content, with a Clan feature and Vertex Event whilst the first paid DLC will debut in May and will introduce a famous Yu-Gi-Oh! anime character Seto Kaiba to the roster.

With continued support and improvements Jump Force should continue to grow, but it is certainly a very niche fighting experience relying on fans love of the different franchises being brought together to attract players to it. I just wish more focus had been put on the details of the experience rather than just smashing all these worlds together and hoping for the best.