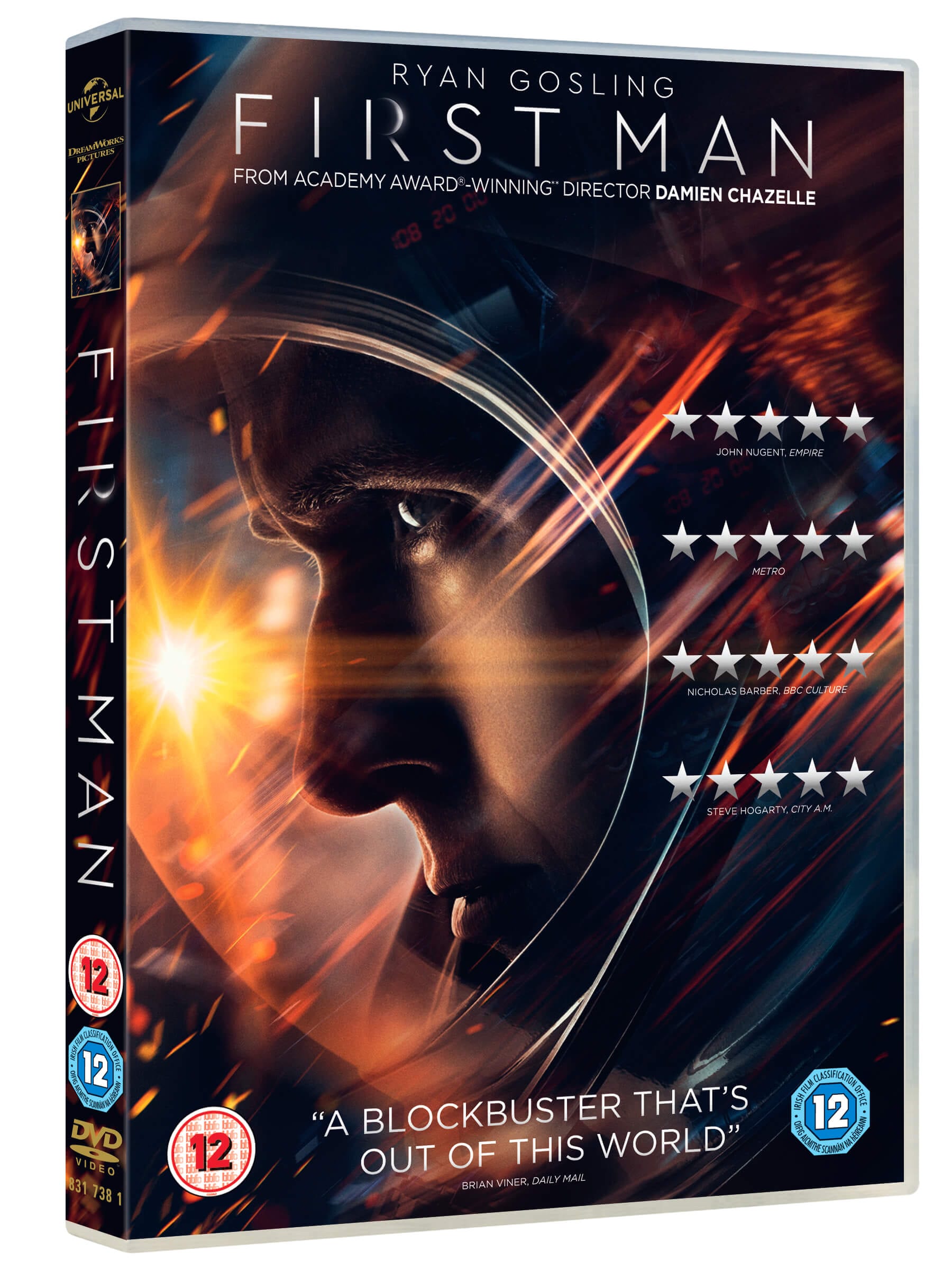 On the heels of their six-time Academy Award-winning smash, La La Land, Oscar-winning director Damien Chazelle and star Ryan Gosling reteam for Universal Pictures’ First Man, the riveting story of NASA’s mission to land a man on the moon, focusing on Neil Armstrong and the years 1961-1969. A visceral, first-person account, based on the book by James R. Hansen, the movie explores the sacrifices and the cost—on Armstrong and on the nation—of one of the most dangerous missions in history. Written by Academy Award winner Josh Singer (Spotlight), the drama is produced by Wyck Godfrey & Marty Bowen (The Twilight Saga, The Fault in Our Stars) through their Temple Hill Entertainment banner, alongside Chazelle and Gosling. Isaac Klausner (The Fault in Our Stars) executive produces. DreamWorks Pictures co-finances the film.

As you have probably gathered this film is all about the first man on the moon – Neil Armstrong. You probably know the story, or most of it, or at least you think you do. First Man really goes into the details you may not know and really makes you think how all this was actually achieved back in the 1960’s.

This is a spoiler free two minute review so I won’t go into an details about the film itself, although you probably know he does actually make it to the moon!

Overall First Man is an excellent movie, brilliantly directed with a story that will make you concentrate on it for the entire movie. If you are even the slightest bit interested in space or history, or you just want to watch a great movie then make sure you give First Man a watch, you won’t be disappointed.

Andrew Edneyhttps://moviesgamesandtech.com
I am the owner and editor of this site. I have been interested in gadgets and tech since I was a little kid. I have also written a number of books on various tech subjects. I also blog for The Huffington Post and for FHM. And I am honoured to be a Microsoft MVP since January 2008 - again this year as an Xbox MVP.
Previous articleXiaomi launches flagships Mi MIX 3 5G and Mi 9 in Barcelona
Next articleSony mobile announces Xperia 1