Win Swimming With Men on DVD

To celebrate the release of Swimming With Men on DVD, we have three copies to give away. 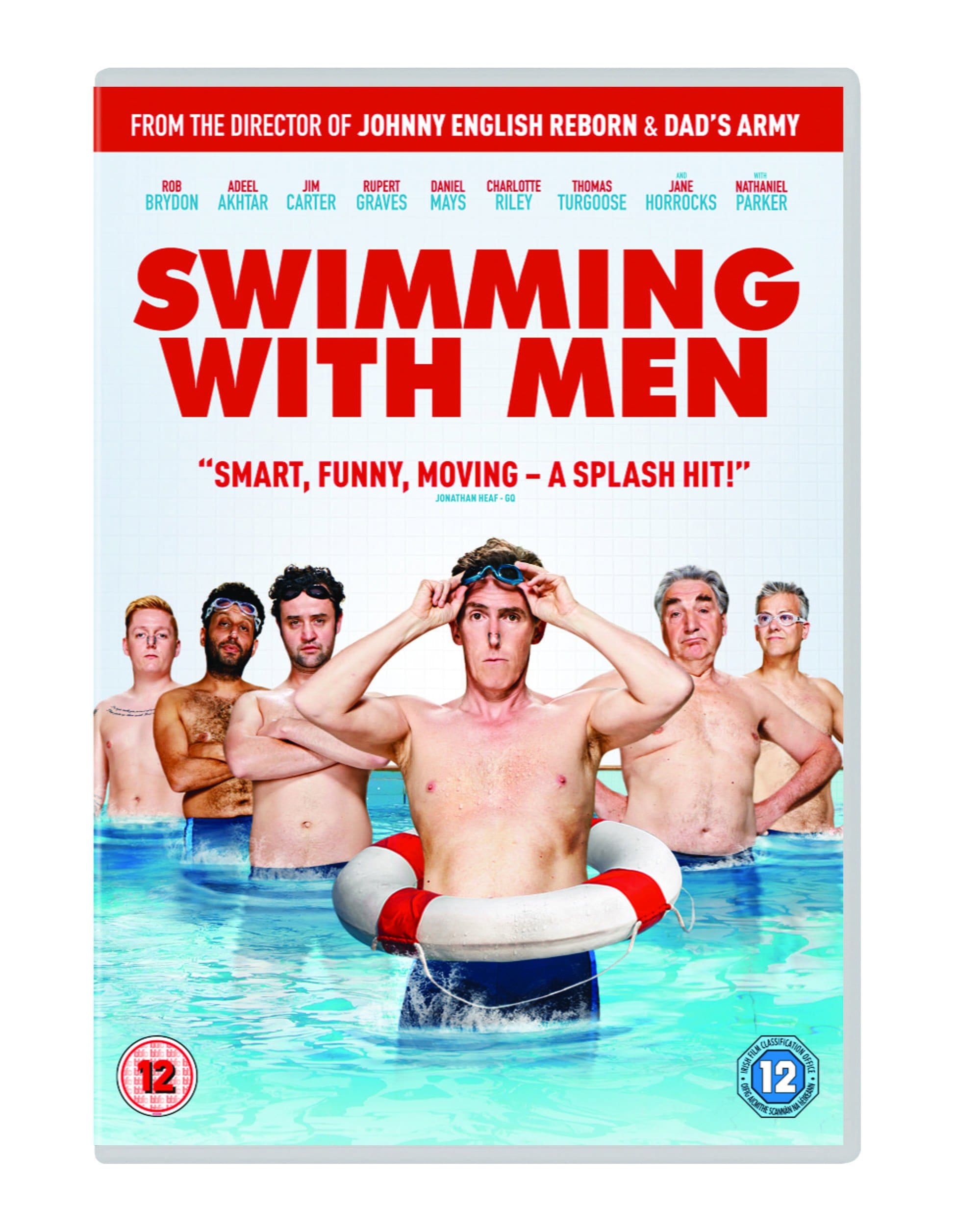 Faced with a full-blown mid-life crisis, accountant Eric (Rob Brydon) joins an all-male group of synchronised swimmers and discovers that making patterns in a pool can, for a couple of hours at least, gives him escapism from the bumps in his work and marriage. The life affirming British comedy Swimming With Men is available to download to own on 26th October, and is released on DVD on 12th November from Vertigo Releasing and Universal Pictures (UK).

Initially keeping their personal lives in the locker, the ramshackle squad including Luke (Rupert Graves), Ted (Jim Carter), Kurt (Adeel Akhtar), Tom (Thomas Turgoose), Colin (Daniel Mays) and coach Susan (Charlotte Riley) slowly begin to reveal their inner lives, as well as their paunches. But can they get their routines, not to mention their lives, in sync as they embark on an unlikely journey to Milan to compete in the World Championship?

Swimming with Men features a stellar ensemble cast including Jane Horrocks and Nathaniel Parker, and is directed by Oliver Parker. Don’t be left high and dry; dip your toe into Swimming With Men this Autumn.

We have three copies of Swimming With Men on DVD to give away.

Win Swimming With Men on DVD

Swimming With Men is available now from Vertigo Releasing and Universal Pictures (UK).

Andrew Edneyhttp://moviesgamesandtech.com
I am the owner and editor of this site. I have been interested in gadgets and tech since I was a little kid. I have also written a number of books on various tech subjects. I also blog for The Huffington Post and for FHM. And I am honoured to be a Microsoft MVP since January 2008 - again this year as an Xbox MVP.
Previous article[email protected] Releases for November 2nd – 5th 2018
Next articleReview: Doctor Who Series 11 Episode 6 – Demons of the Punjab

Ever since the Justice League: Snyder cut...
Read more
Contests

To celebrate the release of Dolittle on DVD and Blu-ray, we are offering you the change to win a copy on DVD.
Read more
Movies & TV

Save the date and prep your cosplay!...
Read more