Marvel’s Avengers S.T.A.T.I.O.N. will open in London at Excel London on 29th November 2018, following a hugely successful run in New York, Seoul, Paris, Singapore, Beijing, Taipei and Las Vegas, where it has set up a permanent exhibition. 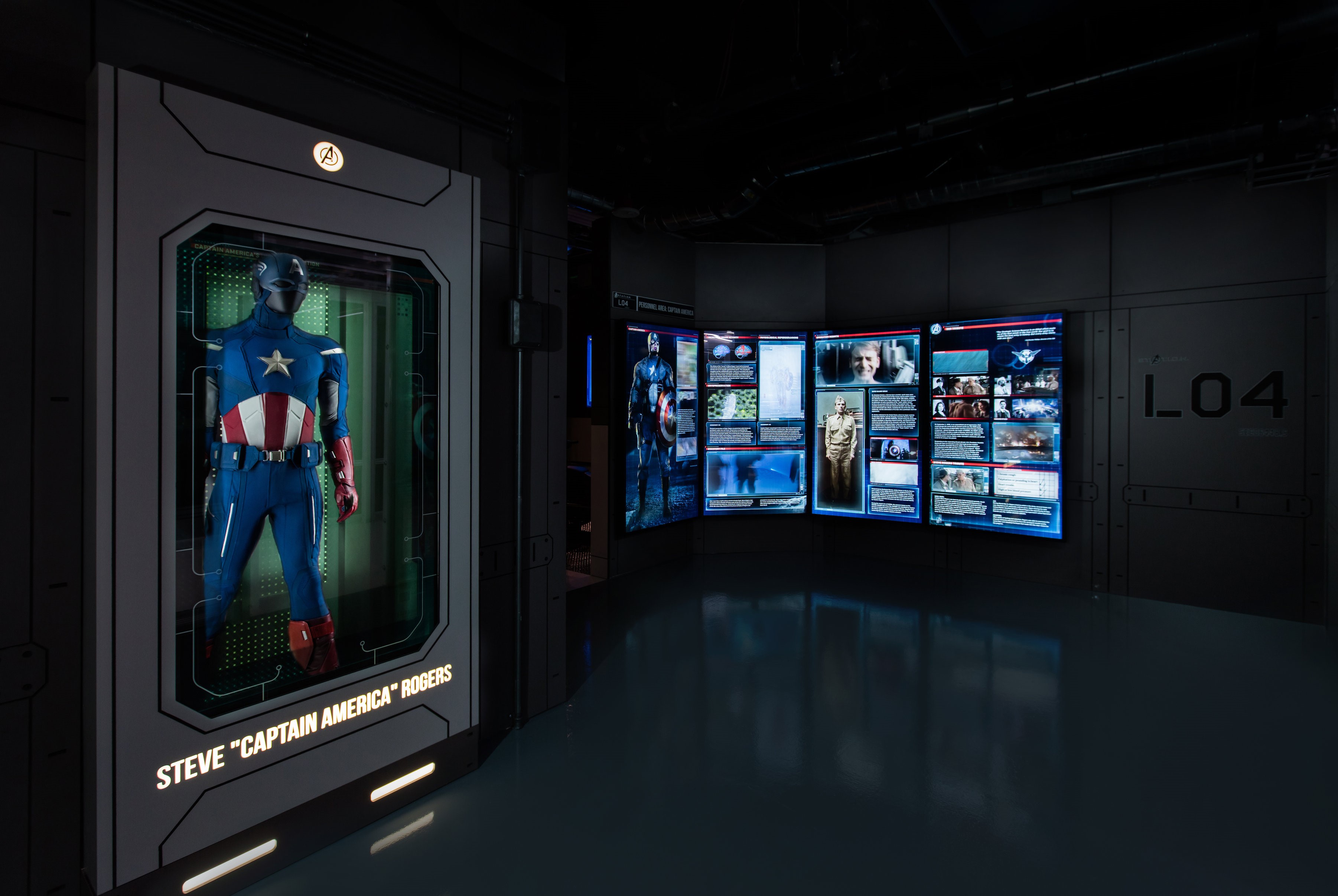 This highly anticipated multi-room experience offers fans of all ages the opportunity to delve into the super-workings and backstory of each member of The Avengers as they train to become an agent of the S.T.A.T.I.O.N.

S.T.A.T.I.O.N. is an acronym for Science Training and Tactical Intelligence Operative Network, where guests will step inside the popular films and become part of the Marvel Cinematic Universe storyline, whether trying to lift Thor’s hammer or taking a sneaky peak at Bruce Banners Lab.

As part of their training, fans will get the opportunity to interact with props and characters straight from the big screen.
Highlights include:

In a world first, and keeping up with the ever-expanding Marvel Cinematic Universe, London’s Marvel’s Avengers Station experience includes never before seen character displays on Black Panther, The Wasp, and Thanos.

The experience has provided a super-powered dose of science and technology by NASA to enhance the authenticity of the experience and pique visitors’ interest in real-world science and technology. With comprehensive educational materials available for teachers, plus supporting materials created by Quantum Victoria, it is a thrilling learning experience for high school kids to follow STEM pathways by amplifying the scientific themes and characters that are core to Marvel’s storytelling.

Marvel’s Avengers S.T.A.T.I.O.N. debuts a huge collection of Avengers movie-based props and interactive technology for a strictly limited time in London’s ExCel between November and March 2019.

There will also be the opportunity to purchase exclusive Marvel’s Avengers S.T.A.T.I.O.N. merchandise available for those with and without a ticket.

Train like an Avenger and become an official S.T.A.T.I.O.N. agent – London Assemble Now!

Tickets on Sale now at www.avengersstation.co.uk

Andrew Edneyhttps://moviesgamesandtech.com
I am the owner and editor of this site. I have been interested in gadgets and tech since I was a little kid. I have also written a number of books on various tech subjects. I also blog for The Huffington Post and for FHM. And I am honoured to be a Microsoft MVP since January 2008 - again this year as an Xbox MVP.
Previous articleA Closer Look at the Spyro the Dragon Incense Burner from Numskull
Next articleA Closer Look at the Toot-Toot Friends Advent Calendar 2018