Destiny 2 is in trouble. This is a fact fans have known since before the first expansion Curse of Osiris and even more following it. Bungie have been desperate to win back the ever decreasing player-base across all platforms leading into the final DLC for the original Expansion Pass ‘Warmind’. For me personally, I had a lot riding on Warmind doing enough to make me return to Destiny 2 on a regular basis and whilst it has some positives I really appreciated, it also highlighted everything that is currently wrong with the game overall.

The Curse of Osiris DLC was yet another side-step in story telling that had a criminally short two hour story campaign and one of the smallest hub worlds in either Destiny game. It was disappointing and a big reason why I put the game down shortly into 2018. For the asking price it had as both stand alone DLC and in the Expansion Pass alone, it was short on gameplay and lacking in content for that price and something I had hoped Warmind would improve on, but sadly it is clear that all the feedback and lessons that Bungie have spoken about in recent weeks had no effect on Warmind’s development and so almost everything I said above about Curse of Osiris still can be said about Warmind.

Warmind reintroduces Rasputin to Destiny, a huge unseen element to the first game but with this DLC, now has a firm presence in the Destiny 2 universe. The campaign will see your guardian receive a distress call coming from the polar region of Mars, an original Destiny planet location. Summoned by a new character in Ana Bray, we learn that following the awakening of the Traveler at the end of the main campaign, a new threat has risen on Mars and was trying to destroy Rasputin, this threat of course was the Hive who had been frozen hundreds of years ago but now awake once more along with….a massive Worm God. Yup, a giant worm is the big bad of this DLC. 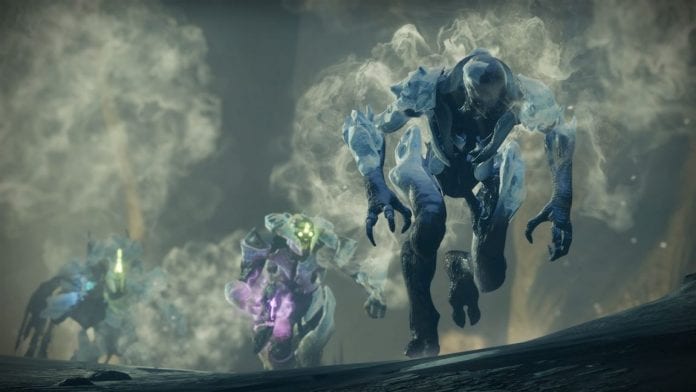 Like Curse of Osiris, Warmind’s campaign will have you hoping about other planets to complete missions which is just as annoying here as it was with Osiris. A Big problem I have with both Expansions is that they reuse enemies and original worlds far too much to really be considered expansion in terms of the story. So not only is the story short but you even spend as much time away from the new world area of Hellas Basin on Mars to do half the campaign. A big complaint which has been there for almost all of Destiny DLC is that they recycle so much instead of bringing in new enemies. I mean yes the Hive are ‘Frozen Hive’ here and will only be found on Mars but it is still the Hive enemy used again.

But I did enjoy the story and very much liked how it reconnects to elements of Destiny 1 story and lore that I found to be enjoyable. I like the new hub world as it is rather large with many secrets to discover and explore unlike Mercury from Curse of Osiris. It made Destiny feel big again with a rich history in the lore that was teased at in the first game being used to drive the story and universe. But it was just over two hours long, which is frustrating in terms of the story although more story is told via the Adventures you can complete post story completion. I just want a meaty campaign story with DLC to enjoy and a couple of hours of story for the price tag is just not good enough.

So what else does Warmind bring to the table once the story missions are completed. Well like Curse of Osiris, this expansion does bring new strikes, Crucible maps, a new Raid and weapons and armour to the game. Level and Power caps have been increased with player level moving to 30 from 25 and the power cap now at 385 from 335. That last part however is a little tricky to reach thanks to the problems I feel Destiny 2 currently has but will come to a bit further on. The new strikes are literally just lifted straight out of the story missions however like the first expansion and reaction to this has not been positive in the community. Bungie have said they have integrated the strikes into the story campaign so that everyone can enjoy them that way but it just makes the story content feel even emptier as a result. In fact the only brand new strike is a PlayStation 4 timed exclusive and after a week of playing Warmind, is a strike I have yet to encounter on PS4.

Heroic Strikes have been made much tougher with new modifiers that can either buff the players or help the enemy be stronger. I love the strikes more than I do the raid activities, always have and whilst making the heroic strikes tougher has indeed made them more of a challenge, it has also made some near enough impossible if playing with randoms. My biggest issue is that whilst the new versions advise a power level of 350 to take them on, the rewards for completing them have so far been less than my current power level making them almost pointless for trying to increase the level of my guardians. Normal content with Warmind will get you to the 345 mark, but to break through that you will need to be completing the weekly Milestones, doing nightfalls and raids daily which is great if you happen to have an active Clan or friends playing this game to get you all through it, but my experience so far has made that a different problem altogether.

For example I am currently in the PlayStation Access Clan, it has 89 members and since Warmind launched a week ago, there have been no more than 6-7 members of the clan online at any one time and none of them are interesting in teaming up to do the new content. Even trying to use the new Guided Game feature to matchmake to do the new raid had me waiting for over 2 hours at the weekend only to fail to find a full team to even try the new raid lair let alone do original raids. Warmind has failed to bring back players so unless you can join a clan of die hard fans who play this daily, reaching that 385 power cap is going to be insanely difficult. In fact in just 7 days since it released, I have already hit the wall of being able to do what I can as a solo player. The new ‘Escalation Protocol’ public event mode found on Mars, which is a horde mode of sorts is tough as nails and it relies really on up to nine players in that area to take down very touch enemies and so far, I have only been able to reach level 3 of 7 levels because player levels are too low to really make this mode viable at the moment.

The new armour sets look very cool, and changes to exotic weapons to make them more viable in the game’s event content is a good thing but at the same time it also adds to the long standing problem I have with the Crucible MP in that they become a dominating weapon in there. The Crucible is less about player skill and more about having the right over powered weapon which is a big reason I stopped playing it on the first Destiny and has now become an issue with Destiny 2’s Crucible. For every step Bungie takes forward to improve Destiny it has the knock on effect of putting it two steps back in terms of the issues it leaves players with. 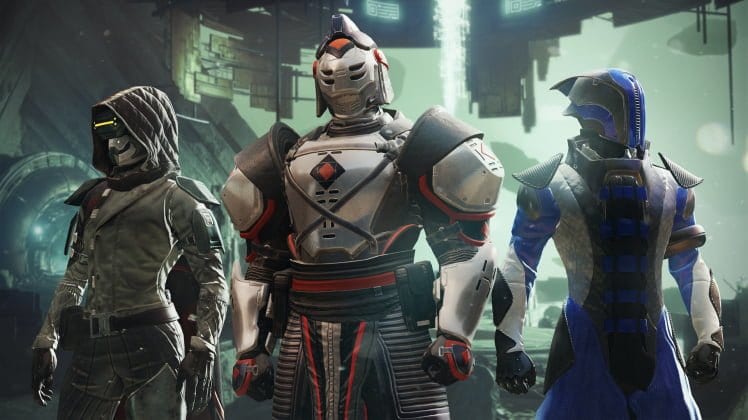 For me it was also clear that Bungie, just as I felt they did with the main Destiny 2 game story campaign, dipped into their old HALO playbook as the first encounter with the Worm God in the story had an interesting Gravemind feel to it along with how the Crucible feels especially now respawns are so much quicker in getting you back into the action. Returning to HALO roots is not a bad thing but it also shows that going forward, Bungie do seem to be struggling to take Destiny forward and this whole ten year plan is clearly struggling right now.

That reality is my main worry about Destiny 2 right now, Bungie really are struggling to keep players interested and playing and Warmind fails to deliver enough to keep any casual player around which has the knock on effect of spoiling the team play content Destiny relies on providing. A short story campaign after complaints regarding Curse of Osiris and the reused story missions as strikes (though Bungie claim the story campaign is built around the strike missions) leaves a sour taste in my mouth. New weapons, armour and power levels are good to keep people playing for maybe a month or so, but competition from other games offering more content is only going to be a greater factor going forward and I am really annoyed that Bungie are switching focus to this big September update just days before Warmind came out. This next big update needed to happen sooner and it needed to happen with Warmind. I suspect that a second Expansion pass for the next year of content might be on the cards unless like the free for everyone Rise of Iron content towards the end of Destiny 1’s lifespan happens in September.

Warmind had to do far more than it actually accomplished and from my experience in the last week, the good it manages to do is vastly overshadowed by its problems and that of the current issues Destiny has as a franchise. Too little for too high a price tag and Destiny 2 is in no better position after Warmind released than it was the day before. Bungie have a lot of work to do to get Destiny back to where they want it to be and where players expect it to be.

This September update has to deliver because Warmind failed to do so and that makes two expansions that have fallen flat with many players. For me, I will keep firing the game up and try to get my Guardians to 385 but if honest, the desire to do so is quickly escaping me and Bungie is simply not doing enough to keep me interested and so far nothing inspires me to purchase another expansion for this game.