Star Wars: The Last Jedi and Sphero Watch With Me

With the release, today of the digital release of Star Wars: The Last Jedi. To coincide with this, Sphero have released a ‘Watch With Me’ app update for their Star Wars Droids. 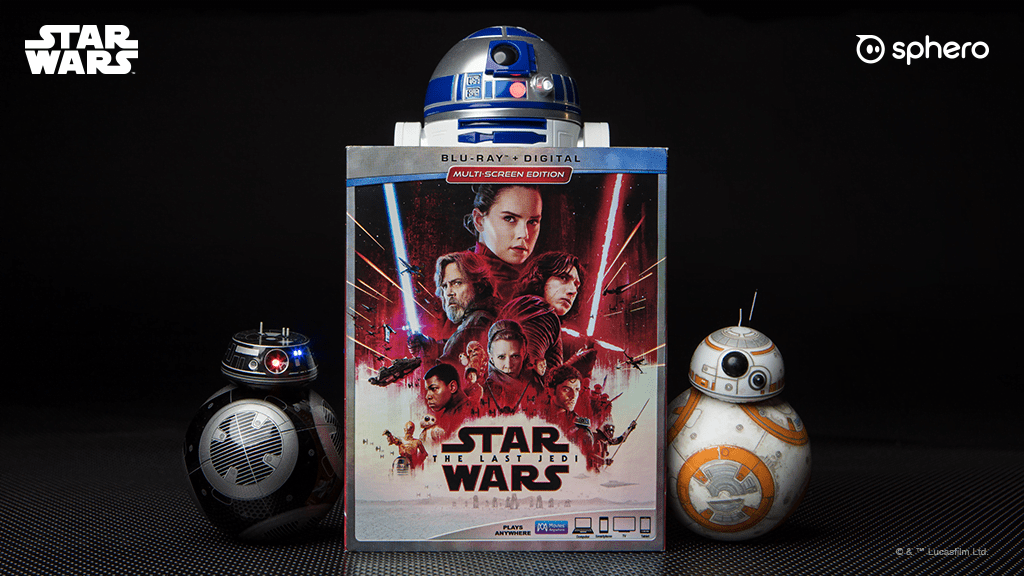 The new ‘Watch With Me’ app update is available now and allows users to watch The Last Jedi and other films from the Star Wars saga with BB-8, BB-9E, R2-D2 and R2-Q5, who visibly react to events in the movie with animations and sounds, as well as each other!

Chris Hare
A True Tech Geek at Heart, I Started my life of being a Tech Geek at the age of 5 with the BBC Micro. Went on through most of Nintendo stuff and now a Xbox and PlayStation fan. I also leaked the information about the leaked Hotmail passwords story from October 2009 that went World Wide. I Started writing tech articles at the beginning of 2011, most of my articles are about Android phones and Xbox One and PlayStation 4 and other gaming news. When Chris has free time its with the family.
Previous articleSam Fisher coming to Ghost Recon – Wildlands tomorrow (10th April)
Next articleLuxury Loudspeaker Brand Estelon launch the XB

Out of the frying pan and into the freezer.

Here is our review of the SwitchBot Curtain.