Review: Life is Strange Before the Storm – Bonus Episode ‘Farewell’

I really adored the first Life is Strange game and it came as a complete surprise to me just how much I connected with that game in different ways not to mention really enjoying the timey whimey powers that main character Max suddenly discovered and the emotional roller-coaster that the story genuinely took me on. The sequel however, Before the Storm, that focused on Chloe in the events that lead up to Max’s return to Arcadia Bay in the first game, failed to have the same effect and whilst experiencing life as Chloe did enhance the overall Life is Strange experience for me, I found the ending to be rather lackluster and disappointing. Now we have the Bonus Episode, which if you purchased the deluxe version of Before the Storm is included and titled ‘Farewell’ looks to add the final experience to complete Life is Strange for fans. But does it deliver enough to make it so?

This is the shortest of any Life is Strange episodes and it does feel like the Epilogue to both games. As a further nice touch it also brings back the original voice actors Ashly Burch & Hannah Telle who resume their roles as Chloe and Max for this episode which adds so much to this bonus episode due to the fact that a different voice actor was used for Chloe in Before the Storm thanks to an union strike in the US. The impact is so instant that throughout playing Farewell I came to feel it was more a bonus episode for the first game than Before the Storm because it made me reconnect with the first versions of Max and Chloe you meet in the original.

Farewell takes us back to when Max and Chloe are just 13 years old so right before any of the events in either Life is Strange game. Chloe has just started at Blackwell Academy and Max is struggling with the fact that her family is about to move to Seattle and has yet to tell Chloe for fear of upsetting her before she goes. Once more we are in control of Max for this episode as she and Chloe are enjoying some time together. The many themes of Life is Strange of player choice, secrets, friendships and relationships and are all used really well in Farewell to transport players and fans of both games right into the moment with these two friends. This is an opportunity to delve into the very reasons that Max and Chloe are such close dear friends by looking at the memories both characters have of their friendship and life in Arcadia Bay. 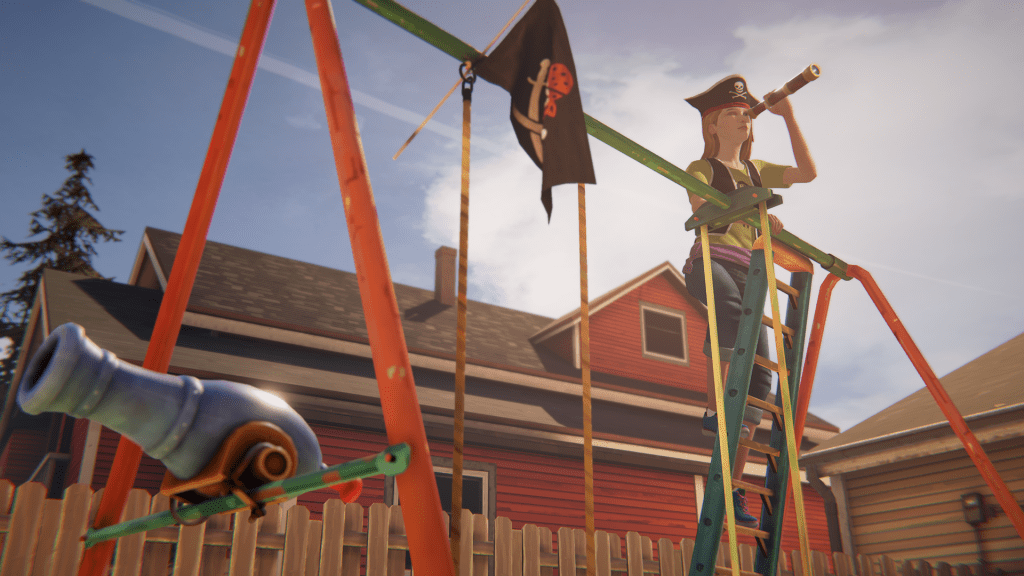 I really loved how the littlest of details are used to trigger nostalgia from both games by hinting and giving little nods to the characteristics both Max and Chloe will show when they are grown up such as Chloe giving Max her father’s instant camera because he is fully aware of Max’s love for it as her photography passion is forming. We also get to see Chloe as a happy daughter with loving parents in a strong family. Everything for both Max and Chloe is relatively happy but as in true Life is Strange fashion there is just a hint of the sadness and misery for both of them, especially Chloe as know what lies ahead in her future all too well. It encapsulates everything that makes Life is Strange such an iconic series in how it dangles emotions in front of the player and is only enhanced if you have played both games.

Player choice is still quite a big factor here as the game will offer Max the opportunity to tell Chloe that she is about to leave Arcadia Bay, and as she wrestles with her conscious on when or if she should even tell her or just to enjoy what could be their last day together does manage to tug at the heart strings enough to make each decision impactful. The choice in music again plays such a vital role as those lingering moments as Max is exploring Chloe’s room as they attempt to do a clear out of Chloe’s stuff leads to Max rediscovering moments from their growing up together with photographs and drawings that give an insight into who these characters are right now in the short time they have left before Max leaves which is also the moment that everything changes for both our heroes. The player is encouraged to take their time in exploring these memories which the music is the perfect background for such a nostalgia trip.

The stand out moment has to be the Goonies style mini adventure the two go on as they relive their Pirate days after Chloe plays a tape they recorded for themselves back when they were 8 reminding them of the buried treasure they left in Chloe’s garden leading them on the adventure to retrieve said treasure. It is just a wonder tender moment for both Max and Chloe and they are just so happy and full of joy as they just forget all their troubles and revert back to just being kids playing together.

Of course no episode of Life is Strange is without some darkness to balance out the happiness our characters are enjoying and the delicate way in which Farewell connects to both full stories in Life is Strange is a difficult one to experience despite knowing full well what is in the future for both Max and Chloe. This bonus episode for me personally does far more in terms of connecting the player to Max and especially to Chloe then Before the Storm managed to do just because the writing relies on the player having played both games in the series. I really do not want to spoil how it ends but I did find myself taking a moment as the credits rolled to just appreciate the series and remembering the first game and just why it was such a special gaming experience. 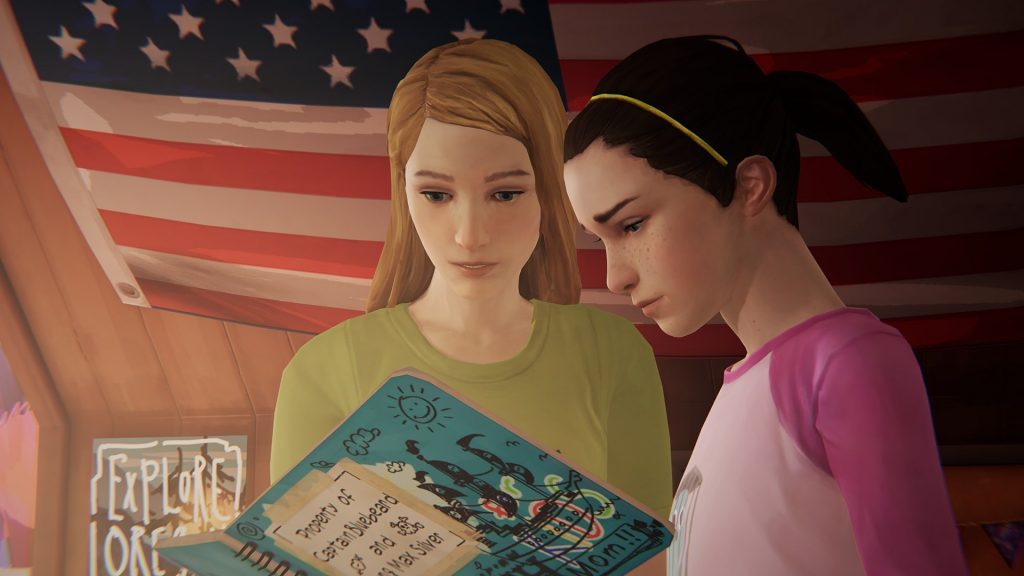 Farewell really does a superb job of serving as the final act of the Life is Strange journey by both celebrating all the factors that made it such a special experience and game for so many fans. Whilst the ending to Before the Storm did not deliver what I was hoping or expecting, this bonus episode certainly did by making me smile, laugh but also get all the feels from the poignant and emotional moments that enhanced both games and how I felt about this series overall.

Life is Strange on paper was a game I should really not have connected with but now years after its first release, Farewell managed to remind me just how much I did connect with Max and Chloe and their lives together as friends and perhaps even more than just friends depending on the choices you made in the first game.

I feel my time with this series is now complete, more so then following Before the Storm’s ending and is a really beautiful way for the series to bow out for fans.