Get ready for Detective Pikachu out 23rd March for the 3DS

It’s time for some serious sleuthing, as the new Detective Pikachu: Get ready to crack the case! trailer for Detective Pikachu shows off new characters and gameplay footage for the upcoming game, which launches on 23rd March. 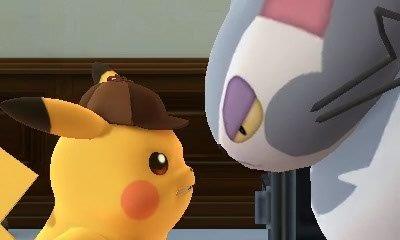 • Trouble in Ryme City!: Ryme City is a place where people and Pokémon live together. But recently, many friendly Pokémon are going on a rampage for no reason. While Detective Pikachu and his friend Tim search for Tim’s father, Harry, they unwittingly stumble into the mysterious case of the rampaging Pokémon. Can they solve the mystery and also find Tim’s father? 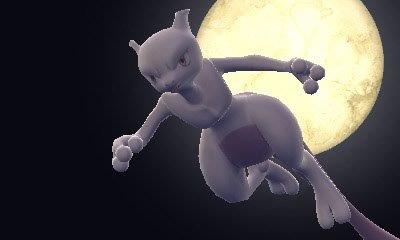 • The Mysterious Mewtwo: While many different Pokémon appear in Detective Pikachu, the one who seems to hold the biggest connection to the overall mystery is Mewtwo. How is Mewtwo connected to everything? And why does Mewtwo know Detective Pikachu?
• A Colourful Cast of Characters: Many charming characters roam the streets of Ryme City. These include Pablo Millan, owner of Detective Pikachu’s favourite café; Frank Holliday, an inspector at the Ryme City Police Department; and Meiko Okamoto, a camera operator for the local TV studio. Meeting and interrogating all of these characters throughout the game is part of the fun.

Fans may know and love Pikachu as one of their favourite Pokémon, but in Detective Pikachu they should be prepared for something a little bit different from the familiar! With his trademark detective’s hat, his gruff but loveable demeanour and his dry sense of humour, Detective Pikachu is a distinctive new character with a personality all his own and a firm resolve to get to the bottom of the mysterious goings-on in Ryme City.

An out-of-the-ordinary character like this naturally deserves an amiibo that’s a little bit different from the norm too, and the Detective Pikachu amiibo figure that’s also launching on 23rd March is noticeable not just for its cute and colourful appearance but for the fact that it’s considerably larger than a regular amiibo This sizeable amiibo can unlock cutscenes if tapped in the Detective Pikachu game, revealing a load of hilarious content that might also provide some useful hints. This same content can be accessed in the game without the amiibo, but tapping the amiibo will allow players to unlock the content more quickly.

Chris Hare
A True Tech Geek at Heart, I Started my life of being a Tech Geek at the age of 5 with the BBC Micro. Went on through most of Nintendo stuff and now a Xbox and PlayStation fan. I also leaked the information about the leaked Hotmail passwords story from October 2009 that went World Wide. I Started writing tech articles at the beginning of 2011, most of my articles are about Android phones and Xbox One and PlayStation 4 and other gaming news. When Chris has free time its with the family.
Previous articleFirst details on EA Play for this June at The Hollywood Palladium
Next articleCall of Duty: WWII The Resistance DLC coming to Xbox One and PC on 1st March