Review: The Evil Within 2

The original The Evil Within was highly anticipated due to its connection with revered Resident Evil series creator, Shinji Mikami. The hype for the title was well deserved though, given how it mostly managed to successfully recreate what made the early Resident Evil titles so nerve-racking to play. It’s no wonder that Bethesda not only decided to publish a sequel, but it also managed to launch it within the same year that it was announced. But is it worth going back to face more horrors?

Perhaps one of the biggest battles that The Evil Within 2 faces is not the one returning main character Sebastian Castellanos is fighting to finally reunite with the daughter he thought had perished in a fire, but the fact that it no longer manages to feel as mysterious as the first title. Even the characters regularly comment on the previous Matrix like world used by the STEM system that Sebastian and his companions found themselves in after being ambushed by the sinister Mobius organisation. With the knowledge that everything takes place inside a new virtual world called Union, it becomes less interesting to try to work out just what is going on.

Not that it stops The Evil Within 2 from being able to terrify those that are brave enough to play it. The initial couple of hours sees Sebastian getting reacquainted with the nightmarish world that he first unknowingly entered in the original The Evil Within. Even his prior knowledge of what can be done in a place such as this can’t prepare the ex-detective for the disturbing sights that a psychopath he encounters right from the start has in store for him. It’s this initial game of cat and mouse that makes for an explosive intro as Sebastian is at his most vulnerable. In a way it’s reminiscent of the time playing Alien: Isolation as Sebastian too finds himself at the mercy of a powerful foe that seems like an almighty invincible being. 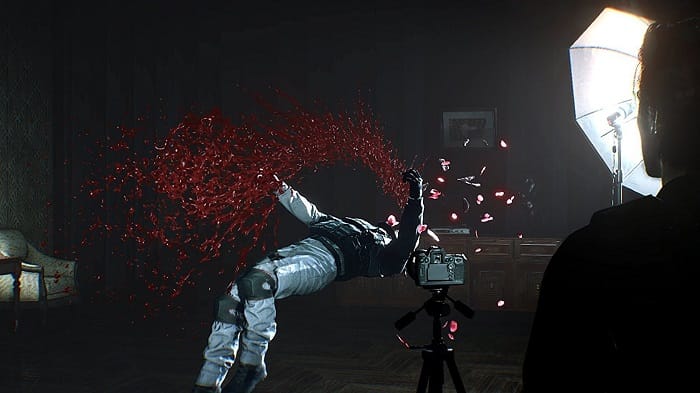 Most of the scares in the first title worked so well because Sebastian was often isolated from other allies and the same applies here. A chase in a derelict indoors zone might feel like déjà vu for fans of the first title, since Sebastian runs away from a deranged being with the heads of many long haired women, but it still works like a treat when it comes to making players feel terrified – it’s clear that the development team has a soft spot for Japanese horror films.

The first couple of hours could only be described as perverse and it’s remarkable to imagine that people had to research some of the sights Sebastian comes across – from people being stuck in a loop in the very moment they were killed to creatures that wouldn’t look out of place in a Hellraiser film.

Then the titles starts to move into open area territory in the way of a couple of hubs like the town and safe rooms. Those terrifying moments that make the intro so compelling to play are soon a rare occurrence. In this new entry, Sebastian has a communicator device that lets him find key locations of story objectives and optional side quests by replaying speeches and showing movements of other characters known as echoes. This results in Sebastian occasionally going back and forth between already visited locations. The issue is that in doing so, it loses some of the momentum that comes from only playing a horror game in a more linear approach.

What saves the later parts of The Evil Within 2 from being free of any real scares are the often disorientating trips into the messed up realities created by characters such as the psychopath who is obsessed with being the center of attention. This individual makes for a striking foe which is somewhat unfortunate given that it makes other key players not seem as interesting as him in comparison. At least the title redeems itself somewhat by introducing some twists that change the way players feel about other key characters.

A substantial amount of time spent playing the game consists of fighting various types of enemies. Whilst the generic enemies eventually feel like a nuisance, there are some creatures that Sebastian faces which definitely leave an impression. Some of the more memorable fights see Sebastian having to fight creatures in unique situations, such as a tunnel filled with gas where he must avoid the attention of a deadly screaming creature without his trusty weapons. 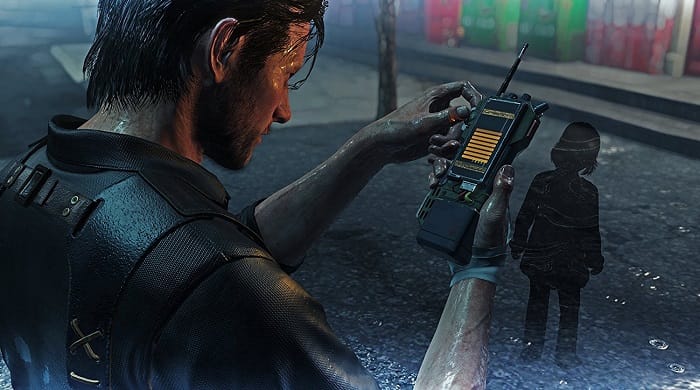 There are a lot of weapons to eventually choose from in the title and Sebastian can not only create more ammo and other items at workshops, but also on the go. Although it takes away some of the dread that came from feeling vulnerable in the first couple of hours, it must be said that the title has a knack for offering players various tools to get creative with kills.

Whilst fun to play, it’s not particularly difficult to quickly find out most of the weaknesses for major bosses encounters and the various underlings that are in the way. The title also caters for a wide variety of players by including all kinds of options, like being able to automatically lock-on to an enemy when aiming.

Sebastian’s personal safe room that was automatically created in the first title, which is used for various features such as upgrading abilities, is back and even the nurse makes an appearance. The most unique aspect of the room in this sequel being the addition of a cat that keeps watch over a projector which Sebastian uses to watch slides from his memories and discuss them with returning character Kidman. It’s actually nice to see The Evil Within 2 care about such trivialities seeing as how it adds character to the title.

This being a Bethesda title also sees the addition of very simple dialog trees where Sebastian can probe other characters for information in a manner similar to Fallout and Elder Scrolls titles. Sebastian can even affect the fate of at least one character.

Occasionally, The Evil Within 2 throws in a puzzle or two for good measure, but they don’t feel essential and often end up being more like a distraction from the main action. 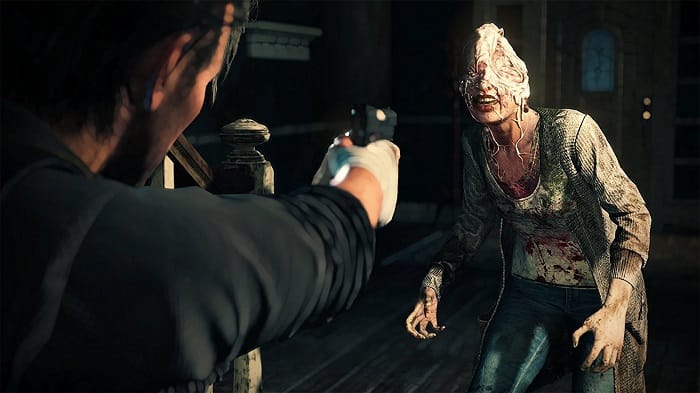 The visual style and setting do a superb job of creating a world filled with horrors and it does work when the title gives players a proper reason to feel scared. But ideas like the return of familiar enemies from the first title only help to accentuate how rare it is to truly feel scared as the story becomes less about what might lie in the dark and more about an all out war between individuals with conflicting goals. Which is a shame considering how what made the original such a terrifying journey was that players were often left feeling as disorientated as Sebastian did during most of the story.

Those that wish to do so can play through the whole story again by making use of various settings that become unlocked upon completion, such as the option to play in letterbox mode.

Overall, The Evil Within 2 is a satisfying experience, with a clear goal that is obviously very important to the main character, but not one that feels as striking or as remarkable as the original.

Diogo Miguel
Previous articleWatch the 4K trailer for LA Noire coming this November
Next articleWolfenstein II: The New Colossus out now for Xbox One/PS4 and PC