Review: Samsung S8 what is the Infinity Display on the S8 like?

Back in March of this year Samsung announced the Samsung Galaxy S8 (Amazon UK under £600) and S8+. They both feature a new curved edge “Infinity Display” which is designed to give maximum screen size, whilst maintaining a small phone size, with a 5.8inch screen on the S8 and a 6.2inch on the S8+. Both smartphones feature a 12 megapixel rear camera with an f/1.7 aperture, and optical image stabilisation (OIS).

The front camera has been updated to an 8 megapixel camera, with a bright f/1.7 aperture.

A second front camera has been added for face recognition which can be used to unlock the phone.

The Samsung Galaxy S8 camera remains very similar to the excellent camera found in the Samsung Galaxy S7, with a 12-megapixel dual pixel sensor, and a f/1.7 aperture on both the front and rear cameras. There have been updates made to the software, with the camera app now featuring “Bixby Vision” built-in – letting you search the internet for similar items to what you’ve taken a photo of.

The Galaxy S8 has the latest SnapDragon 835 processor, 4GB of RAM and 64GB of storage. There is the capability to insert a microSD card into the phone, allowing for much greater storage when you’re taking lots of pictures, although most people probably won’t need it.
The S8 is also dust resistant and water resistant,  it can withstand a half – hour dunking up to 1.5m down. It’s also got protection if you drop it – Corning Gorilla Glass 5 is used on both the screen and the back panel, making it tough.
The 12 megapixel back camera has 1.4um pixels, which are quite large for a smartphone, and allow the sensor to gather more light, and the camera also has optical image stabilisation. Touch focus can be used and 4K video can be recorded whilst simultaneously capturing 9-megapixel images. With incredibly fast autofocus, thanks to every pixel on the dual pixel sensor being used for phase detection. This means that the autofocus of the phone is blisteringly fast, capturing sudden movements.
There is a built-in LED flash on the rear, and the front screen can be used as a selfie flash when using the front camera, in low-light conditions.
Shooting modes include Auto, pro, panorama, selective focus, slow-motion, hyper lapse, food and virtual shot.

The front “selfie” camera has been updated to an 8-megapixel camera, with a bright f/1.7 aperture, and auto-focus. Next to this, you can see an additional front camera, which is used for face recognition which can be used to unlock the phone. You can also use Iris recognition to unlock the phone or the fingerprint sensor on the back. There are additional sensors on the front as well (on the left). The front camera features Auto HDR and can record video up to QHD resolution (2560×1440), and FullHD with HDR.
As with all smart devices these days, it’s simple to share your images via Wi-Fi or on social media through the various apps available.

There is no longer a dedicated home button, instead, the button is on the screen. On the left-hand side are volume buttons, and a new “Bixby” button, and on the right-hand side is the power button.

The Samsung Galaxy S8 looks rather nice, and photos don’t particularly do it justice, as often it just looks like a flat black soap like object. However, the curved front and back of the smartphone, as well as the large screen with thin edges, makes the smartphone almost feel like all you’re holding is a screen. One issue with the design of the S8 is the position of the fingerprint sensor, which is likely to cause you to put your finger over the camera lens, causing smudges, and lowering image quality. You can avoid this, however, by using one of the other methods for unlocking the phone (pin/pattern or iris scanner).

There are a number of shooting modes available including Auto, Pro, Panorama, Selective Focus, Slow motion, Hyperlapse, Food, and Virtual shot. You can even download additional (free) shooting modes from Samsung, including Animated GIF, Beauty Face, Sports Shot, Dual Camera, and more. To view the modes available you simply slide your finger from the left to right. Sliding your finger from the right to left will bring up the effects available within the camera app. When using the selfie camera, there are a number of built-in effects available.

The camera app is easy to use and it’s quick and easy to find options and change settings. The screen looks good whether used inside or outside, and it has an impressive resolution.

Bixby Vision requires the creation of a Samsung account and can help you find Wine, Text, Images or Shopping products similar to what you’ve pointed the camera at. 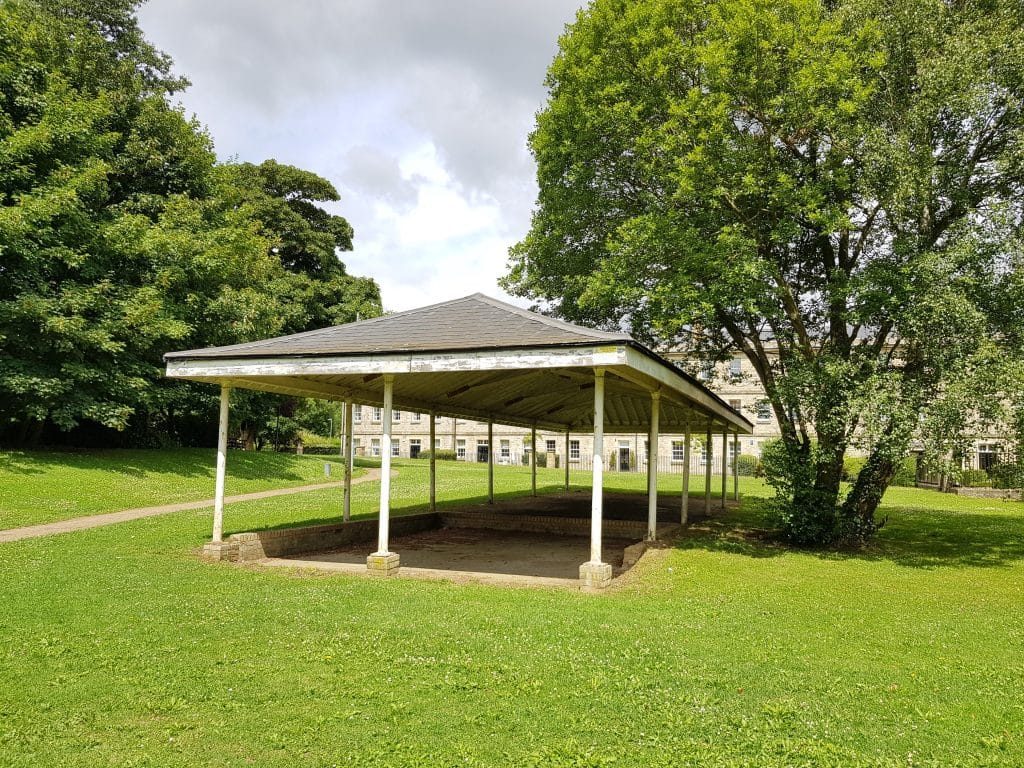 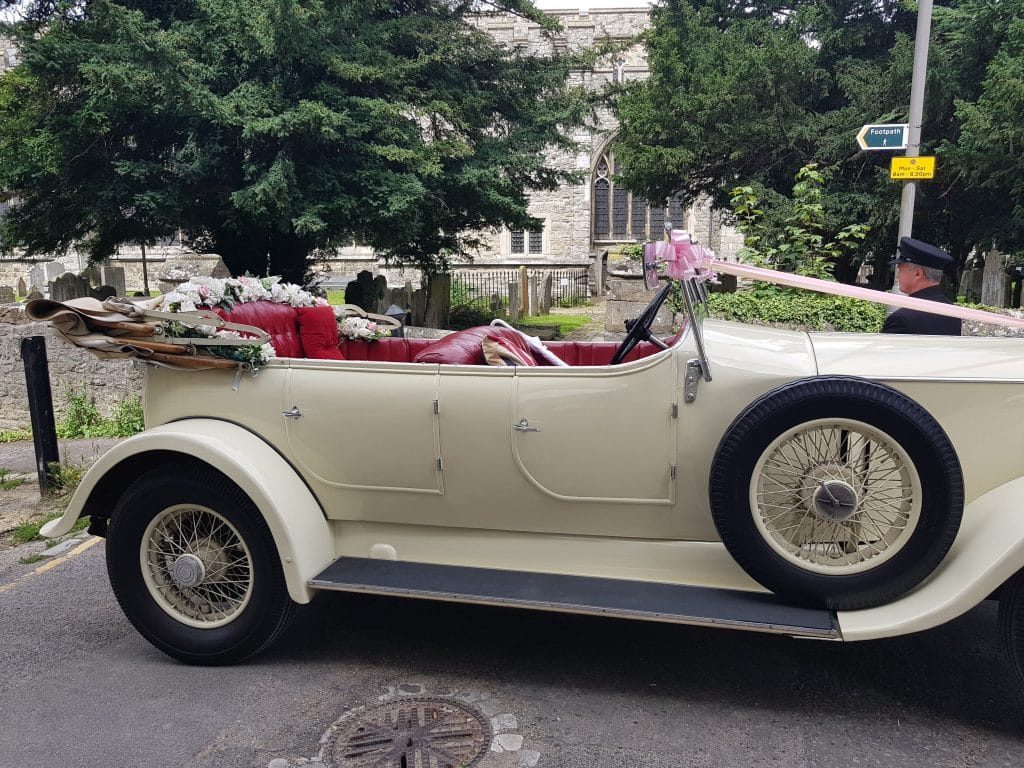 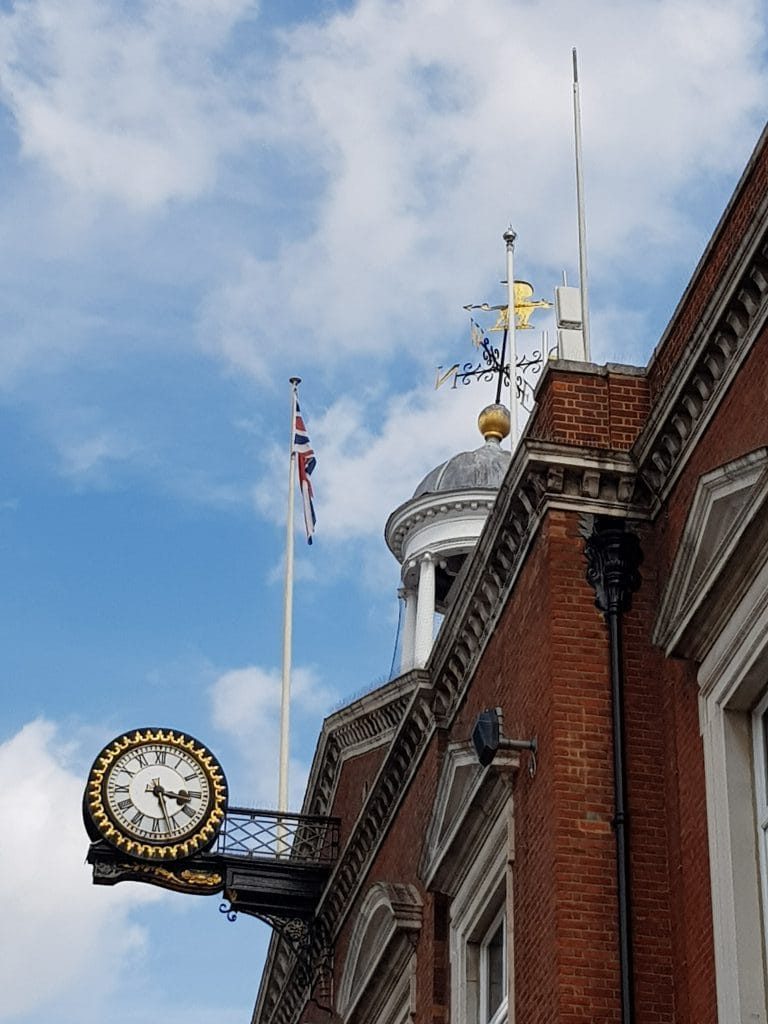 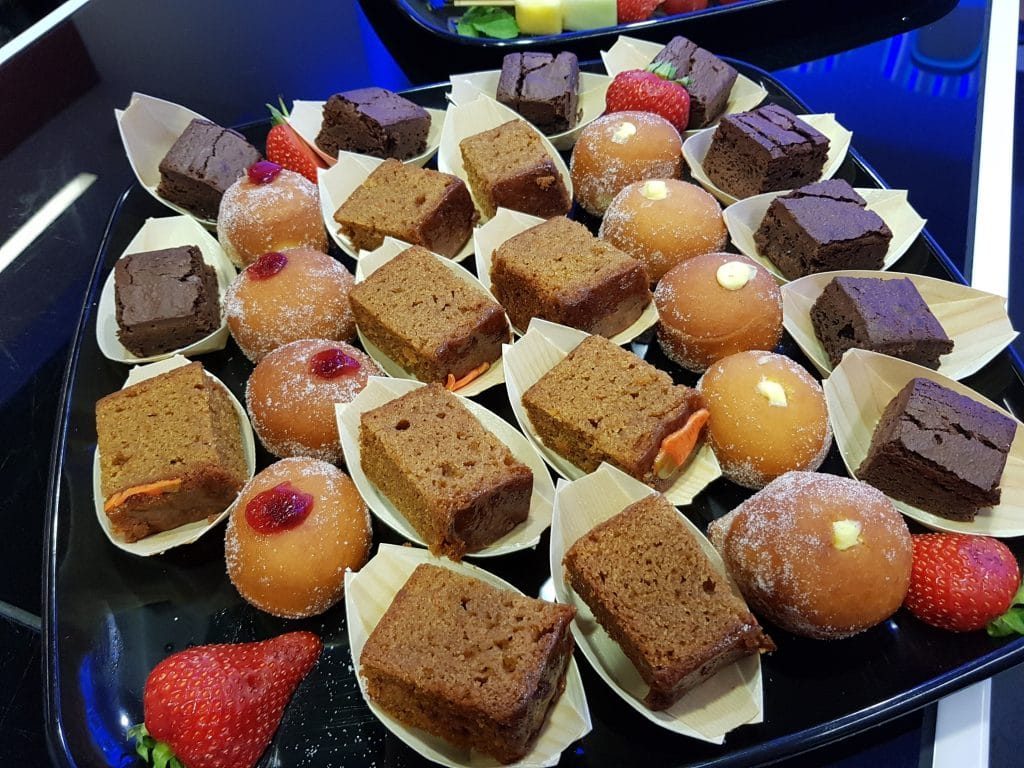 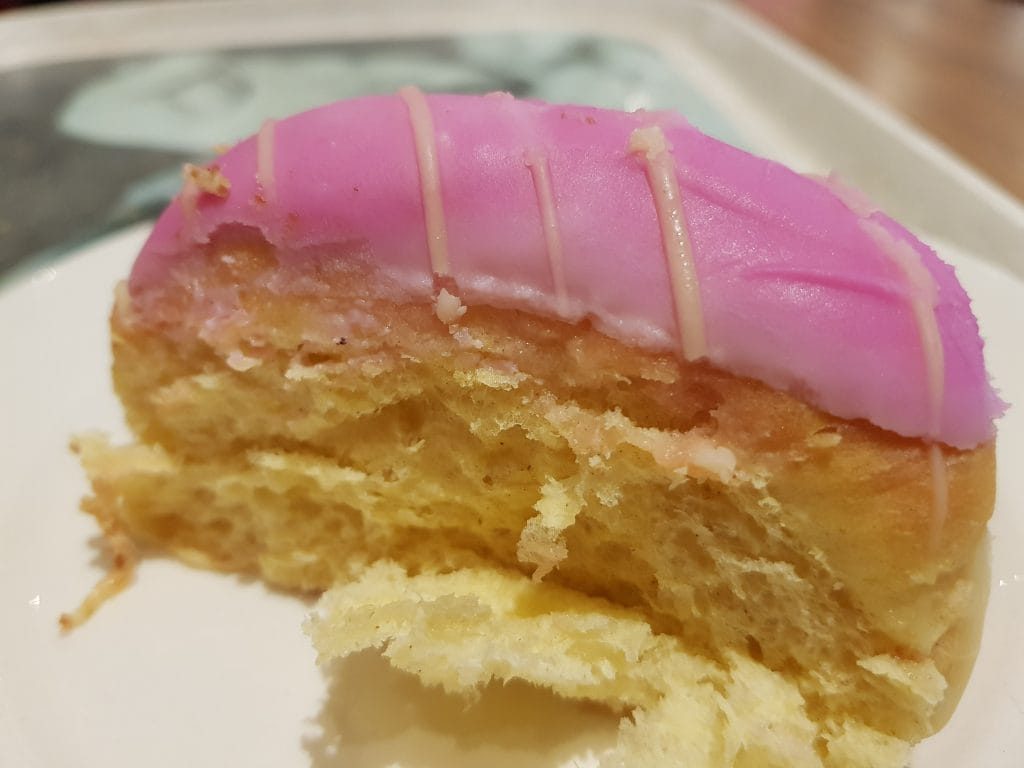 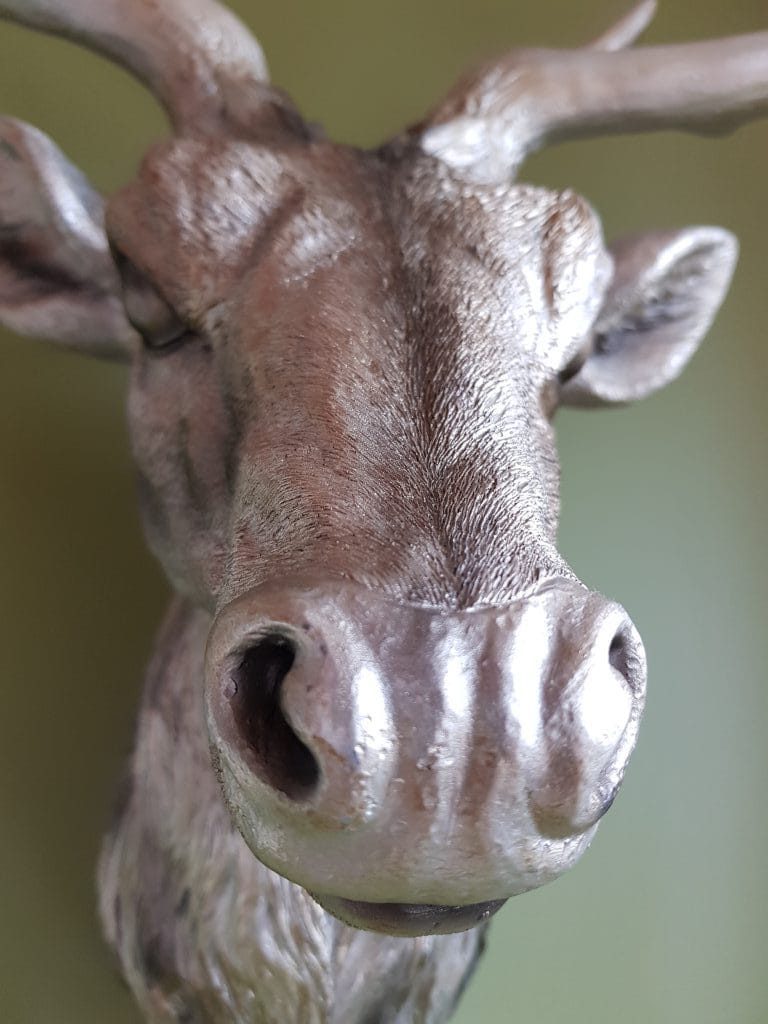 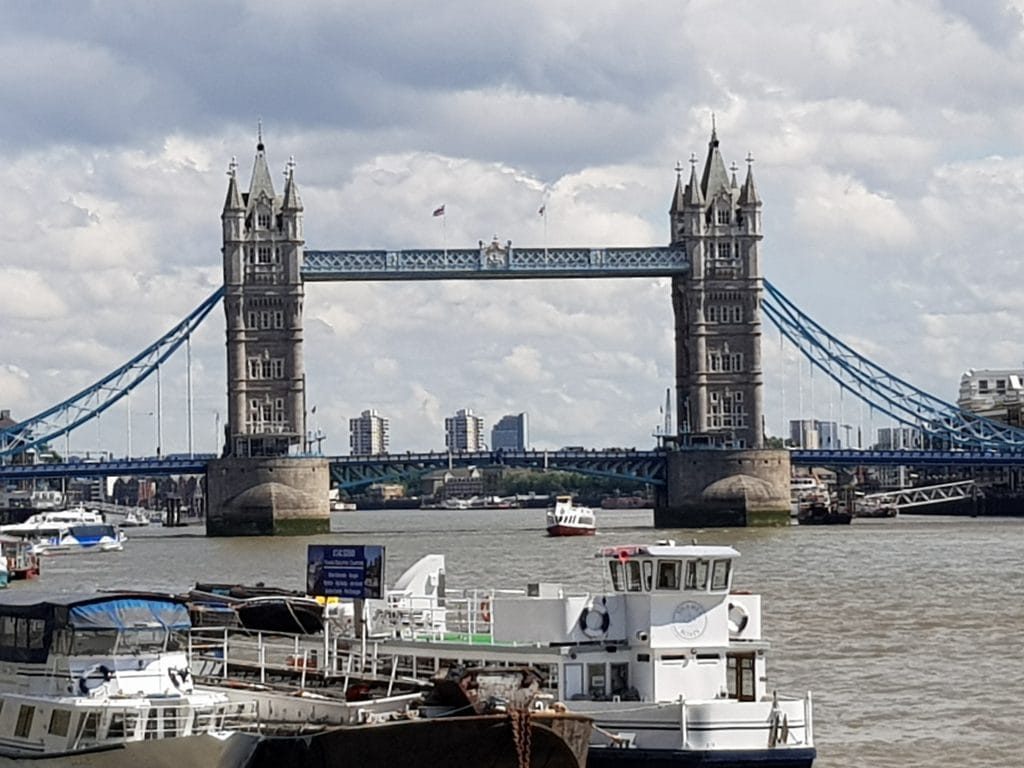 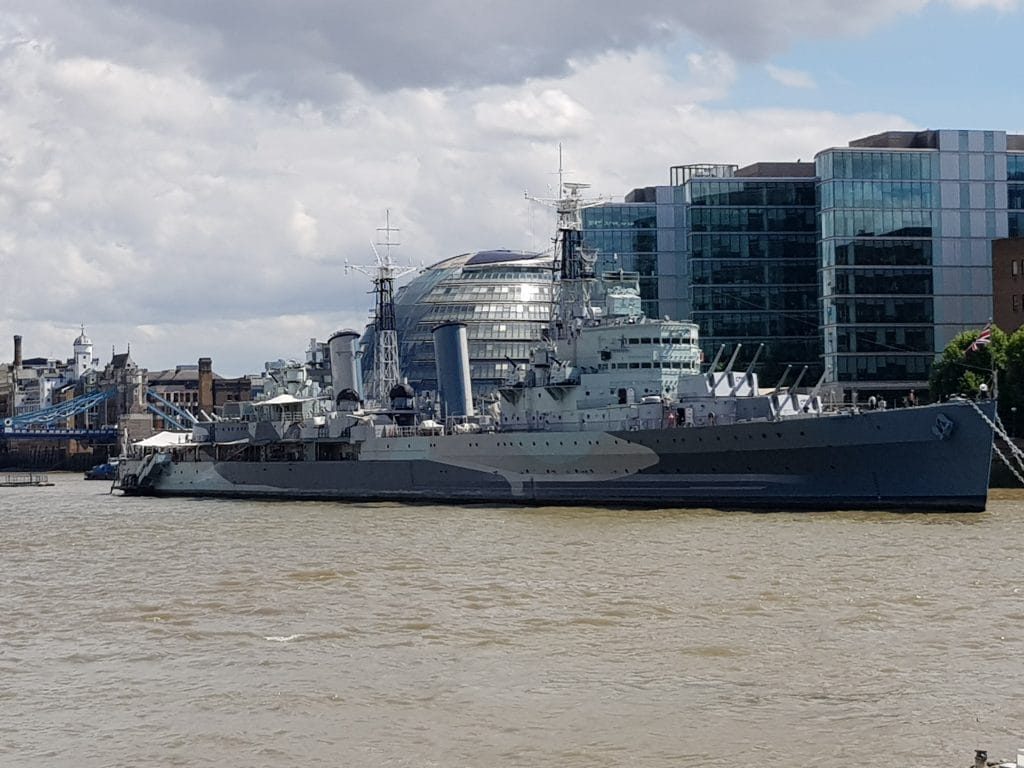 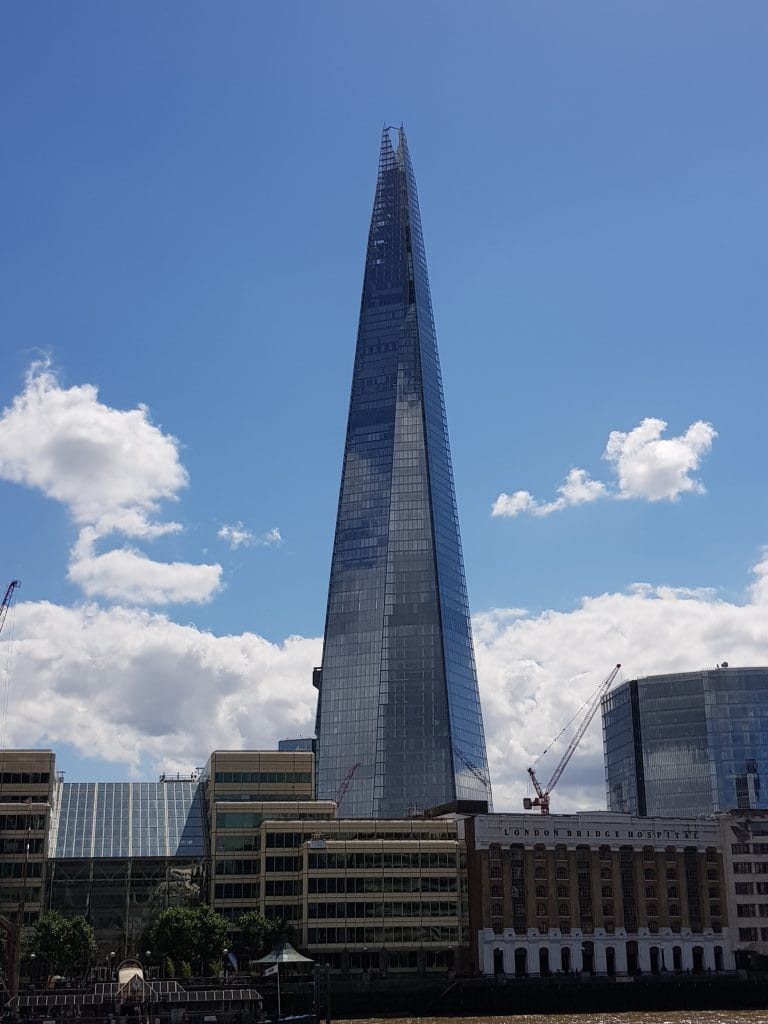 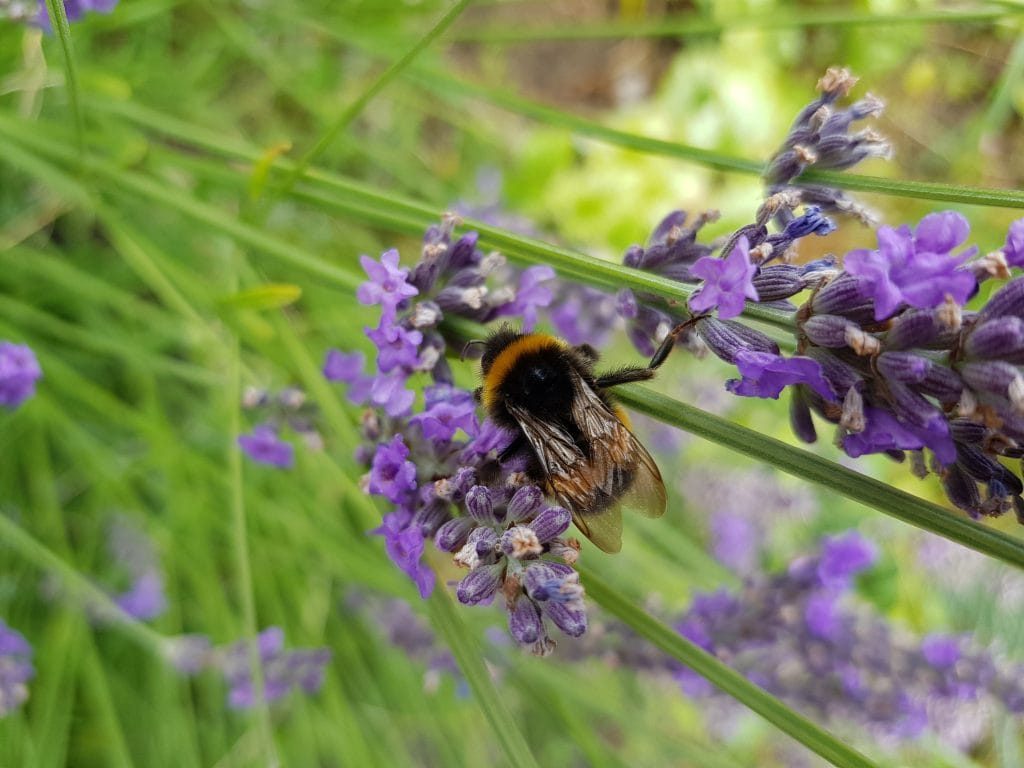 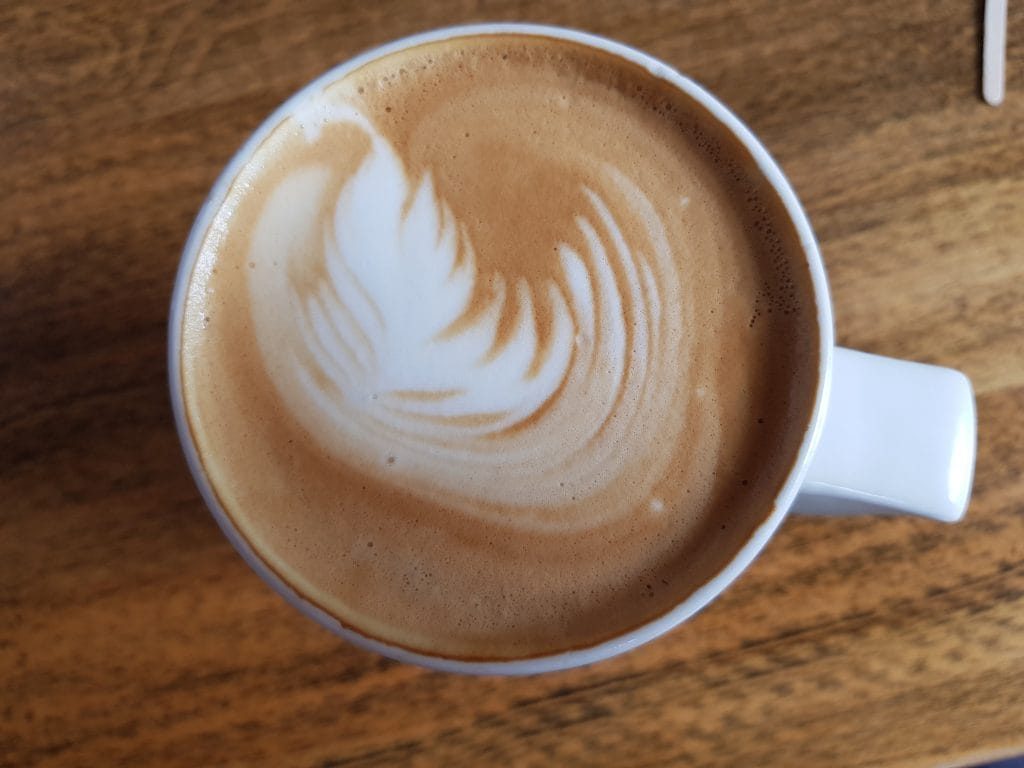 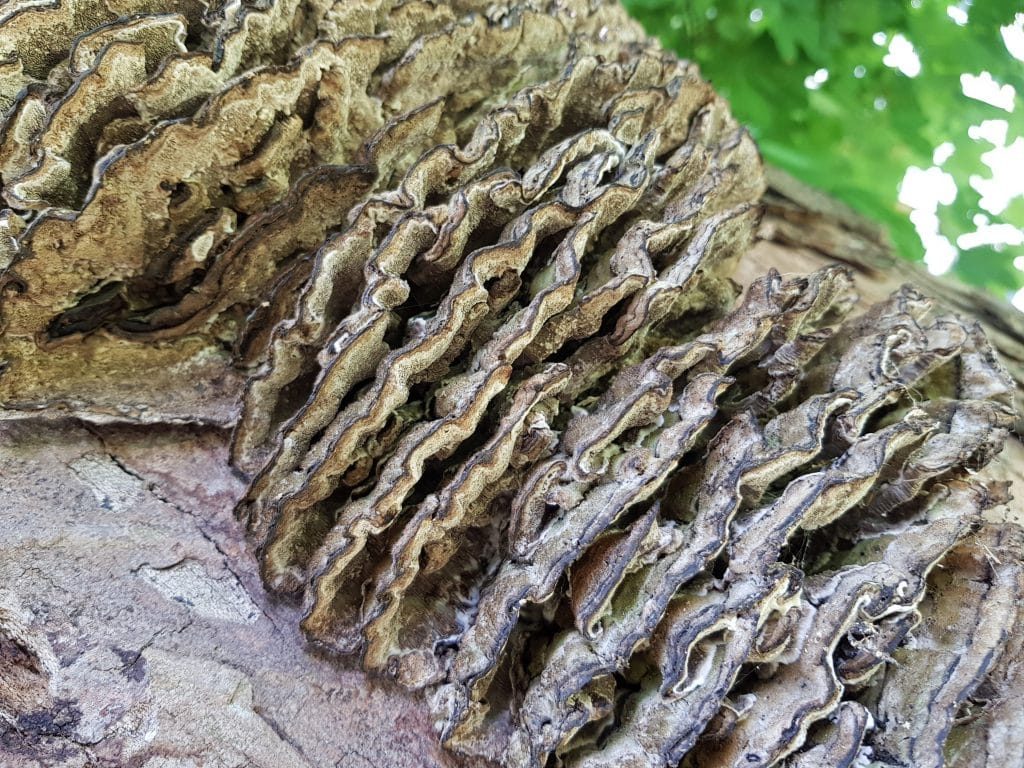 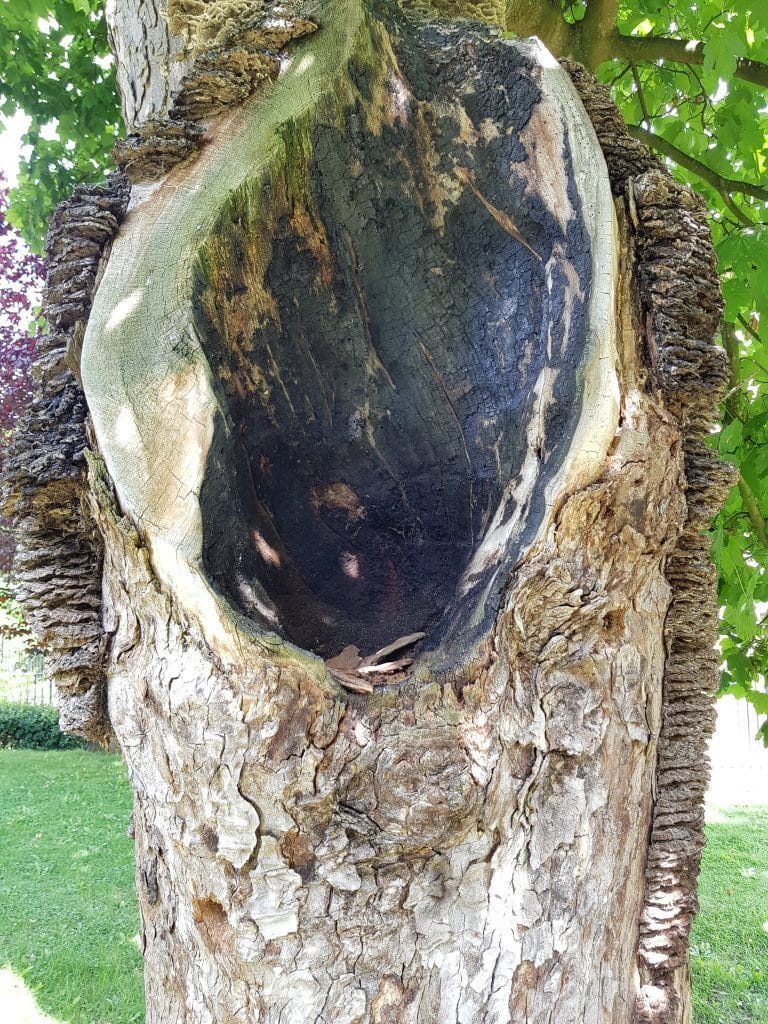 The Samsung Galaxy S8 has a 3000mAh battery, which is not removable. The phone should last at least a day, and the battery life appeared good even though the smartphone has an always on display that shows the time on screen. There are options to optimise battery life with different power saving modes.

It seems strange that changing the screen ratio has made such a huge impact on the enjoyment of a smartphone, but a taller, narrower screen, means you’ve got plenty of space for apps, but you can also reach from one side to the other with one hand, and I’m able to reach the top and bottom of the phone with my thumb. The Samsung Galaxy S8 makes all other phones seem bulky with large frames, like when flatscreen TVs first came out and had huge frames.

The S8 has all of the benefits of the S7, including the same camera, waterproofing, MicroSD card slot, but with exceptional design improvements, increased memory and storage, as well as improved performance. The Samsung Galaxy S7 has one of the best cameras on a smartphone available, and the S8, with effectively the same camera, gives similarly excellent results, with one of the brightest lenses available at an impressive f/1.7. The camera is also capable of taking sharp, detailed images that look great, with colour that pops. With optical image stabilisation, ultra-fast phase-detection focus, and a 12-megapixel sensor, combined with a bright aperture, the S8 performs admirably in low-light.
The camera app gives excellent control, particularly in the Pro mode, where you can change manual settings, and shoot raw images. There are numerous shooting modes and effects, as well as the option to download additional features straight into the camera app. Add in the fact that you can use the camera underwater if the opportunity comes about, and you have an extremely capable camera, and smartphone, at your disposal.
If you want to shoot photos with your smartphone, and want one of the best possible cameras available, as well as a phone that impresses with a large 5.8inch screen, and a stylish design, then the Samsung Galaxy S8 is definitely at the cutting edge. For those that don’t like the recent trend of smartphones growing in size, the Samsung Galaxy S8 offers an impressive screen size, whilst remaining compact thanks to the tall, but narrow display.

One of the best phones I have used today hands down.

Again I like to thank Vodafone UK for the review sample.

Chris Hare
A True Tech Geek at Heart, I Started my life of being a Tech Geek at the age of 5 with the BBC Micro. Went on through most of Nintendo stuff and now a Xbox and PlayStation fan. I also leaked the information about the leaked Hotmail passwords story from October 2009 that went World Wide. I Started writing tech articles at the beginning of 2011, most of my articles are about Android phones and Xbox One and PlayStation 4 and other gaming news. When Chris has free time its with the family.
Previous articleMega Man Legacy Collection 2
Next articleBatman: The Enemy Within Episode One for PS4/Xbox One and PC out now

I'll be the first to admit that my racing skills need some improvement. I spent the first couple laps bouncing off walls and rubbing into the sides of my fellow competitors. In nearly every instance, I came dead last. Then, I began to get into my groove, and started to rack up the wins. Rise: Race The Future shines in its simplicity.

Front Mission was a series that was pretty popular in Japan and did ok in other territories. Left Alive is a third person spin off from the Front Mission series, it's not a series I'm particularly familiar with so I'm hoping Left Alive will give me the encouragement to try it out.
Read more
Gaming

Many of the kids from my generation share the same experiences when it comes to trains.
Read more
Gaming

Introduction Dreadlocks Limited dips into the Cyberpunk realm with an...
Read more