To celebrate the release of Win Vikings Season 4 Volume 2 on DVD and Blu-ray, we have 3 copies to give away on DVD. 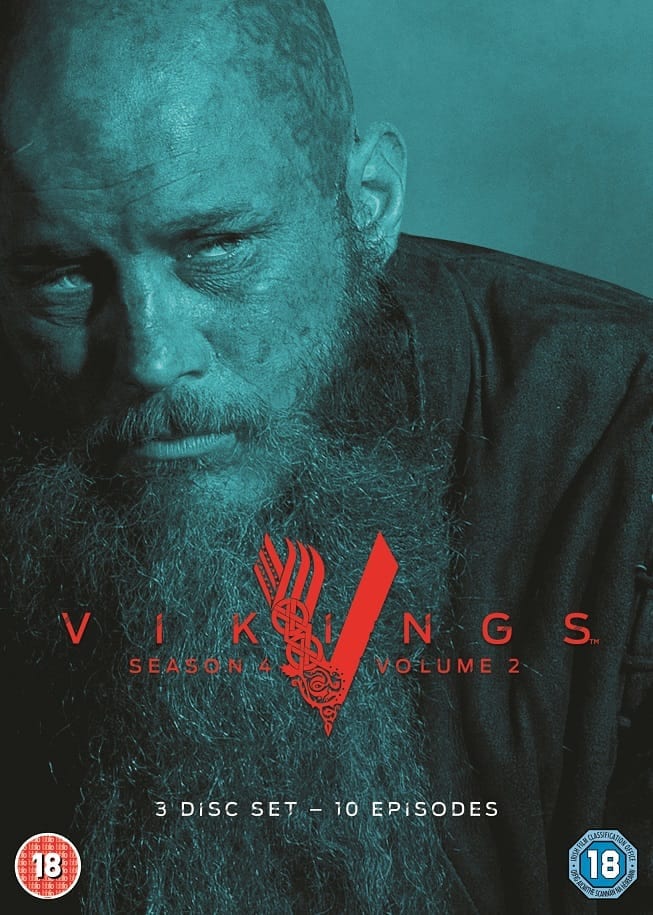 Battles, treachery and power grabs rage on in Vikings Season 4, Volume 2! Ragnar’s return to Kattegat following his shameful defeat in Paris escalates tension among his sons. Determined to save what remains of his legacy, Ragnar recruits Ivar for a perilous voyage to England, where he plans to attack the Saxons. Meanwhile, a prophecy that a woman will one day rule Kattegat deepens Aslaug and Lagertha’s feud.

With its fascinating plot twists, seething emotion and spectacular effects, this breathtaking series continues to conquer. Go behind the scenes on DVD with more action, more lust and more excitement!

VIKINGS is an international Irish/Canadian co-production by World 2000 and Take 5 Productions. HISTORY broadcasts domestically in the U.S. MGM Television brought the series to the network and brings VIKINGS to the global audience, serving as the worldwide distributor outside of Ireland and Canada. VIKINGS is produced in association with Corus Entertainment and the series also airs on HISTORY in Canada.

We have three copies of Vikings Season 4 Volume 2 on DVD to give away.

For your chance to win a copy simply enter below:

Andrew Edneyhttps://moviesgamesandtech.com
I am the owner and editor of this site. I have been interested in gadgets and tech since I was a little kid. I have also written a number of books on various tech subjects. I also blog for The Huffington Post and for FHM. And I am honoured to be a Microsoft MVP since January 2008 - again this year as an Xbox MVP.
Previous articleReview: Serial Cleaner
Next articleFnatic Gear announces Olofmeister mousepad for all eSports fans