In just over two week’s time players globally can play the Destiny 2 console open beta on July 21st at 6pm BST through to 5am BST on July 23rd. The Destiny 2 beta will feature a variety of activities including the opening story mission, Homecoming, and cooperative and competitive modes. 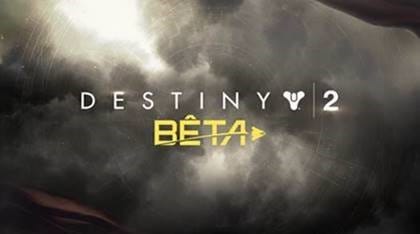 Destiny 2 is the sequel to the internationally acclaimed Destiny, a first-person action game that takes the player on an epic journey to defend humanity from annihilation.  In the story of Destiny 2, the last safe city on Earth has fallen and lay in ruins, occupied by a powerful new enemy Dominus Ghaul and his elite army, the Red Legion.

Every player creates their own character called a ‘Guardian,’ humanity’s chosen protectors.  As a Guardian in Destiny 2, players must master new abilities and weapons to reunite the city’s forces, stand together and fight back to reclaim their home. The game will offer a fresh start to all players with no previous knowledge or background needed.

Chris Hare
A True Tech Geek at Heart, I Started my life of being a Tech Geek at the age of 5 with the BBC Micro. Went on through most of Nintendo stuff and now a Xbox and PlayStation fan. I also leaked the information about the leaked Hotmail passwords story from October 2009 that went World Wide. I Started writing tech articles at the beginning of 2011, most of my articles are about Android phones and Xbox One and PlayStation 4 and other gaming news. When Chris has free time its with the family.
Previous articleMacate announces the cyber-security smartphone called Genio
Next articleReview: Micro Machines World Series