To celebrate the release of Extortion on DVD, we have three copies to give away. 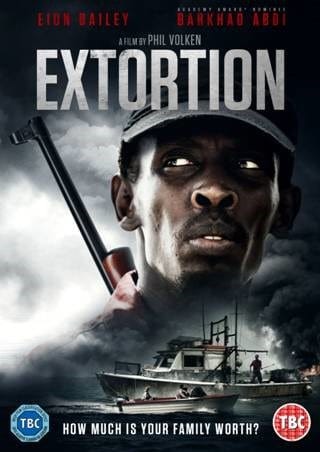 Kevin Riley (Eion Bailey) is a successful doctor who has worked hard to secure his family’s future. When the long hours take a toll on his relationship with his wife, Julie (Bethany Joy Lenz), and son, they decide to take a family holiday to the Caribbean. However this was not the break they pictured, and the holiday takes a dangerous turn when they become deserted on an island several miles from the mainland. When a boat comes along the family’s hopes of rescue are raised, but are quickly dashed when its cold-hearted skipper, fisherman Miguel Kaba (Barkhad Abdi), demands one million dollars in exchange for safe harbour. A tense stand-off ensues between Kevin, who is fighting to protect his family; and Miguel, whose interests lie squarely with getting his pay off – at any cost.

We have three copies of Extortion on DVD to give away.

Andrew Edneyhttps://moviesgamesandtech.com
I am the owner and editor of this site. I have been interested in gadgets and tech since I was a little kid. I have also written a number of books on various tech subjects. I also blog for The Huffington Post and for FHM. And I am honoured to be a Microsoft MVP since January 2008 - again this year as an Xbox MVP.
Previous articleReview : diskAshur 2 USB Drive from iStorage
Next articleXbox announce the official name for Project Scorpio now Xbox One X

WIN! Scooby-Doo! The Sword and the Scoob on DVD

Go back in time to the mythical castled city of Camelot in Scooby-Doo! The Sword and the Scoob arriving on DVD 22nd February and Digital on 23rd February 2021.
Read more
Movies & TV

Today's most knowledgeable video game and movie aficionados are likely already aware that there are dozens of movies out there based on the plots — or in some cases, the lack thereof — of video games that date as far back as the late 1970s.
Read more