Urban Trial Freestyle 2 launches in the US

Today Tate Multimedia are proud to announce that Urban Trial Freestyle 2, the sequel to the best-selling urban themed, stunt bike racer, has launched exclusively on 3DS across the Americas including North America, Canada, Mexico and Brazil. Revving the action up another gear, this jam packed sequel brings a fully functioning, tricked out level creator with online sharing functionality as well as twice as many levels to rampage through and a myriad of new bikes and customization options available to unlock. 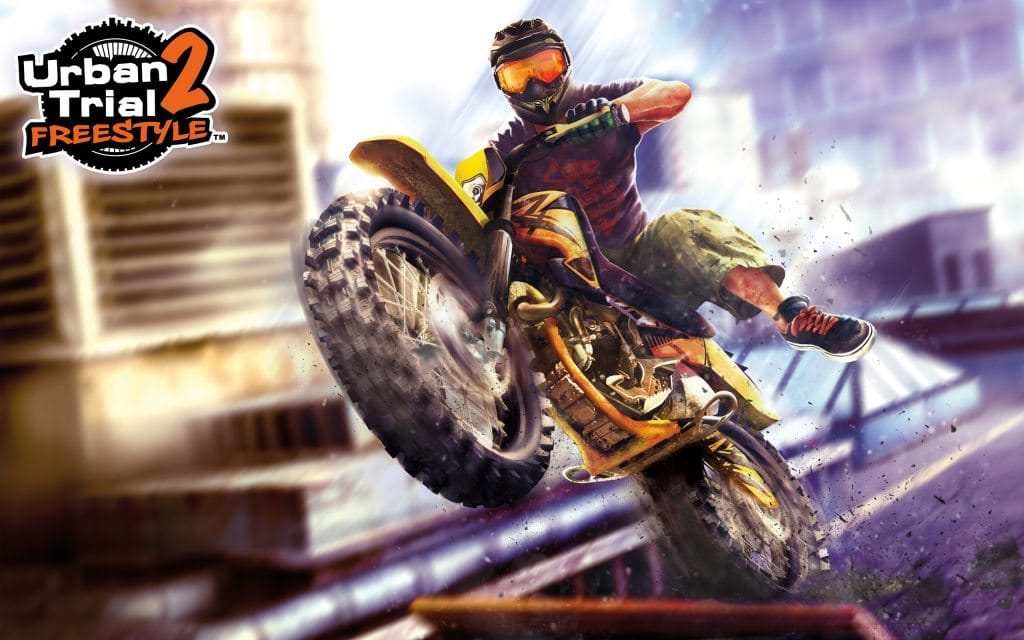 Urban Trial Freestyle 2 brings back all the mad, stunt bike action seen in the original, this time exclusively to Nintendo 3DS, taking full advantage of touch screen technology to create the ultimate track editor that also allows players to share their creations online with friends. Create a race track that, let’s say, is completely made of hot dogs, send it to your friend to see if they can beat your times and wait eagerly for their mind to be blown.

This full to bursting sequel follows on from the release of the original Urban Trial Freestyle which launched back in 2013 on Playstation Vita (as the #1 title in the US and Europe), Playstation 3 and 3DS in Japan (#3 downloaded title on the eShop). Cumulatively this saw over 1 million sales worldwide cementing its place as a smash hit success. Both games have been made by Tate Multimedia one of the leading independent developers and publishers in Poland. Their work to date, including the huge sales success of the original Urban Trial Freestyle, has earned them the “Forbes Diamond” award, a prize granted to the fastest developing Polish companies. They have also received a subsidy of almost half a million euros by the GameINN programme which aims to increase the competitiveness of the videogame producer sector in Poland. Of the 38 companies who benefited from this grant Tate came 11th alongside CD Projekt and CI Games.

Andrew Edneyhttp://moviesgamesandtech.com
I am the owner and editor of this site. I have been interested in gadgets and tech since I was a little kid. I have also written a number of books on various tech subjects. I also blog for The Huffington Post and for FHM. And I am honoured to be a Microsoft MVP since January 2008 - again this year as an Xbox MVP.
Previous articleiStorage introduce the Most Secure Hard Drives Ever Made
Next articleDragon Ball Xenoverse 2 – DLC Pack 3 announced