The release of Swapdoodle on the Nintendo 3DS late last year was an unusually quiet affair for a major player like Nintendo. Yet it’s not difficult to see why it didn’t attempt to make a big deal out of it.

It only seems like it happened three days ago, but yet it’s been over three years since Nintendo discontinued the original Nintendo 3DS Letter Box messaging software. The reason for this potentially being what many could have told Nintendo long before it decided to release Letter Box on the handheld. In this digital age and the ability to remain anonymous or even create a whole different persona online, it’s not hard to see why humans see messaging software as a way to express themselves without any apparent repercussions. With that in mind, it has become the norm that if a messaging application supports the ability of sending photos, then it’s very likely many of these include exposed genitalia.

Perhaps Nintendo was naive to think that this wouldn’t be the case when it released Letter Box with the ability to let players send photos to other players. Although, it’s possible to imagine many nude photos being sent using the software, it also apparently culminated in serious incidents, such as when at least three men used the free software to get underage girls to send them nude photos and even meeting with them. 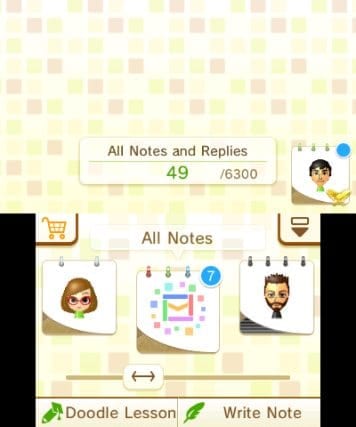 The issue here being that where such incidents could have easily happened on other similar popular applications such, as Snapchat and Twitter, it’s not that appropriate when the hardware is predominantly being used by minors.

Fortunately Nintendo learned from its mistake with the release of Swapdoodle. The concept is more or less the same with players who have traded Friend Codes being able to send each other messages. However, these are now strictly limited to drawings or written messages using the touch screen and a stylus.

However, there are some unusual changes that have made this an inferior experience in terms of functionality when compared to Letter Box. The main issue here being that most of the content is locked behind a store waiting to be purchased. Want to use the very specific sky blue colour pen for drawing or writing a stylish message? Then you’ll have to cough up some money to do so.

Whilst Swapdoodle now provides drawing lessons, these also need to be purchased or there are limited trials for some of them. The difference here being that drawings done in a trial can’t be saved and shared with others.

It’s not just the fact that most of the content is only available by purchasing it from the shop. Given the bare essentials included with the software, it gives the impression that Nintendo wants this to primarily be an application used by players to send messages between each other. It begs the question that it night have made more sense to just include it as part of a software update. More so when taking into consideration how giving players the tools for sending messages between each other is already integrated in the online services for other hardware like the Xbox One and the PlayStation 4. If Nintendo wished to cover any costs involved in creating the drawing lessons, then it would have seemed more natural to do so with a standalone title. After all, it has already done it in the past with software that focused on teaching players to draw. Not to mention that art tutorial videos are freely available from places such as Youtube.

However, a few months post launch and it is clear that Swapdoodle’s vital missing component, that might have made it as popular as Letter Box, is the one that most likely got Nintendo to remove Letter Box in the first place. Checking for new messages on Letter Box during its peak phase would usually result in getting a couple of new messages from other users. This is somewhat the same with Swapdoodle, except that these are now marketing messages from Nintendo or the virtual tutorial companion Nikki. 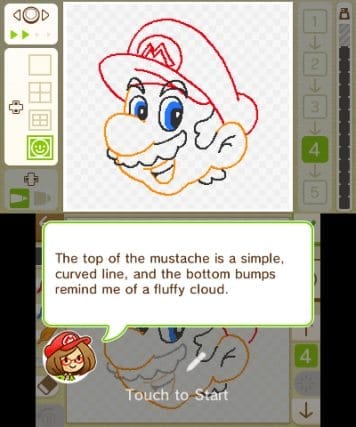 Funnily enough, Nikki somehow managed to survive the Letter Box removal and was even given the same role in this new messaging application. Still, it’s telling that most players have lost interest as soon as the feature that could get Nintendo in trouble was not included in Swap Doodle.

As it stands, it’s difficult to understand why Nintendo released Swapdoodle in the first place. The multiplayer aspect of the Nintendo 3DS isn’t popular enough to warrant the need for a messaging application. The inclusion of drawing lessons and paid ones at that is also confusing, given that better software already exists and it’s extremely easy to find video tutorials online.