Win a killer bundle of Realm of the Damned Goodies

The awesome new UK animated motion comic Realm of the Damned – Tenebris Deos is released on DVD and Blu-ray from 7th April and we have some ace bundles of goodies to giveaway. 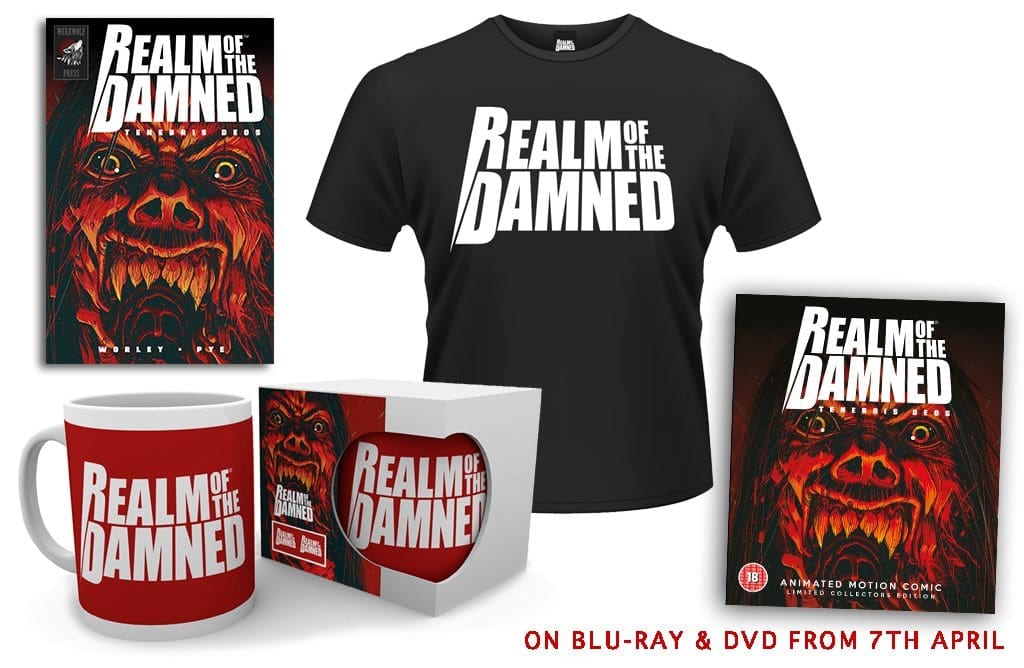 The monsters have won. Our world now belongs to them. Realm of the Damned: Tenebris Deos is a new UK animated motion comic of pure Black Metal horror that unleashes the classic gothic monsters on a modern rampage of redemption and damnation. Raw, fast-paced and bristling with atmosphere, this is a bloody and blasphemous epic that leaves no church unburned.

We have merch bundles including the film, t-shirt, mug and original graphic novel up for grabs!

Win a killer bundle of Realm of the Damned Goodies

Andrew Edneyhttps://moviesgamesandtech.com
I am the owner and editor of this site. I have been interested in gadgets and tech since I was a little kid. I have also written a number of books on various tech subjects. I also blog for The Huffington Post and for FHM. And I am honoured to be a Microsoft MVP since January 2008 - again this year as an Xbox MVP.
Previous articleWin a limited edition Ghost Recon Wildlands headset from Thrustmaster
Next articleStar Wars R2-D2 Oven Gloves from Funko UK

MARVEL have truly managed to make even a trailer...
Christmas 2021

Review: Scalextric Back to the Future Part II DeLorean

With Christmas not that far away, we take a look at the iconic Back to the Future Part 2 DeLorean in Scalextric form.
Movies & TV

James Bond remains one of cinema’s most prized commodities, raking in the money and entertaining the audience. Why doesn’t the world tire of 007?