Telltale’s latest Walking Dead saga stars Javier, a character struggling to help his family survive at what appears to be the outset of the zombie apocalypse. 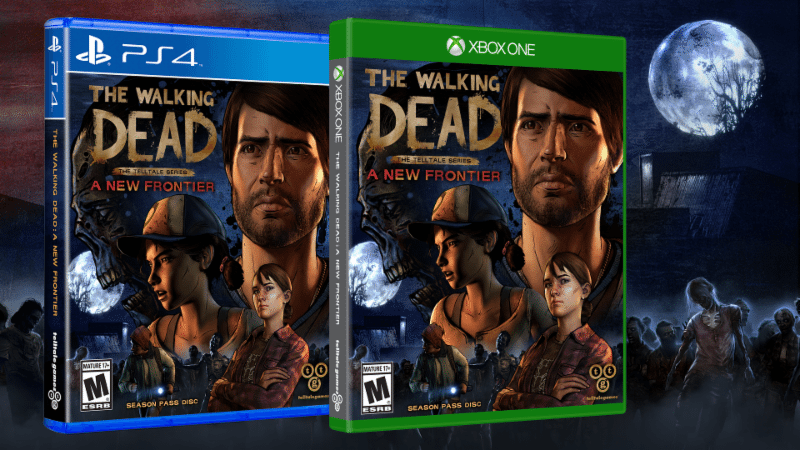 Javier won’t have to go it alone. At the end of the trailer, he meets up with a familiar face from Telltale’s corner of the Walking Dead universe.

The Walking Dead: A New Frontier will be available to download on 20th December.

The first TWO of five episodes in The Walking Dead: The Telltale Series – A New Frontier will premiere digitally worldwide starting Tuesday December 20th on PC from the Telltale Online Store, Steam, and other digital distribution services, on the Xbox Games Store for Xbox One, and on the PlayStation Network for PlayStation 4. The episode will be available the same day for compatible iOS devices via the App Store, and for compatible Android-based devices via Google Play. Release dates for additional platforms will be announced in the near future.

Beginning 14th February, the series will also be available for purchase on a special ‘Season Pass Disc’ for PlayStation 4 and Xbox One consoles, which will include the premiere episode for the third season, as well as access to all subsequent episodes in the five episode season for download as they become available.

Chris Hare
A True Tech Geek at Heart, I Started my life of being a Tech Geek at the age of 5 with the BBC Micro. Went on through most of Nintendo stuff and now a Xbox and PlayStation fan. I also leaked the information about the leaked Hotmail passwords story from October 2009 that went World Wide. I Started writing tech articles at the beginning of 2011, most of my articles are about Android phones and Xbox One and PlayStation 4 and other gaming news. When Chris has free time its with the family.
Previous articleAre you the next Singing star for “We Sing”
Next articleMarvel’s Guardians of the Galaxy: The Telltale Series coming in 2017