Win Kill the King on Blu-ray

To celebrate the DVD and Blu-ray release of Kill the King, we have three copies to give away on Blu-ray. 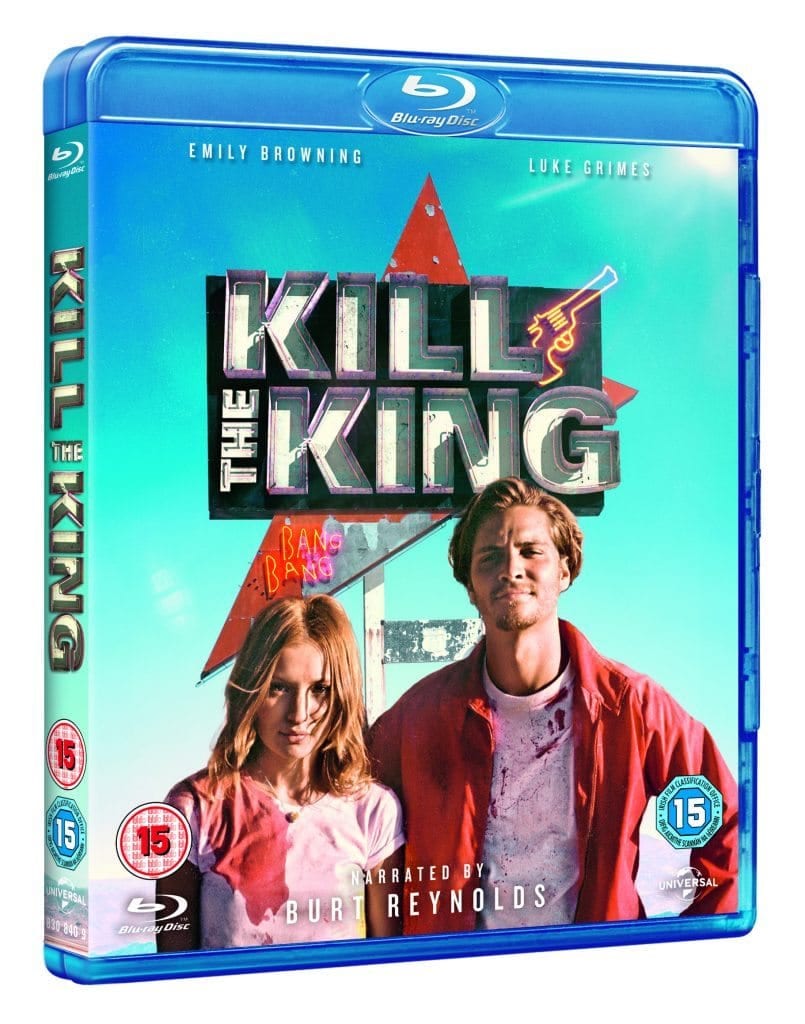 Veteran actor Burt Reynolds lends his voice to narrate a love story like no other; where Emily Browning plays Southern Belle Karen Bird (Sucker Punch, Legend) and Luke Grimes plays Jack Blueblood (Fifty Shades of Grey, Taken 2), a raging ball of fire, who both meet whilst committed to the Second Chances mental facility. The two fall madly in love and embark on a mission, to kill the King of Rock and Roll; Elvis Presley played by Ron Livingston (Boardwalk Empire, Sex and the City) who is in Los Angeles with wife Priscilla Presley played by Ashley Greene (The Twilight Saga, Rogue).

Karen and Jack’s bond is immediate and passionate as they quickly fall in love. Upon Karen being mistreated by the resident doctor, Jack loses all control and kills not only the doctor, but anyone else who gets in their way as they escape the facility to head across the country to fulfill their destinies – to assassinate Elvis.

Along the way, they swing through the North Dakota reservation where Jack grew up, grabbing his only friend Teijo (Avan Jogia), a young man whose one wish is to become a woman, in tow and continue their journey of bloodshed en route to its ultimate climax in the city of dreams, Los Angeles.

We have three copies of Kill the King to giveaway on Blu-ray.

Win Kill the King on Blu-ray

Kill The King is available on Blu-ray, DVD and Digital Download on 14th November, courtesy of UPHE Content Group.

Andrew Edneyhttps://moviesgamesandtech.com
I am the owner and editor of this site. I have been interested in gadgets and tech since I was a little kid. I have also written a number of books on various tech subjects. I also blog for The Huffington Post and for FHM. And I am honoured to be a Microsoft MVP since January 2008 - again this year as an Xbox MVP.
Previous articleMiddle-earth: Shadow of Mordor lands on PS4 Pro today
Next articleWin Desierto on DVD