Every so often a long running video game series decides to hit that reboot button, to take a pause and reflect on what fans are expecting and wanting from the next title in the series. Some may embrace such feedback whilst others will trudge on regardless of what the general consensus is about the series which can turn to negative sales and reactions from media and gamers. EA’s Battlefield series has had a tough few years with a troubled launch for Battlefield 4 and less than well received follow up in Battlefield Hardlines and so rumours started to surface that the series would be returning to its roots, focusing on the past instead of current or future warfare. Battlefield 1 takes the action back to the First World War, but has such a vast change in action and setting refresh the series enough to put it back on top of the FPS genre?

The First and Second World War’s are no strangers to FPS gaming. Back in the day when Medal of Honour was king of shooters it was all based on these two wars, even Call of Duty started featuring the wars of the past. For years now we have seen FPS games focus on modern conflicts and even venture into futuristic battles which alter gameplay that for many has become stagnant. So when EA revealed that the next Battlefield was to focus on the First World War, the reaction was largely positive and welcomed by fans. I really enjoyed the beta during the summer and enjoyed the almost ‘back to basics’ approach to the weapons and vehicles whilst the scope and scale of the battlefield felt by far the biggest yet in the series, and knowing that the beta was just a small taste of the full game I was eager to see what it had in store.

What took me by surprise in the beta and something that hit me immediately in the full game was just how much last year’s Star Wars Battlefront has influenced this game. The presentation is very much inspired by the clean and easy access main menu that Battlefront launched with and definitely allows a much smoother navigation of the modes in Battlefield 1 and it will even suggest modes and game types based on what you have played previously. It is a very slick and quick way to find something to do in the game and was also a success with Battlefront so it is no surprise to see it carried over into the next Battlefield. It also filters into how it feels in the game as well as it is obviously from the moment you appear on the field of battle that again, Battlefront has influenced the gameplay now as controls and movement feels just as it does in Battlefront.

The multiplayer brings in the familiar conquest and team death match modes through quick match and custom game modes. New to the series comes Operations, a mode that takes players to different maps and similar to Walker Assault from Battlefront, has one team acting as defenders and the other team as attackers. There are four Operations to select in the main game, each focusing on a different location and objective based on events from the First World War. The defending team has the task of holding off the attacking forces, which are often equipped with more powerful vehicle options, to stop them from gaining ground and objectives forcing the defenders to retreat and repeat. The attacking team must capture and then clear the enemy out of areas in order to push the fighting on further in the map. I am really impressed with this new gameplay mode, it both elevates all the components that make Battlefield stand out from other shooters such as squad based team work tactics as well as large scale battlefields where the sheer scope of what it is happening across the map can leave a player bewildered in the face of it all.

Each operation begins with an introduction explaining what the battle is for and the history behind the event itself, depending on which team you join, the introduction will also give a perspective from those attacking sides’ soldiers setting the atmosphere for the fighting. Soldier classes return with Assault, Medic, Support and Scout all offering a very different way in which you can play in the operation. Levelling up in player ranking opens up new weapons options to select later on. The different classes translate into challenging and interesting styles of play in the battle whether you elect to join or form your own squad or to try and lone wolf the match. Attacking or defending an objective is a powerful gameplay mechanic and I have to say I have not experienced such gameplay in a shooter for some years.

The visuals of the combat blend in with amazing sounds to create a scale to the fighting that can only be found in a Battlefield game. The playing maps are so huge that you tend to carve out your own little playing area and this is replicated all over the map so in the middle of one massive battle you will have different skirmishes all going on such as vehicle combat in tanks, fighting for air superiority in planes or down and dirty in on the ground. I found focusing on sticking with my squad or picking one objective to focus defending or attacking worked best for me but when storming an objective and having tanks rolling by or planes soaring overhead you can be forgiven for stopping for a few moments just to take it all in. Whilst you can feel lost in the overall battle at times with so much going on, you always keep the feeling that you are a part of it, however small that part may be. With 40 and 64 players in the fight at any time, this is grand scale FPS action at its finest, and it is a welcome return to the Battlefield series. 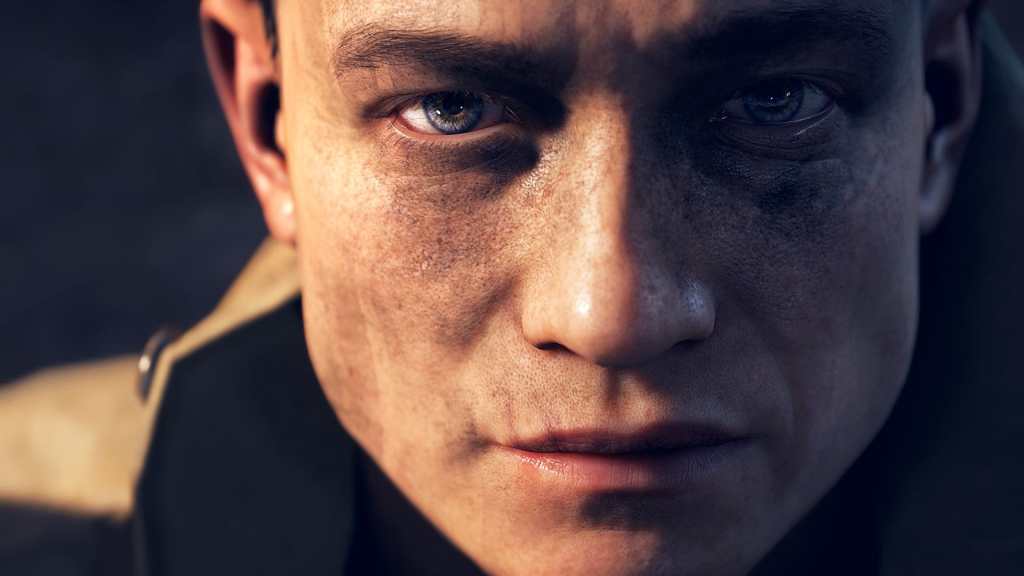 Due to the setting being the First World War, I had concerns about how it was going to be used to provide a single player campaign. It has been a long time since an FPS was set in a real world conflict especially the First World War at this time of remembrance across the world. For the campaign, Battlefield 1 has introduced a six part campaign called War Stories. Each War Story tells a different story from a different perspective of events in the First World War from the various sides and armies that took part in the war. From telling a story of a British solider who becomes part of one of the first Tank units ever used in war on his very first time out and his experiences of fighting to push forward, to follow orders given but with no communication means once the missions has begun and all the issues the fighting brings is both inspiring and at the same time humbling. You learn that before the war he was simply a Chauffeur who drove nice cars and had a simply life but is now thrust into fighting in a tank, taking on German soldiers, and battling to survive.

Each war story is a sobering experience, taking each aspect of the First World War and giving a real heartfelt viewpoint of it from each of the soldiers you take the role of. They do not glorify the fighting or the war, and give a very dark but truthful account of what it must have been like to be a part of that war, no matter which side you were on or orders given that had to be followed. Experiencing the weapons and vehicles as they were then is a sharp contrast to modern conflict and each story does make you take a moment as a player during and after each chapter, to just pause and reflect on what that War was for and about for those fighting in it. It is a very powerful and thought provoking campaign to play and experience and it is satisfying and at the same time honest of the events of that war. 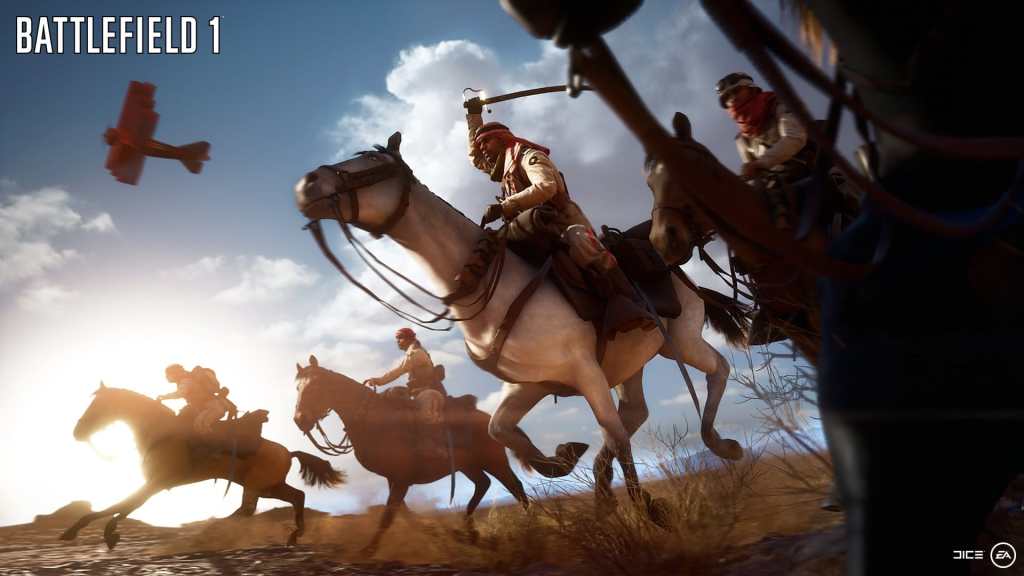 Battlefield 1 is indeed a refresh for the series and a lot of thought has gone into every aspect of its build from the gameplay to the message that looking back into our past through the events of the First World War can give a new generation of players today. DICE as developer have shown that lessons have indeed been learned from Battlefield 4, Hardlines and from Star Wars Battlefront along with feedback from fans to deliver quite simply something that feels very special to play. Large scale online MP action has never been more rewarding that here with Battlefield 1 but the War Stories campaign serves a great purpose in telling the stories that many of the players of Battlefield 1 may not have come to know or have any real sense of with years of playing modern or futuristic based shooters. By taking the action back to a time of more basic vehicles and weapons, Battlefield 1 puts the focus right into the action and gameplay which then encourages more strategic team work and communication to tackle the objectives.

From leading a cavalry charge against an enemy camp to flying a World War One bomber over a target area to experiencing trench warfare as mustard gas is surrounding your position, Battlefield 1 ticks so many boxes and truly heralds a return to form for this series that it very much needed in the eyes of fans. It is tough to say there is a more satisfying shooter out there right now, but it is a welcome feeling to say that Battlefield is once again back to its very best and other shooter series will need to take notice and learn from this successful reboot looking forward.

You broke the Eternia Crystal, so now you must protect each one you find.
Gaming

INTRO - A Dystopian Visual Experience Dry Drowning is a...
Reviews

Someone always spoil the fun.
Gaming

First of all, I’d like to provide a disclaimer...