Win The Comedian’s Guide To Survival on DVD

To celebrate the DVD release of The Comedian’s Guide To Survival, we have three copies to give away. 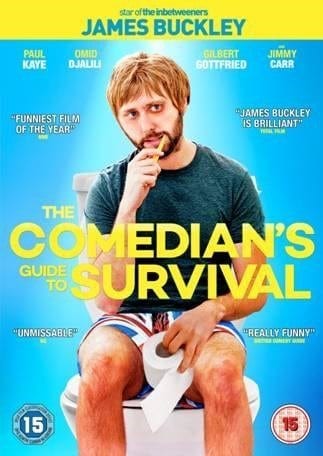 Struggling comedian James Mullinger (based on the eponymous, real-life comedian) has come to a crossroads in his life; no one wants to see him perform, his wife is fed up, and his day time boss has given him an ultimatum – take a promotion and never do stand up again, or stick to the comedy and lose his job. To add salt to the wound, his boss, the editor of COQ Magazine, wants him to interview the greatest comedians in the UK and North America for an upcoming comedy special.

Recalling his own worst performances and the disasters that followed, James analyses where it all went wrong, and finds himself steering the interviews to his own interests, rather than those of the magazine’s. Through spending time with his former heroes, a faint glimmer of his passion for stand-up comedy begins to stir again…

We have three copies of The Comedian’s Guide To Survival to giveaway on DVD.

Win The Comedian’s Guide To Survival on DVD

THE COMEDIAN’S GUIDE TO SURVIVAL, coming to cinemas and digital platforms from October 28th and on DVD from October 31st, courtesy of Signature Entertainment.

Andrew Edneyhttps://moviesgamesandtech.com
I am the owner and editor of this site. I have been interested in gadgets and tech since I was a little kid. I have also written a number of books on various tech subjects. I also blog for The Huffington Post and for FHM. And I am honoured to be a Microsoft MVP since January 2008 - again this year as an Xbox MVP.
Previous articleGrap your Snow board as “Mark McMorris Infinite Air” is out now
Next articleWin Teen Wolf Seasons 3, 4 and 5 on DVD